BGIS Round 3 Day 3: Results And List Of Qualified Teams Here

Know the results of Day-3 of BGIS here.

BGIS Round 3 Day 3: A total of four groups played on the Day 3 of BGIS and after the final results, 16 teams qualified for the next round including Team XSpark also known as Team X. Moreover, some invited teams like Mayhem and Marcos Gaming, and Blind were eliminated.

TSM dominated their group and grabbed 110 total points which is a record till now in the tournament. However, teams like Godlike are yet to play their matches and it will be interesting to see, who beats them. So, let’s see the full results of Day 3.

Fan favorite teams like TSM and Team X spark successfully qualified for the next round. Moreover, they will compete in the semifinals of BGIS where we will witness some of the top teams.

Let’s have a look at the teams, who made it into the next round.

TSM started their campaign on high and finished 2nd in the first match. However, they managed to grab the highest points as they had 19 kills. Further, they won the rest two matches, the last one with 31 kills. 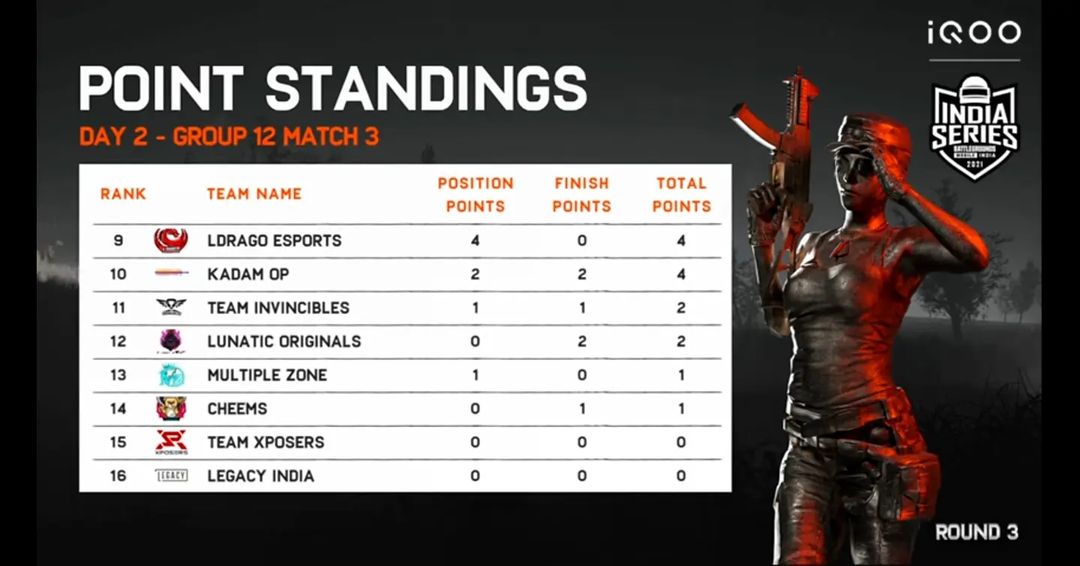 SIN official won the first match with 14 points and grabbed a total of 29 points from the first game itself. KADAM OP tasted the Chicken dinner in the second game with 10 kills.

Revenant finished 2nd in the final match as 2OP won the game, but their consistent performance in all three matches guaranteed them the slot for the next round.

X Terminator esports surprisingly won the first match. Fan favourite Team Xspark failed to make an impact in the first game, but finished 4th in the second game. Moreover, the team grabbed 13 kills and which took them to the second spot in overall points. X Terminator managed to grab their second consecutive win.

The third game was won by Team RedX Cross, but again Team X spark came on top because of high kills and qualified for the BGIS semifinals. 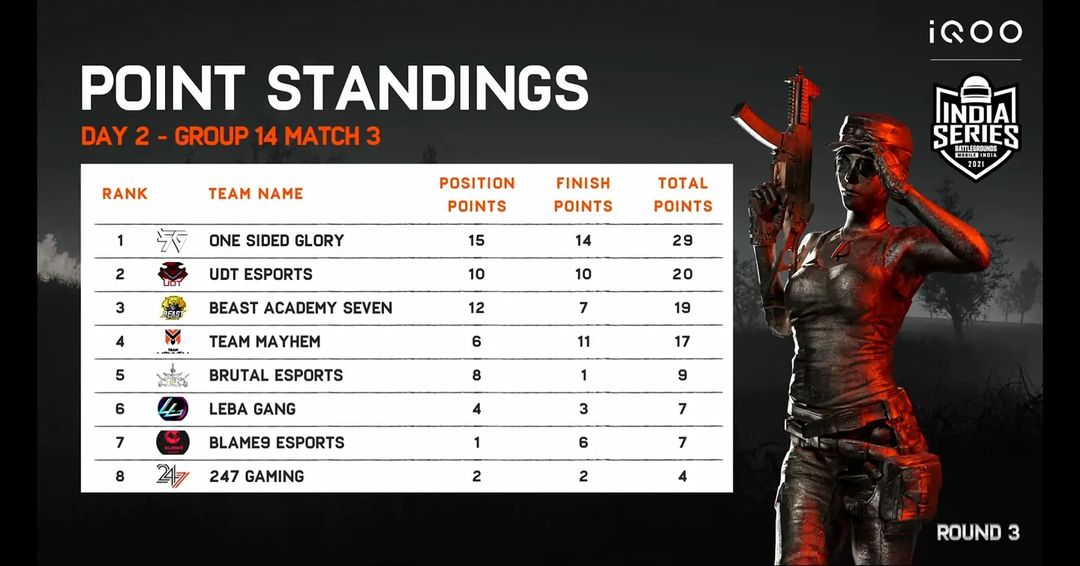 UDT won the first game with grabbing 13 kills. Moreover, Force one finished second with 12 kills. 247 gaming came on top in the map of Miramar as they won the game with 10 kills.

The last game was won by One sided glory, who bagged 14 kills in the final game and ensured their seat for the next round.

So, these were the match reports and results of BGIS Round 3 from Day 3. Drop your favorite team name in the comment section and let us know, whether they qualified or not.