BGIS Round 3 Day 2: 8Bit Out of Tournament, Overall Standings

BGIS Round 3 Results: The 2nd day of Battlegrounds Mobile India was full of ups and downs as many of the invited teams were eliminated. However, fans’ favorite Soul qualified for the BGIS next round, which is going to be the semi-final round.

Teams like Chemin esports, 8bit, and Hydra Official were eliminated. Yesterday on Day-1, Velocity gaming was a surprise elimination for fans. So, let’s see which teams qualified for the next round.

A total of 4 groups played on Day-2. Furthermore, all the groups played three matches each; two on Erangle and one on Miramar. The top four teams from each group made it into the next round.

So, let’s see which teams are going into the next round after the Day-2 performance at BGIS.

READ MORE: PUBG PC and Console will be Free to Play in 2022: All you need to know

Note: These points are not announced officially yet and are calculated on the basis of official points distribution.

MF esports won the first match in a dominating fashion. However, teams like 8bit finished strongly too, but saw a downfall in upcoming matches.

Team Forever won the second and third match of Miramar and almost secured their semifinal slot. 8bit finished 14 in the last match and only managed to grab one point.

Reckoning made a strong start as they won their first game with 12 kills. Despite winning the second match NFC Fearless finished second on the points table as they only managed to grab 5 kills. 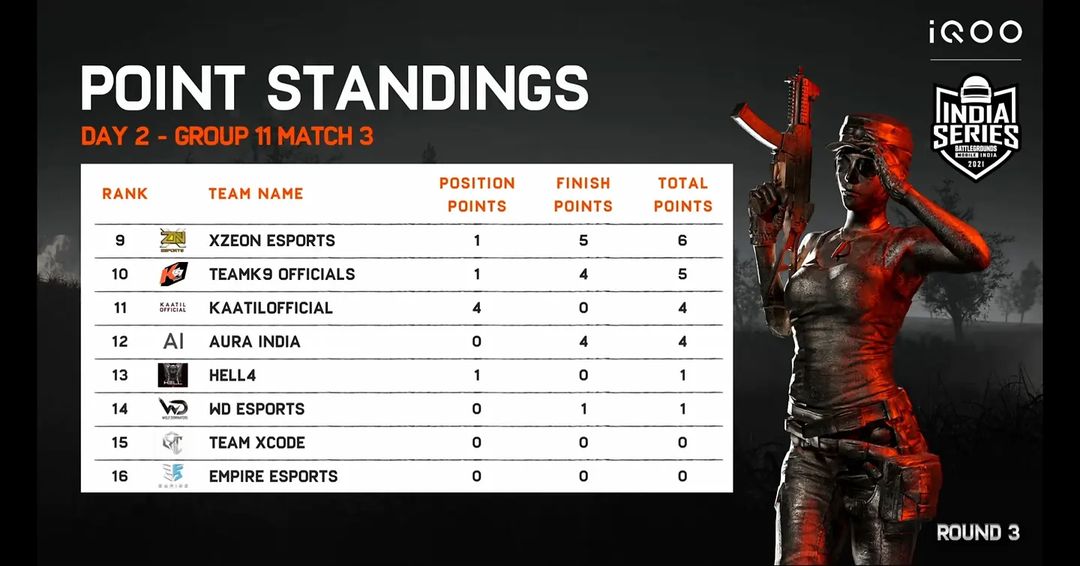 Group 11 was not streamed where Hydra and Shemin esports were playing. Only glitch secured 30 points from the first match only as they grabbed the WWCD with 15 kills.

Team K9 and Celsius esports won the following two matches and secured their qualification on Day 2 of into semifinals of BGIS.

Fan-favorite group 13 where teams like Soul and Orgless 5 were invited. Moreover, Soul managed to finish 4th despite winning the first game of Erangle and qualified for BGIS Semifinals.

So, these were the results from Day-2 of BGIS round 3.