Is Goku going to be in Fortnite? Will Fortnite be entering the anime world? Find answers to all your questions right here.

Goku Fortnite: There is a new skin leak that might soon be coming to Fortnite. According to this leak, there will be multiple skins releasing during the release of Season 8. Even ShiinaBR tweets about the same. However, we will tell you all about the Goku Skin in Fortnite for Season 8 right here.

Who Actually is Goku?

Almost everyone knows the male protagonist from the late Dragon Ball show. There are multiple shows that follow after the Dragon Ball, Dragon Ball Z, Dragon Ball Super. In all these the main protagonist never fails to amaze the crowds. He pulls off the most insane fights amongst every character and antagonist in the shows.

Since he is a really strong character and has different forms in the actual show, we might even see some more variants of the skin in Fortnite. This can include his Super-Saiyan form, Ultra-Instinct form, even the Gogeta (Goku+Vegeta) form (now that would be awesome!).

Is Goku in Fortnite?

Goku is not yet out. According to a leaker we found that we could see Goku in the next season. This doesn’t confirm anything but Fortnite has show interest in the anime world for a while now. There are leaks that suggest the Naruto Skin in Fortnite as well.

The new partnerships of Fortnite include the Ferarri 296 GTB, NBA, and many such similar big names for the fact. This is why you might soon expect this skin in Fortnite.

Why is Kakarot being Speculated for the Next Season 8 in Fortnite?

The famous Goku will be coming to Fortnite according to a tweet from ShiinaBR that reveals much on the upcoming Season and other leaks:

UPDATE: I have received video evidence from one of the r/FortniteLeaks moderators of the private conversation with said insider.

The video evidence was recorded on mobile (iOS) and appears to be genuine. If(!!) it’s real, the insider has leaked MUCH correctly in the (near) past. https://t.co/kQTqaRCwcc

And this is not the only reason we think Goku is going to come in the upcoming seasons. There is a Dragon Ball World Map in the Creative maps of Fortnite. Of course, there are a lot of Creative maps, but this shows that Fortnite is interested in the Dragon Ball World as well. We might soon see the Goku Skin in Fortnite Season 8.

How will the Goku Skin look like in Fortnite? 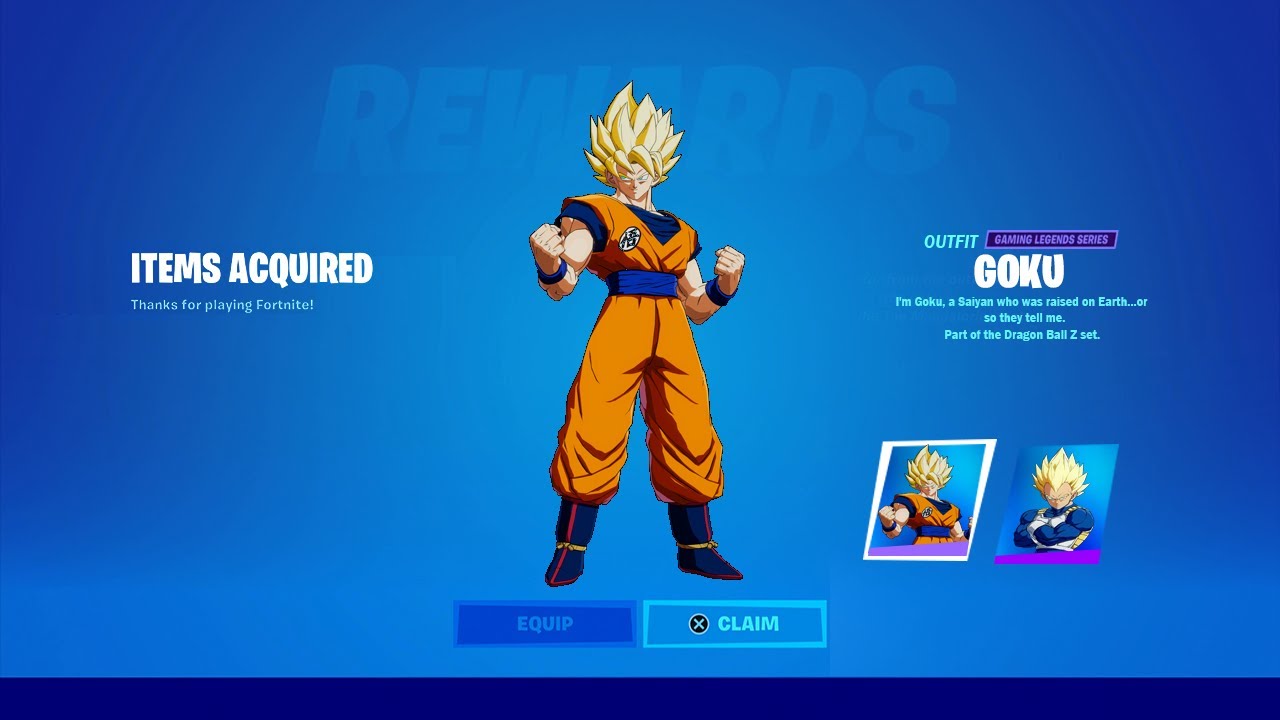 We are expecting the Goku Skin to look a lot like the Rick Sanchez or Gildedguy skins in Fortnite. It will have some 3D looks to it but nothing to prove the same. Earlier today D3NNI on Twitter releases a Goku Skin that looks a lot like him.

Besides, the Goku outfit, we can also expect the Vegeta skin with him. This can be during the release of the Naruto skin as well. However, this is all speculation and data from leakers. So, keep your eyes wide open for this skin to soon make a grand entrance.

Fortnite Loot Llama: How To Get It In The Game Chapter 3?

What Is Shop Token In BGMI, How To Claim Guns From...