When will PUBG New State Release in India: 11th November 2021 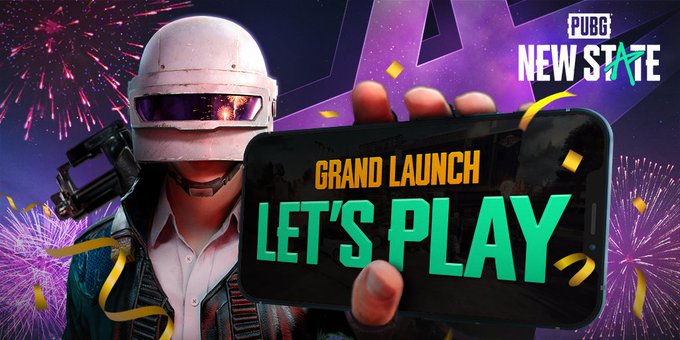 When will PUBG New State Release in India and Other details: Finally, the PUBG: New State is going to release in the Indian gaming market. Furthermore, New State is going to be released in a few countries and India is one of them. Then, you can be one of few players who will experience the taste of Kraftons new version of PUBG.

It’s been months since the PUBG New State was announced by Krafton Company. Then every PUBG fan is waiting for the day when they can play this game. Then they also run the Alpha test and pre-registration of the game.

First, Everything and tests are completed and the game is finally ready to launch in the Game Market. Furthermore, in this post, you will read about the release date and other game information about the game.

When will PUBG New State Release in India?

Hello, Survivors!
Prepare your first steps into the Battlegrounds with this quick guide to get you started!

First thing first, What’s the actual release date of the game? Well, it’s going to be released today on the Google Play Store and App Stores. Furthermore, the timing is 09:30 in Indian Standard Time.

The information comes from the PUBG New State Twitter account itself. Furthermore, Twitter has the caption of “PUBG New State is going to release Tomorrow.” Well, yes it is a day old tweet and Tomorrow means Today at the time of writing this article.

Other Details about PUBG New State:

It all begins tomorrow! Check out our final rendition of the D-Day series as we introduce the game's Survivor Pass system.#pubgnewstate #dday #launchday pic.twitter.com/kxvF4lsdtB

On the other hand, PUBG New State is coming with a Science-Fiction theme. Furthermore, the background is going to be Future 2051 where you get advanced technology. Then it means you also get different types of weapons and cosmetics in the game.

Currently, there are many PUBG versions available with different themes and mechanics (not really). For Example PUBG, PUBG Mobile, Battleground Mobile India, and Now we have PUBG New State. But every game is quite different from the first and has quite engaging mechanics.

Every Terracotta Block in Minecraft: Everything You Need to Know

How To Get Fishbone Charm And Poro Gunbuddy in Valorant