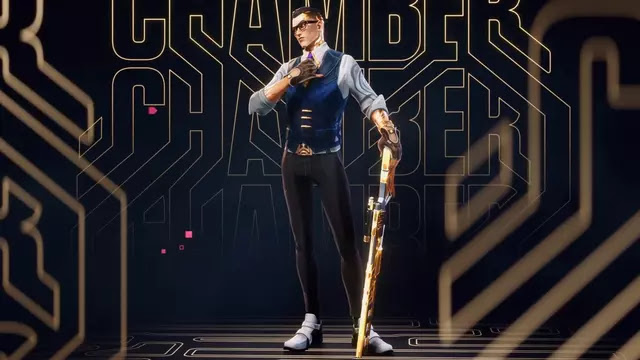 New Valorant Agent Chamber – Release Date and Abilities: Good news for Valorant players because the game has announced the name of the next agent with its release date. Well, Today in this blog post you will get all the information about Chamber the new against and Valorant’s upcoming updates.

After a long wait, Finally, Valorant is finally going to release the new Agent in the game. The release date of the new agent is November 16, 2021, after the Act III update. Moreover, The company Twitter account says that the Chamber is going to be available in the game after the release of Episode 3 Act III and it will happen on November 1, 2021.

On the other hand, Riot Games have said in a blog post on their website that they will release a New Character or you can say agent in the game. They also say that the new agent will come up after two weeks of update.

What are the Abilities of Chamber?

Chamber Agent Reveal Trailer is LIVE! Click the link below to watch!https://t.co/oYR7A75xyN pic.twitter.com/HvKsD5ZIOt

This character is going to be extremely helpful when it comes to Defending and Securing in the game. You can see other Chamber Valorant abilities and his toolkit below:

I hope you like this blog post about the newest and 18th Agent in the Valorant game with amazing abilities. I like this agent and his abilities. What you think about it, let me know in the comment section!

Free Fire Diamond Hack Link: How to Use It?

Ipointsr.com Free Fire Hack Generator: All You Need to Know