Role of Lightning Rods in Minecraft

This article gives a description on the role of lighting rods that are used in Minecraft. 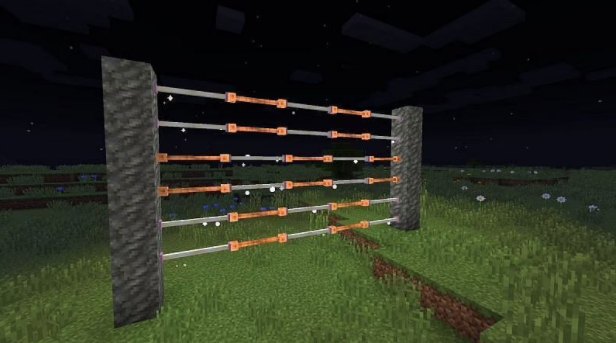 This article will give the description about the Lightning Rods in Minecraft. This will specify the role. In the above image, you can clearly see the lightning rods aligned in an intriguing manner. Copper may be mined and used for a variety of purposes, including a spyglass and a lightning rod. So, here is everything you need to know about Lightning Rods in Minecraft is right here.

Description of The Lightning rods in Minecraft:

One of the most useful improvements to the game is lighting rods in Minecraft. The making procedure is straightforward, requiring only three copper ingots. After mining raw copper and smelting it in a furnace or a blast furnace, and these can be obtained. Put them in the crafting grid’s centre and start crafting.

This is helpful for a variety of reasons. Several players construct their homes out of wood, which will catch fire if struck by lightning. If a player does not intervene quickly enough, the house will be burned down. If players reside close or in a forest, this can also help them escape forest fires.

Lightning rods can also deflect trident-wielding players’ lightning blasts. Lightning rods will protect players from lightning no matter where another enemy aims them, when attacked.

Additionally, when struck by lightning bolts, lightning rods in Minecraft can transmit a Redstone signal.  Allowing for interesting new Redstone electronics applications during poor weather. For gamers who prefer constructing structures out of more flammable materials, lightning rods can be a big help. As a result, they are a prudent long-term investment in preventing fires.

2- Ensure that mobs do not morph into something more harmful. A villager struck by lightning, for example, transforms into a witch.

3- On purpose, create mobs (and collecting their drops). Simply place a villager in the centre of a small space with a Lightning Rod and wait for it to be struck. It’s a little savage, but it works.

4- It can also get copper blocks cleaned of oxidation. Simply lay the Lightning Rod on top of the copper and wait for it to be struck; the greenish colour will go.

5- When struck by lightning, the Lightning Rods in Minecraft emits a Redstone signal, allowing it to be used in a Redstone circuit.

Also Read: How to get Honeycomb in Minecraft?