Is There Really a Segregated Bathroom in Fortnite?

So, is there really a segregated bathroom in Fortnite? Can you find it in-game? Why is it there in a game like Fortnite? Find the answer to all your questions below.

Fortnite Segregated Bathroom: Some players believe that this might be a myth since the new Martin Luther King Jr. event has come out. Did Fortnite actually add a segregated Bathroom in Fortnite in conjunction with the new MLK Event? Read below to find out.

People are circulating a lot of photos on their social media regarding the segregation of Bathrooms in Fortnite. Some go as far as to combine it with Rick and Morty. Now, is this entirely true?

Is There Really a Segregated Bathroom in Fortnite?

This is a really controversial topic and something we don’t really know about much. Some players are calling it a Rick and Morty segregated bathroom. Now we know that this can be a possibility considering how crazy Rick is. And he absolutely despises Morty too. But this doesn’t even come close to explaining why Fortnite would add a segregated bathroom especially for them.

Even in the tweet above you can see the mention of Rick since he’s in the frame. But is it actually true? Did Fortnite add it just because of Rick’s hatred of Morty?

How to Hunt Wildlife in Fortnite? Know all the details from our guide here.

We aren’t entirely sure if the bathroom actually belongs to Rick and Morty. You can disregard this but since there is actually Rick standing in it, it’s still a small possibility. But there are other perspectives to it as well. 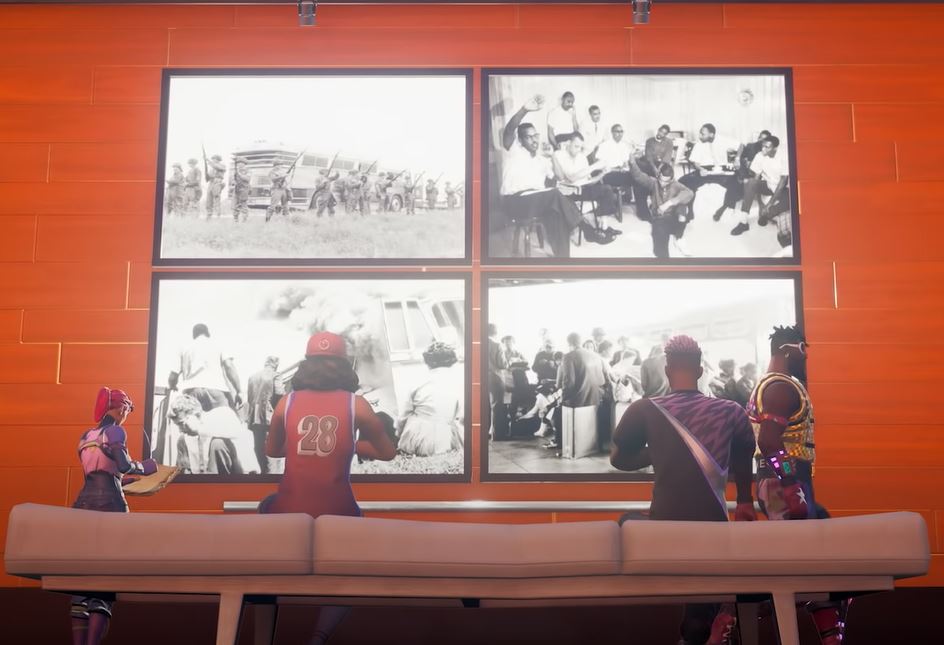 There is another possibility that this was added in the Martin Luther King Jr. Event of ‘March Through Time’. Basically, Fortnite is supporting history this time with Martin Luther King. In the ‘I Have a Dream’ speech he also mentions ‘…in the dark and desolate valley of segregation.’

It’ll make a lot of sense if this is in conjunction with the current event in Fortnite. This will give the event a patriotic sense and the actual fight for justice that Martin Luther King did for Civil Rights. Of course, this was back in 1963, in Washington D.C. and since then racialism is not promoted in any other games either.

But was this an adequate enough or major reason for a Segregated Bathroom to be placed in Fortnite? The crucial question being, is Fortnite making it intentional so that players can experience the theme of the MLK event.

Is it Even True?

From the picture you see above, it is highly unlikely that someone would actually go ahead and edit an image of Fortnite and take so much trouble. It is still a question that’s vague since we have limited information about this specific bathroom. If you’ve spotted the Segregated Bathroom in Fortnite, please make sure to tell us its exact location in the comments below.

Also, get all the details about the Rare Doodler Wrap in Fortnite.

Apart from this, this may just relate to the very recent event from Fortnite of Blowing up a Toilet with a Grab-itron. Players have to launch the toilets using a Grab-itron in Fortnite. And this will contribute to your Season 7 Battle Pass with 30,000 XP for blowing up a segregated bathroom in Fortnite.

do water relay race then you get awesome bathroom 🙂

Have you found it in the game yet? 😛