Is Pokemon Unite Really a Pay to Win?

Pokemon UNITE is available for Nintendo and will soon be there for Android. But wait, players are complaining about this Pay to Win structure. Do you know about it yet? Find out below.

Pokemon Unite Pay to Win: A lot of players across the world are calling the new Pokemon game a Pay to win model. However, this might not be entirely true. It is probably the first Pay-to-win where players can actually get a small advantage in competitive. Also, find how to play Pokemon Unite here. But does this really make the game Pay to Win? Find out below.

Pokemon Unite is the first Free 5-on-5 MOBA for Pokemon. Although, this doesn’t define the game completely. There are a lot of features of the game that you can find below:

This Pokemon MOBA has only launched for Nintendo Switch so far. But don’t worry the game will be making its first appearance in September for the Mobile gamers out there.

This is an update and Pokemon Unite is released on the 22nd of September 2021 making its first appearance for iOS and Android users.

How to Play Pokemon Unite?

Pokemon Unite is a Communicative 5v5 MOBA. Here you’ll team up with your friends to go against another team. Before the start of the match, you can see the opponent’s pokemon which will help you determine who you want to fight against.

Work against your opponent team to outpace them by evolving your skills, leveling up your pokemon, and stopping them from scoring more than you.

Is Pokemon Unite Really a Pay to Win? 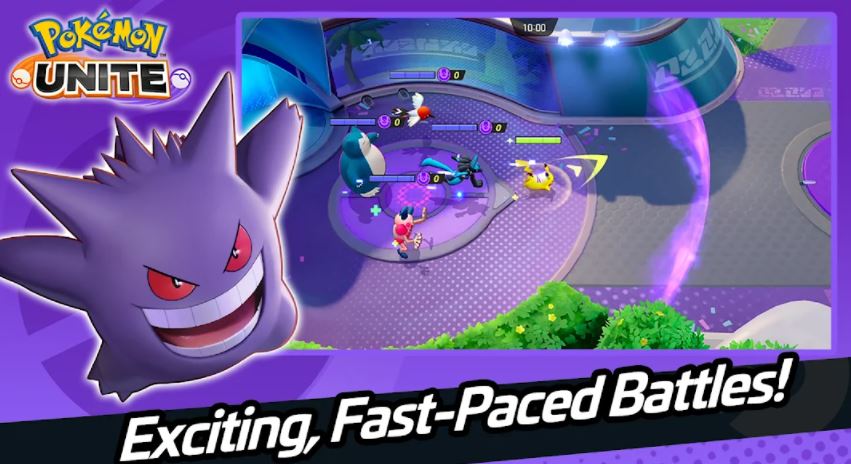 A lot of players are actually speculating this since all the Pokemon are available to ‘buy’. Unfortunately for the F2P side, they’ll have to unlock all of the Pokemon individually. This is not all, there are specific attack, defense, speed, and HP stats that you can boost individually.

And this is really where the pay-to-win side shows up. You can buy such stats enhancers and stack them up (up to 30x). Players can earn Aeos up to 2100 Aeos Coins which can be used in the Aeos Emporium, this is where you get the item enhancers. Even the upgrades for them cost you money or you can choose to do it the hard way.

It truly is insane, how you can just stack victories in competitive using stat boosters and enhancers. In order to show how overpowered the item enhancers are you can watch the video below:

Check out Blissey’s moves and other details from the Pokemon United Official Site here.