The launch of Pokemon UNITE on Mobile is now live and you can play it on Android and iOS. Fins everything about the New Battle Pass and other upcoming details below.

Pokemon UNITE Mobile: Pokemon UNITE announced its maintenance patch on September 23rd. And the patch was scheduled from 2 AM CT to 12 AM PT.  When the maintenance concluded the official launch of Pokemon UNITE took place with over 7.5 Million pre-registrations and the start of a new Battle Pass.

Pokemon UNITE is now finally available for mobile devices i.e. iOS and Android users. The launch took place after the maintenance of the game. During the maintenance, the Aeos Islands were closed. But after a long patch, they are now finally back.

Before this Pokemon UNITE was only available for Nintendo users and had a lot fewer features. But with this maintenance patch, we will be seeing a whole new Battle Pass. And not only that, Mamoswine and Sylveon will also be making their way into the game very soon!

With the end of the first Ranked Season in the game, we are now going to see the new season release with the patch. The name of the new Battle Pass is going to be ‘Galactic Ghost 094‘. This comes from the infamous ghost of Pokemon, Gengar (with Gastly and Haunter) coming with the Holowear.

And apart from all this, the new Battle Pass will appear with a new space theme, Holowear outfits, and many more cosmetics in Pokemon UNITE Mobile.

Furthermore, there is the Pre-registration campaign, Zeraora Mission, Super-held Item Enhancement Mission, and Max-Grade Trial campaigns for the mobile version as well. You can check them out while they are life.

Crushing With Over 7.5 Million Pre-Registrations!

Pokemon UNITE has over 7.5 Million Pre-registrations with the launch of the game just a few hours ago. And with this, they also decided to add an additional 1000 Aeos Tickets to the campaign rewards with this milestone. 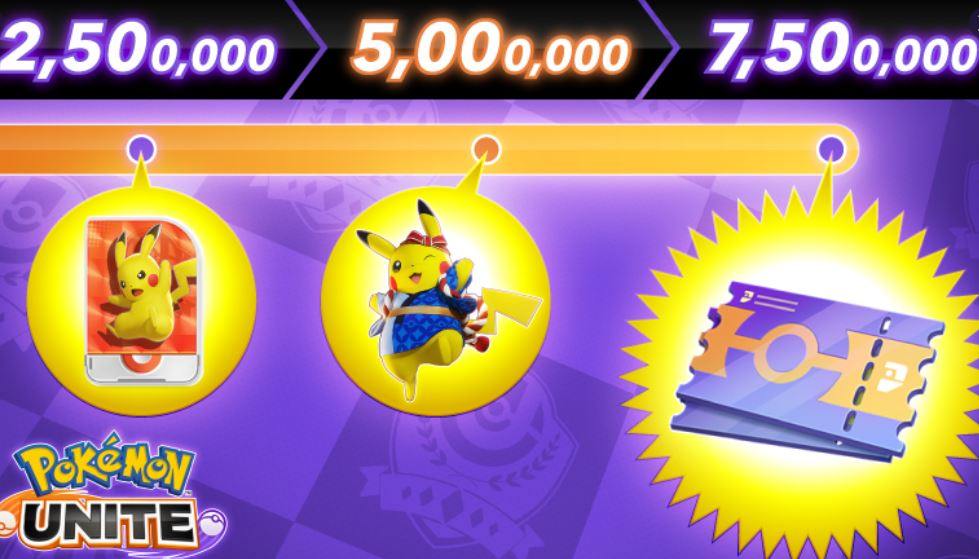 Although the campaign rewards are out by now, many players made claims of not being able to redeem them. Don’t worry if you weren’t able to either since they’ve taken care of it now. You can also see about it on their official Twitter account.

Players are also facing some glitches in the game because of the new launch. But we do hope that the issues will be resolved very soon. Do leave a report in the Appstore or Google Play Store to them for review.

Do you think Pokemon UNITE is actually a Pay-to-win?

We’ll keep you updated with further news, the latest updates, and releases on Pokemon UNITE Mobile. Keep following us for more such content right here!

BGMI Download For PC: How to Play BGMI on PC?