Axolotls in Minecraft: Everything you Need to Know About Axolotls Animal 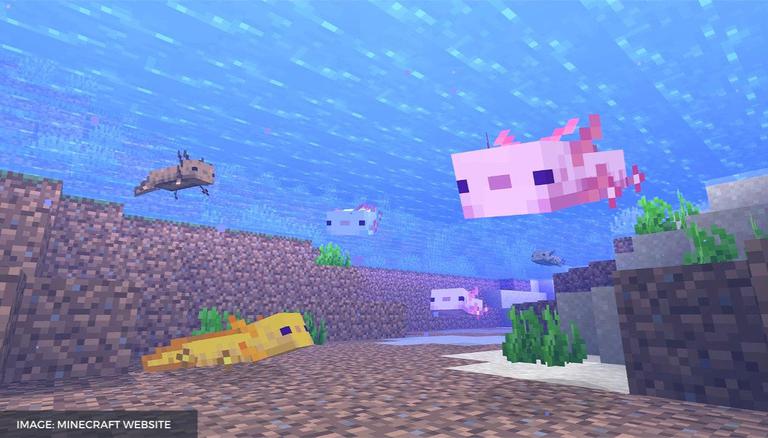 The axolotls are a new mob animal that will be coming in Minecraft with the 1.17 update. They are very friendly to people; therefore, players can keep them at home as well.

Minecraft is an online and offline survival mode game where players have to make utilities for themselves with the help of their surroundings. There are forests, jungles, deserts, oceans, snow mountains, glaciers, etc., which is a great place to make tools in Minecraft.

Here’s everything you need to know about Minecraft Axolotls.

How To Tame Axolotls in Minecraft?

Unfortunately, Axolotlss can’t be tamed. Players can simply take them to the home and breed them. To breed them, give them a bucket of tropical fish to eat. Doing this will give birth to younger Axolotls. As a result, they reproduce hereditary random colour.

Where to find Axolotls in Minecraft?

Does Minecraft Axolotls attack other Mobs?

Axolotls do not attack dolphins or turtles. They leave these animals alone. But if there is a Drowned Zombie, they can attack it. It can also fake dead and gain Regeneration. The power of Regeneration can be temporarily equipped by the player only when he is killing the mob.

Axolotls eat Tropical Fishes, which can be found in Oceans Biome. However, tropical fishes are quite hard to catch. Hence, try to catch them patiently with a bucket.

No. Axolotlss can’t sink Underwater; instead, they go underwater to kill some mobs. Furthermore, it spawns near water source under sea level, which shows they can’t be drowned at all.

Related: How To Make Tools in Minecraft?