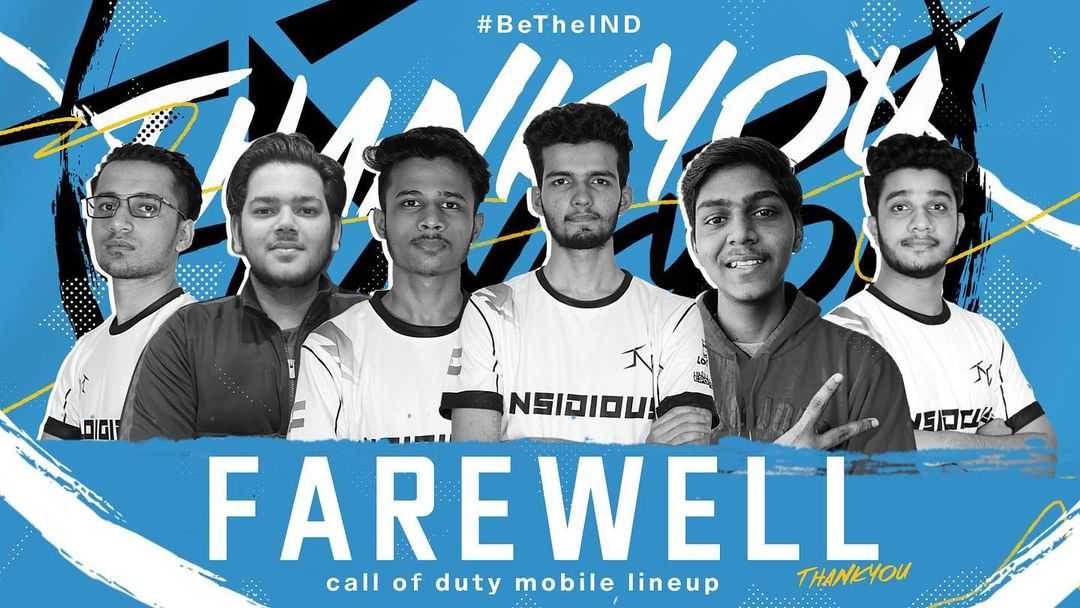 “It’s been a great journey with these folks, adventures, sorrows, celebrations … Thanks for all the memories. For being such a good sport. Thanks for being a part of us. Our best wishes to all of you for your future endeavors.”

One of the most popular esports organizations from India, Insidious Org was founded by Krishna “Warlock” Kanware. Furthermore, they are one of the first eSports organizations which represented the country on the global stage. Moreover, they have represented India multiple times in the international scene of PUBG Mobile. However, the CODM team also hoped to represent the country on the global stage of Call of Duty Mobile Esports. But unfortunately, they couldn’t qualify for the first-ever Call of Duty Mobile World Championship 2020. Meanwhile, in that event, Team Mayhem was crowned as the winner of regional qualifiers and qualified for the world finals. Although, due to the Covid-19 Pandemic, World Finals have been cancelled by the organizers.

Call of Duty Mobile is a mobile version of the world-famous Call of Duty franchise. Therefore, it is one of the best mobile first-person shooter games. The game is developed by TiMi studio and published by Activision. After the cancellation of Call Of Duty Mobile World Championship 2020, all the competitive players are waiting for new Tournaments. The game is also top-rated among FPS lovers. Everyone is waiting for the introduction of an esports ecosystem of the game where regional qualifiers leagues will take place.