Group Stage is going on for PMCO 2021: Spring Split across multiple regions. Today we will witness the matches of day 4. Organizers have found a large number of teams using hacks in the game. The teams got disqualified from the event, and the players got ban for 1 year from all competitive tournaments. 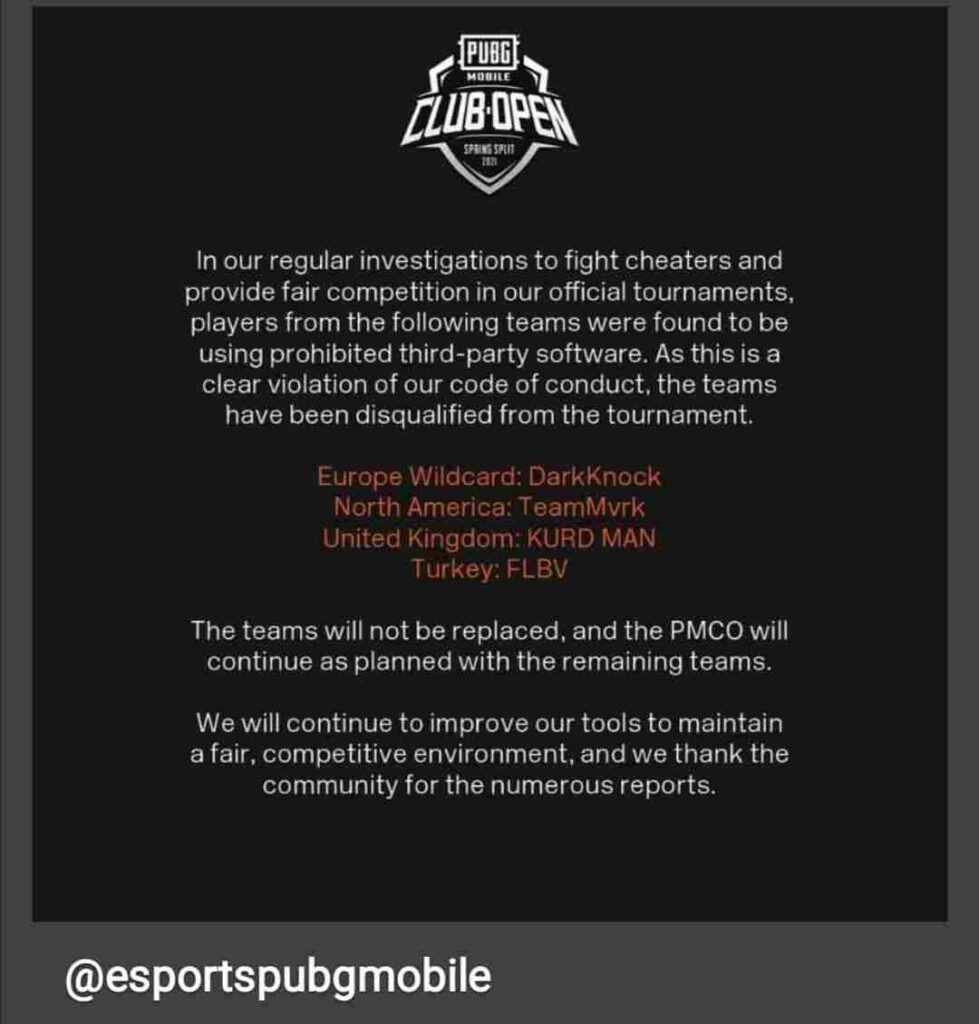 In PUBG Mobile Pakistan Challenge, many teams boycotted the finals due to hackers. The officials checked the evidence and banned them. That is happening again where we have seen more than 7 teams got from the PMCO 2021: Spring Split from different regions.

PUBG Mobile Esports has announced on their social media pages,

” In our regular investigations to fight cheaters and provide fair competition in our official tournaments. Players from the following teams were found to be using third-party software. As this is a clear violation of our code of conduct, the teams have been disqualified from the tournament. Europe Wildcard: Dark Knock North America: TeamMyrk United Kingdom: KURD MAN Turkey: FLBV. The teams will not be replaced, and the PMCO will continue as planned with the remaining teams. We will continue to improve our tools to maintain a fair, competitive environment, and we thank the community for the numerous reports.”

Team Sutra, ROV Esports, DarkKnock, TeamMvrk, KodXrog, and FLBV got disqualified from their regional PMCO. Officials are thoroughly checking all matches from all regional PMCO. We might see more teams get ban in the upcoming days. But what about the teams who couldn’t qualify for the group stage due to these hacking teams.