Among Us Server Issue: How To Fix Server Problem

Among Us is a highly popular game all over the world. So, many players reporting about Among Us server issue which is basically due to the popularity of the game rises too quickly. Among Us is developed and published by a top American gaming studio InnerSloath and the Among Us released on June 15 2018 for Android/iOS devices and for Windows it was released on 17 August 2018.

Players are facing server issues while trying to join the game like “Disconnected from the Server” or ” Matchmaker is full” this could be because Among Us has been growing for the last few months. Among Us has reached a record of 1.5 million concurrent users, so this could be the reason that the Server got disconnected and players have to join the game again after restart. So, we will tell you How to fix the Among Us server issue i.e., “Disconnected from the server” and “Matchmaker is full”.

How to fix the “Disconnected From The Server” Problem 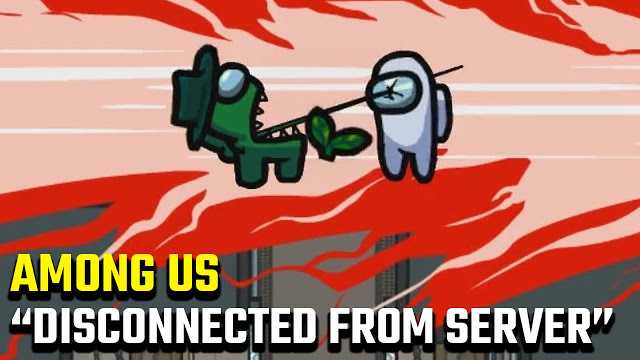 As the number of player increases in the Among Us game the game started showing server issues like Disconnected from the server and Matchmaker is full.

As many players reported that they are facing Among Us server issue after joining the game, basically this error prevents them from entering into the game and immediately disconnect them from the server.

Most probably this issue caused by the server end so the user doesn’t need to do anything. This error only comes when the server getting to much high traffic, we will tell you away so you can fix it by changing the region away from North America. The North America server is one who takes the most load which is the official of InnerSloath mentioned on a Tweet.

Another thing that we need to check that your game is up-to-date or not. If not then you need to update the game to the latest version of the game which is v2020.9.9. After updating the game to the latest version of Among Us i.e., v2020.9.9, try to change the server region of your installed game away from North America to any server which gives you reasonable ping, so that you can enjoy the game without any disconnection of the server.

Among Us update was rolled out on 16 September 2020, so make sure you have updated the game in which the developer tried to fix this server issue.

To Update/Download the Among US on PC please follow our article where we have already mentioned the easiest way to download the Among Us, you just need to Click Here to read the article. For Android/iOS users the method to install the latest version Of Among Us v2020.9.9 is different than the installation process of PC users. So, we will tell you how you guys can update the game.

Make sure you update #AmongUs to v2020.9.9 , this newest version has 6 digit room codes so no more weird room joining issues! https://t.co/p95BC9QvPO

For Android and iOS users, you need to open your app store then go to the search option, after that try to search the game name. You will get an update option if your game is not up-to-date, just click on the update button and you are done. Now, Among Us has been updated to its latest version v2020.9.9, and then try that you are able to connect to the server or not.
Make sure you have updated Among Us to its latest version else you are not able to play Among Us online soon, which they have mentioned in their official tweet. This newest version also has come with the 6 digit room codes so no more weird room joining issue you will see.

Vijay Rana
Vijay is the Co-Founder of MoroEsports. By profession, he is an engineer.

Among Us Update: Changes, Download Link, All You Need To Know

Among Us New Map Airship : Release Date, and Information You Need to Know

Among Us in CODM: New Game Mode Leaked