The QR Code has been in sight for a while now. But what actually does it mean? How many are there? Find everything about the QR Code from us here. 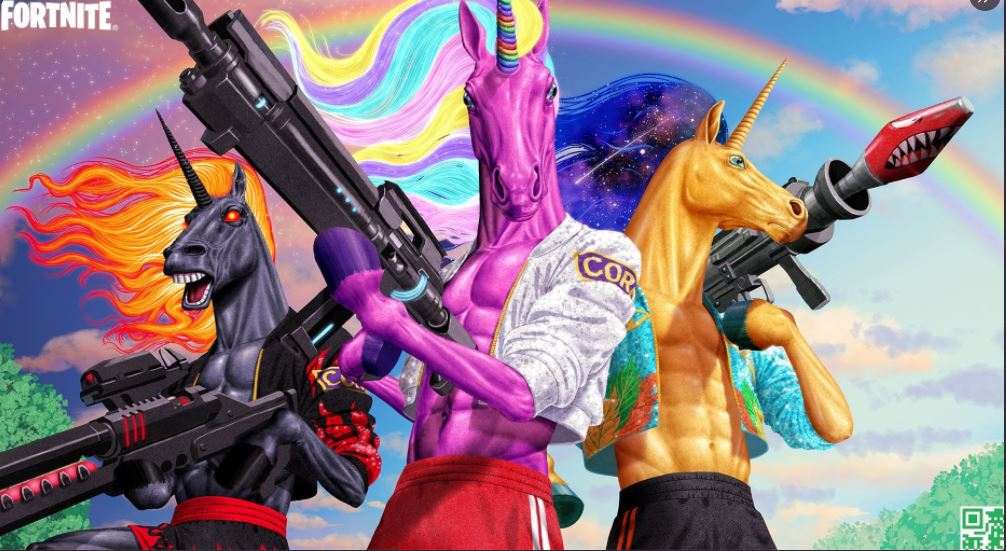 Fortnite  Chapter 2 Season 8 QR Code: Fortnite Season 8 is going to be out very soon. And Fortnite is making it even spicier this time. Apparently, there are parts of images that reveal a QR Code. If you haven’t spotted the QR Code yet or don’t know much about it keep reading to find out more.

What is The QR Code in Fortnite Chapter 2 Season 8 For?

Although we have found the QR Code partially it is still a mystery to what it will reveal. The QR Code is distributed on 3 images so far that we are going to discuss below. After the release of the fourth image, we will have the complete QR Code for Fortnite Season 8 which you can scan to know what’s inside it.

Have you checked out the New Flutter Skin in Fortnite yet?

After this, we have Yuki Kamado from Demon Slayer who seems to be beside Fabio Sparklemane. This is because the image has again 1/4th of the QR Code on the bottom left. Another astonishing addition by Fortnite from the anime series.

Yuki Kamado is the main protagonist of the Demon Slayer: End of Silence series. She is also one of the moon pillars of Demon Slayer Corps working under Muzan Kibutsuji.

Everyone’s favorite JB Chimpanski is now also going to be in Fortnite. And you couldn’t have probably missed the QR Code’s part of the Top right of the image. So far we only have these 3 images that have the QR Code on them. JB Chimpanski will be waiting to give out his first orders in Fortnite very soon.

Fortnite will probably not release a QR Code separately but rather leave us with the parts of them. As soon as we have the fourth QR Code we will try to gather information on it and let you know ASAP.

Our conclusion from the Fortnite Chapter 2 Season 8 QR Code is that it may bring us to some more leaks from Fortnite or some other news. This may also relate to the new Carnage Skin coming to Fortnite from their teaser.

ALSO READ: Where and How to Destroy the Alien Eggs in Fortnite?