Why is There a Countdown on Fortnite? 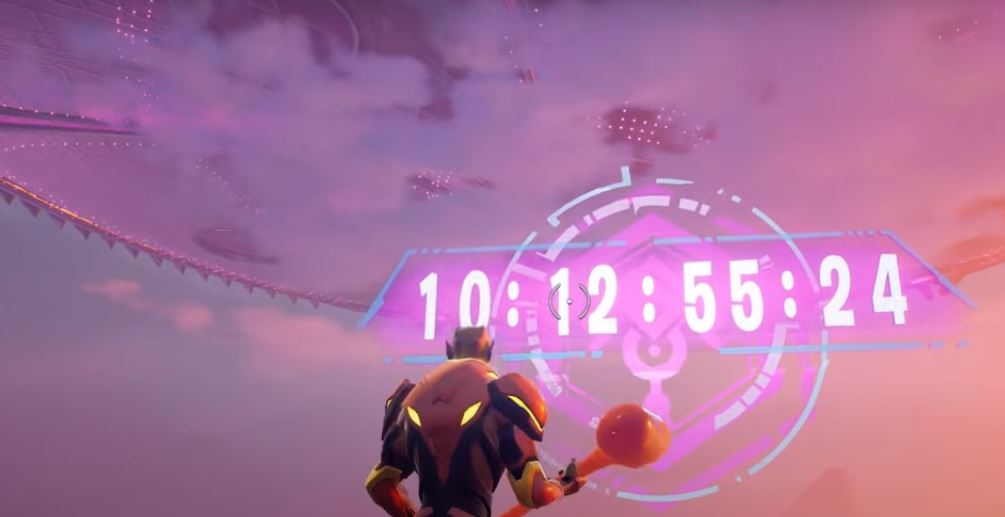 Why is there a countdown on Fortnite?: Fortnite just released the v17.21 patch notes. However, since the beginning of the new update, there seems to be something fishy about it. ShiinaBR has confirmed the timer in Fortnite. Know everything about the live event countdown in Fortnite and what it will bring this time in August 2021.

In the past, we’ve also seen such timers and weird-looking symbols, clues, coordinates in some of the Fortnite YouTuber’s streams(TGPlays, SypherPK). This is a detailed guide on what the next event in Fortnite might look like.

Why is there a countdown on Fortnite?

In case you’ve noticed a timer in the game anywhere(in the Fortnite Lobby or in between the game), it will show you the time for the next event in Fortnite. The most recent event in Fortnite was probably the Gildedguy and many other content creators that created Short Nite 2. However, this doesn’t give answers to the current timer on Fortnite. So we’ve come up with a few reasons for the same.

What is the New Countdown in Fortnite For?

Some of the reasons for this new countdown can be:

A lot of data miners, leakers have confirmed the new Ariana Grande Skin in Fortnite. In order to make a flashier entrance, this can be another one of the events to introduce this skin. Something that is interesting and worth noting is ShiinaBR actually denied for this event to be Ariana-Grande-like.

Why is there a countdown in Fortnite? Destruction? What are your thoughts on this? The views from one of the Fortnite players are down below.

This speculation is made by some Fortnite fans from the recent tweet from ShiinaBR which shows the timer on the screen of a player:

A countdown has started to appear for some people! It seems to end in 10 days from now!

(Thanks to @isaacha01507221 for sending me this screenshot in DMs!) pic.twitter.com/3zbprKnnrj

If you read in the comments down below you’ll find this thread talking about the destruction of Coral Castle.

Although it doesn’t necessarily have to be Coral Castle since there is an ambiguous island if you look closely at the Fortnite trailer that is getting blown to pieces. This can also be the doing of the Master Plan from Doctor Slone continuing the story from Fortnite/Batman issues.

This is another case related to the Alien Mothership hovering since the beginning of the season. And honestly, nobody would be really expecting this from Fortnite. Even so, you can expect Fortnite to completely amaze us this time again as well. You can definitely expect this as the major reason for the countdown in Fortnite.

This can be the most likely cause since there are a lot of facts that are left uncovered in the story mode of Fortnite during season 7. The aliens land in Fortnite and are wreaking havoc everywhere whilst some of them are really helpful to us.

Although this is highly unlikely that Fortnite will host a partnership event within the game. We could still see some big brand names like Ferrari drop in recently. The blooming content creators, champions, and players (like LeBron James) are coming to Fortnite.

We are not making any claims that suggest the leaks of these particular events. But these are the likely events that can take place during the next event. We’ve placed the events in the order of their likeliness in Fortnite. Make sure to check all of them out closely. This is why there might be a Countdown on Fortnite.

When is Fortnite Holding this Event?

If you’ve observed the timer you’ll see that the timer points exactly at 6/8/2021 6 PM ET. However, this can be misleading since this doesn’t reveal much whatsoever.

The timer although holds some sort of alien numeric symbols around it. So, we can expect ShiinaBR to be right about this one as well. As far as our views are about the event it has to be related to the events that we mentioned before.

We hope that we have answered your question on Why is there a Countdown on Fortnite. You can keep updated with us for further Fortnite latest news, updates, and all events.

How To Unlock AS VAL Pollinator in COD Mobile? Detailed Steps

MG3 Light Machine Gun BGMI: All You Need to Know

How to Whisper in Valorant: Step By Step Details