Phase 1 played today where REJECT secured the top position of the daily leaderboard. Reject secured a total of 76 points while securing two chicken dinners on Day 8.

AQUOS DetonatioN Violet and Jupiter ended at second and third position respectively on the Day 8 leaderboard. Reject crowned as the daily winner fourth time and won ¥2,000,000 JPY as prize money. Lapis from Reject received the title of player of the day on Day 8 and won ¥100,000 JPY. 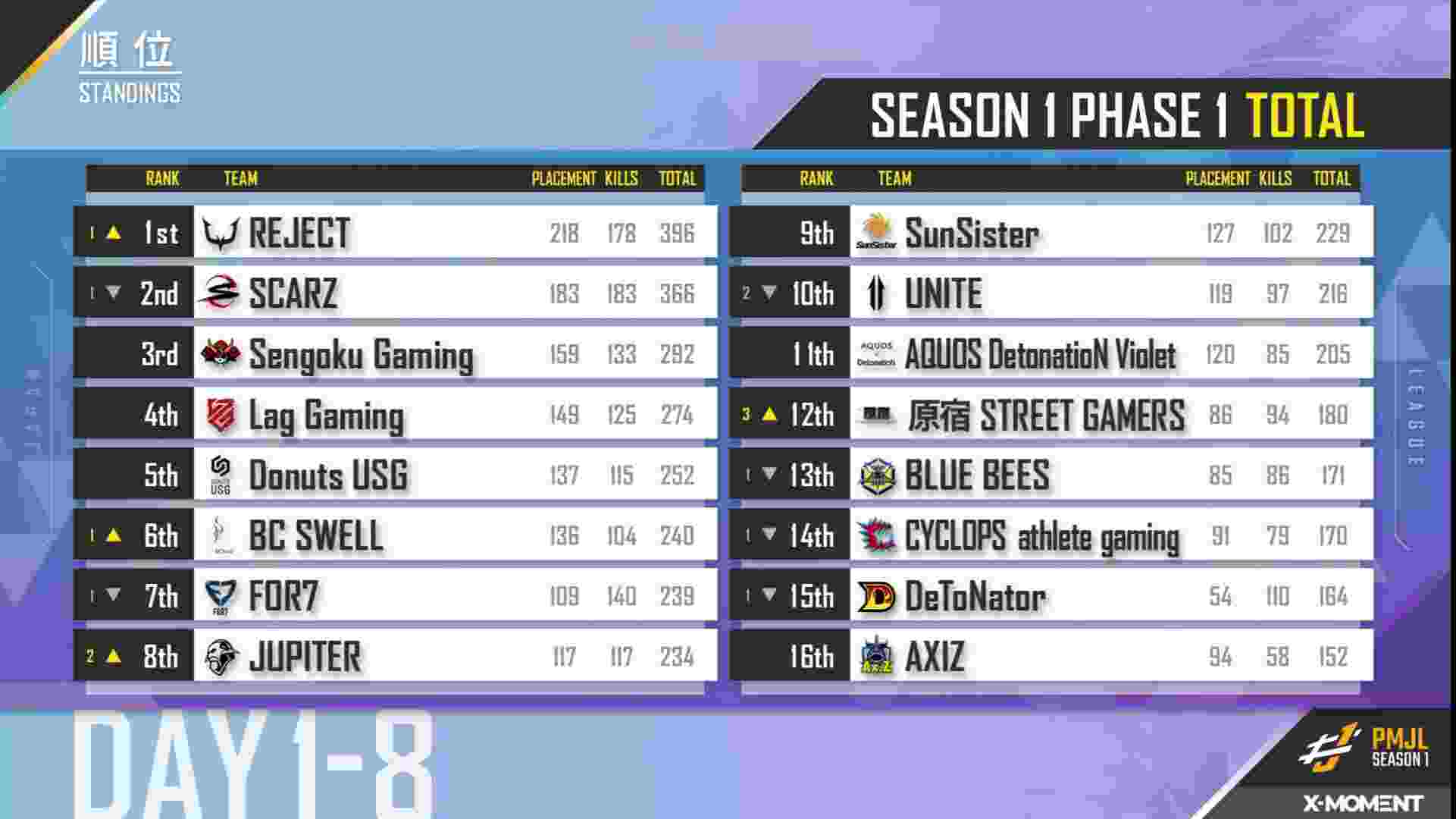 PMJL Season 1: Phase 1 Day 9 is scheduled to be held on 10th April 2021. There will be a total of 4 matches on day 8 and will be broadcasted live on the YouTube channel of PUBG MOBILE JAPAN LEAGUE OFFICIAL.

Also Read- How to Get a Free Rename Card in PUBG Mobile?