Here’s everything you need to know about the Twitch Rivals VALORANT Series 1. 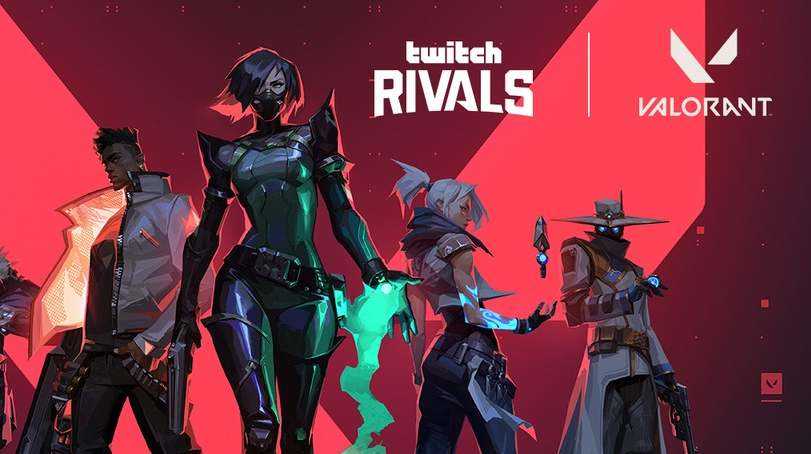 Twitch Rivals VALORANT Series 1 will be starting on February 24, 2021, which will continue till the finals. Finals of Twitch Rivals Series 1 will take place on March 10, where finalists will battle for a prize pool of $50,000 USD.

Twitch Rivals tournaments are becoming common in a number of Esports, VALORANT is slowly joining the titles like Apex Legends and Warzone. Series 1 of Twitch Rivals VALORANT Tournament will feature eight teams battling for a lion’s share of the $50,000 prize pool.

Here’s everything you need to know about the VALORANT Series 1: the schedule, Stream,  teams, and more.

The tournament will last a few weeks where Quarterfinals will take place on 3rd March 2021. Finals are set to be held on 10th March 2021. The stream will be live on the official Twitch Rivals channel on Twitch, you can directly jump to the channel by click here.

As we have seen previously that during Twitch Rivals events, individuals can broadcast their gameplay. If you want to watch a particular player’s point of view you can head to the respected channels. 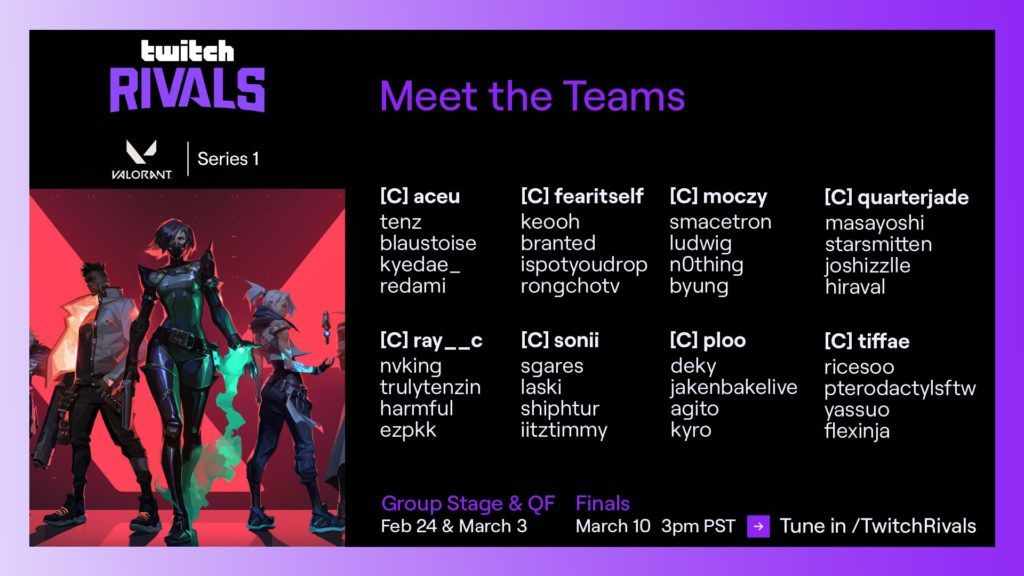