Ajjubhai currently has a large subscriber count of over 21 million and owns the popular team called-“Total Gaming”. He has played 898 solo matches and has 77 wins, maintaining a win ratio of 8.57%.

Ajjubhai, aka Total Gaming, is a well-known figure in the Indian Free Fire Community. He is famous for the gameplay videos which he uploads on his YouTube channel. He currently has a large subscriber count of over 21 million. Also, he owns the popular team-“Total Gaming”. Here you will get to know about the stats of Ajjubhai in Free Fire. 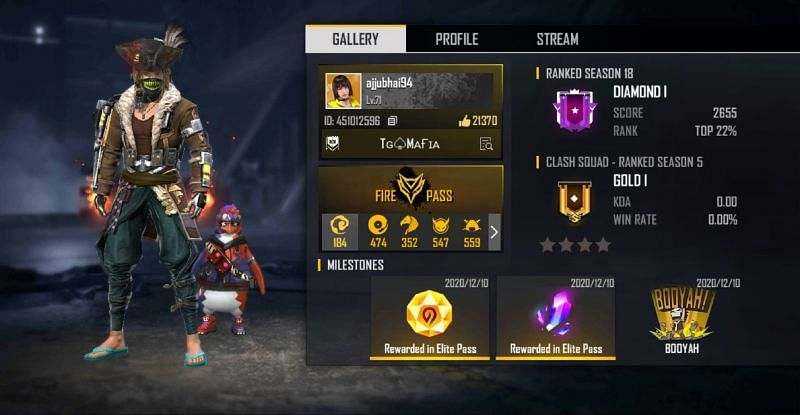 When compared with TheDonato, in ranked matches, Ajjubhai has a greater K/D ratio in squad matches. But the former has a good win rate. In duo, TheDonato has an upper hand.

But In lifetime stats, TheDonato is ahead on both/D ratio and win rate in solo, duo, and squad.