If you're stuck on the quest to find and hunt a wolf in Fortnite, follow our guide here to know to complete it. 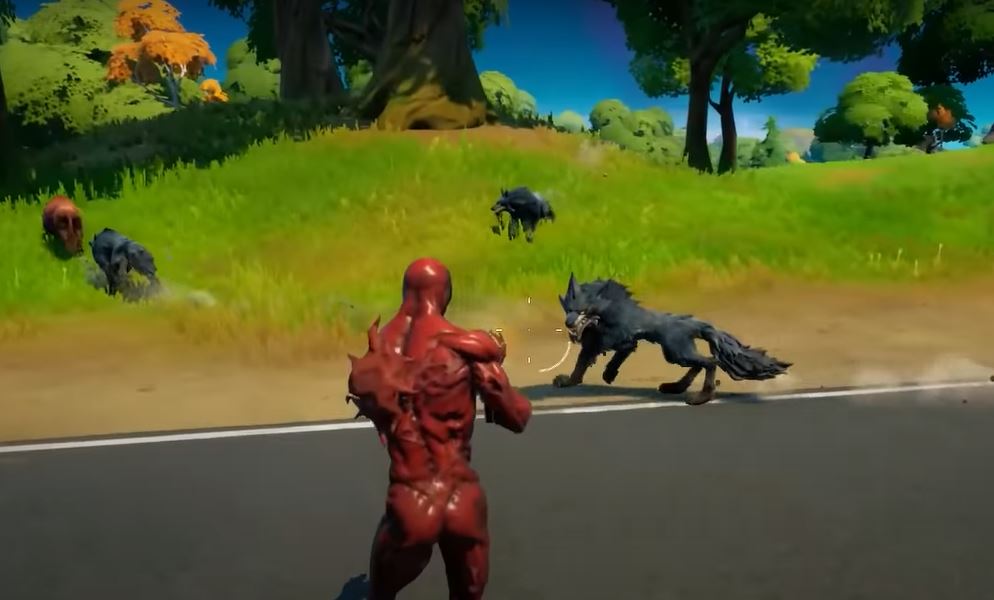 Fortnite Wolf Locations: Fortnite brings two new NPCs in the game with the start of the new Season 8. Although, these NPCs are also going to bring with them a few quests. You’ll need to complete them in order to get your XP for your Battle Pass and get those Super-Level skins unlocked. From the guide you’ll know how to hunt and find a wolf in Fortnite.

Grim Fable stays by the Weeping Woods and you can find her. One of the NPCs by the name of Grim Fable will bring you 5 different quests with increasing difficulty starting with Common->Uncommon->Rare->Epic->Legendary. Find all the quests that you need to complete below:

All of the above quests will give you 30,000 XP which makes a total of 150,000 XP. And this is where the wolves come into the picture. Players want to find the spawn locations of wolves to hunt them down. Poor Wolves 🙁

Where to Find a Wolf? All Fortnite Wolf Locations:

And these are all the spawn locations of the wolves in Fortnite. Moving on to the crucial part of the quest.

How to Hunt a Wolf And Complete the Quest Faster?

To hunt the wolves you’ll have to kill them with your Assault Rifles, Pistols, etc weapons. Even so, the pick-axe won’t be a good option in such situations. After completing the quest you’ll get 30,000 XP which will help you level up in your Battle Pass.

To get a detailed walkthrough, you can also watch the video below to know how to complete the mission:

We hope that this guide helps you with your quest for Grim Fable. Keep following us for more updates, the latest news, and much more in Fortnite. Additionally, you can also read our guide on how to Find A Mole in Fortnite.