Journey of an emerging Indian esports organization from scratch. We will take you through their ups and downs in becoming a known face in the Indian esports scene.

“If you want to lift yourself up, lift up someone else.”, said Booker T. Washington, a popular author, educator, and former dominant leader in the African American community. Esports has been emerging in India at a rapid scale and organizations like StrongVolts Esports are catalysts in the process.

Started from ground level zero and now at a stage where they are making a change in someone’s life. StrongVolts Esports has a gem of the team with talented individuals working days and nights for their passion for gaming & esports. Curious to know how they started and made a name in esports? Let’s begin!

What are Strong Volts Esports Organization?

Strong Volts Esports is a nonprofit organization that provides a platform for underdogs to showcase themselves amongst the top-tier teams in India. They had started their journey last year back on 4th July 2020 and aims to inculcate esports over India. The esports organization seeks to bring many opportunities for underdogs and deserving players in esports and encourage the esports ecosystem.

How were Strong Volts Esports Formed?

On one good day, back in July 2020, Arka Mukherjee [Mutant], the owner of Strong Volts Esports, was casually playing PUBG Mobile with Syed Mehmud Zaidi [Xaidi]. Moreover, right at that time, ArkaMukherjee had stroked an idea to execute his gaming organization.

Therefore, upon this plan, he shared his thought with XAIDI, currently the Strong Volts Esports manager. He casually asked XAIDI to manage the organization. At the initial phase, Mutant stated,

“As I am investing my money on the in-game purchases, why not invest in starting an organization”.

Arka Mukherjee found this name worth and accepted the suggestion, and from then, they are widely renowned by the name of Strong Volts Esports. Moreover, Arka Mukherjee had partnered up with the other three owners to inculcate Strong Volts esports smoothly and consistently.

As a result, presently, Strong Volts Esports is currently owned by:

How Town Esports got Merged into Strong Volts Esports?

Furthermore, after accomplishing some months and naming some tournaments upon their name, Arka Mukherjee asked XAIDI to suggest some valuable ideas for better engagement in terms of numbers and reach.

So, during that time, a respective organization naming Town Esports was hosting Tier-1, Tier-2, and Tier-3 PUBG Mobile scrims. LokeshKadian, AKA Loki, was the man behind Town Esports’ success, and he used to manage it entirely only by himself. Impressive, right?

Strong Volts esports had formed back in July of the year 2020. Consequently, Strong Volts Esports had crowned three PUBG Mobile tournaments in just a month of forming the organization.

Therefore, Lokesh Kadian (Loki) arranged the tournament and even invited some professional teams and named their tournament PMSV PUBG Mobile Strong Volts League. Also, Strong Volts esports got partnered with another organization for hosting PMSV. As a result, the prize pool of PMSV rose to a massive amount of 50K.

Consequently, the registrations and management were good for PMSV on the newly made discord server by inviting their mates and submitting four proofs of subscribing to their YouTube and Instagram handles for verification, and 2000 teams had already registered for the tournament.

But, after completing the teams’ registration and verification, another organization had back off from partnering with Strong Volts esports for hosting PMSV and kept their hands aside.

Although, even after getting scammed by the respective organization, Strong Volts esports had not denied the tournament, and they continued PMSV lonely and offered 50k by themselves. Furthermore, PMSV had going great, and the qualifiers and quarter-finals had achieved successfully.

Although, during the ongoing semi-finals of PMSV, PUBG Mobile got banned in India, and the entire tournament had ruined. Many players and teams left the competitive scenario. They left the discord servers, and the numbers went low despite the PUBG ban.

After the ban of PUBG Mobile, back in September 2020, Strong Volts esports resulted in its downfall. They stopped all of its operations until December. Further, months passed, all of them tried researching to get the way out of the downfall and increase their engagement once again but failed.

However, back in the last week of February 2021, Xaidi called Arka and told him that he made a mistake in stopping Strong Volts esports from the last months. As a result, Arka agreed to Xaidi. They continued the operations of Strong Volts esports, starting with competitive.

Therefore, they formed a new roster on 2nd March, but the team had not performed well and resulted in the disbandment of the roster.

Moreover, they formed another roster, and that roster had qualified for PMPC Season 3 50k tournament finals. However, on day 1, they managed to get only 12 points out of three games. Everyone was left utterly disappointed with their performance.

Although, on day 2, the existing IGL of the team denied to play due to some reasons. As a result, they invited a new player naming Troye, who is currently playing for Aztec Esports.

Further, on day 2, they dominated the first match, secured a chicken dinner with 18 kills, and jumped to the 15th position from 26th position. Also, they carried out a chicken dinner in the second match showcasing exceptional duo domination with 13 kills.

After completing match 2, they were leading the leader board at the 5th position with 72 points. Further, in the third and last match of the tournament, they finished in the third position.

As a result, Strong Volts had ended the PMPC season 3 as runners up securing the second position with 91 total points. Troye had showcased fabulous gameplay, and out of the total 42 team kills, troye’s alone kills were 20. 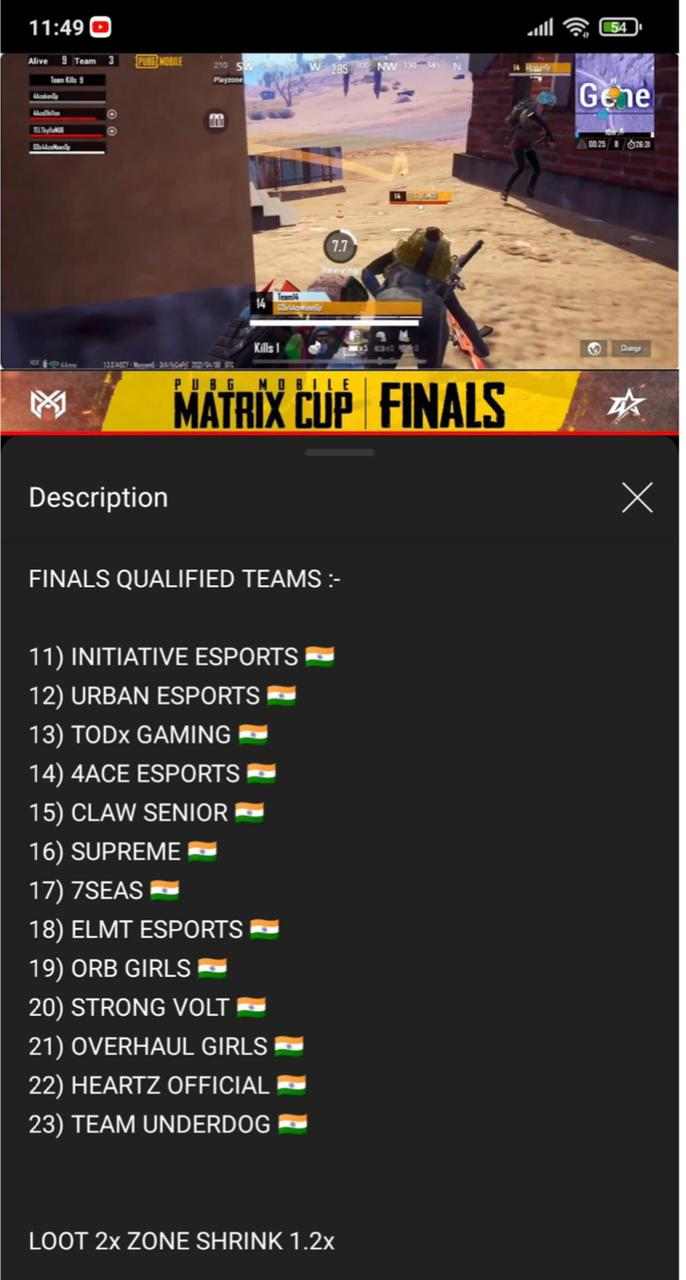 Meanwhile, Strong Volts were again searching for a roster, and further, they appointed the same old roster that used to play before. Moreover, that roster won a 12k tournament and shown exceptional consistency for some days. However, they again lacked upon their performance after some days, and Strong Volts is still searching for a consistent, permanent roster.

Here is the list of all the achievements achieved by Strong Volts esports to date:

Screenshots of the Achievements: 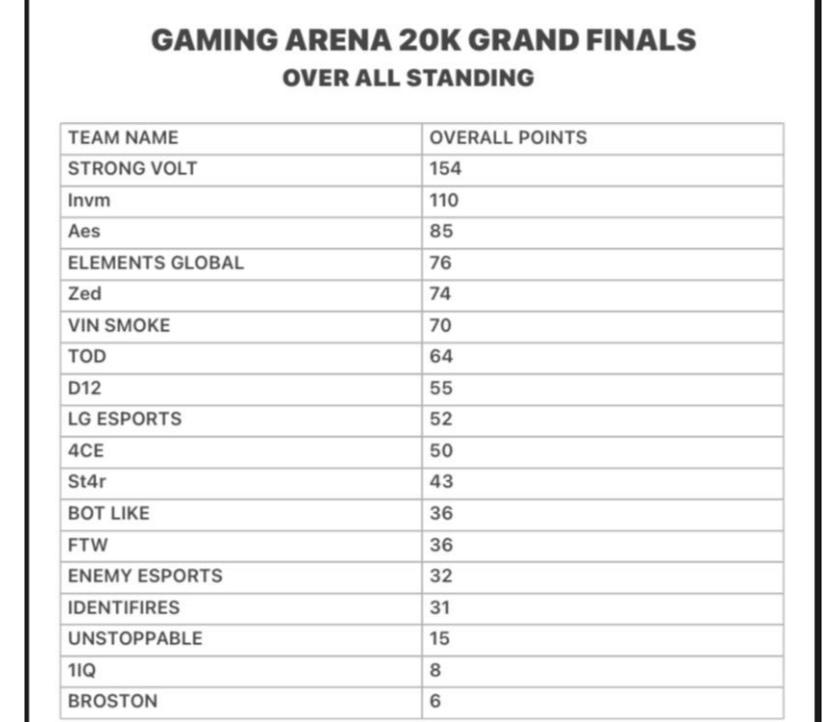 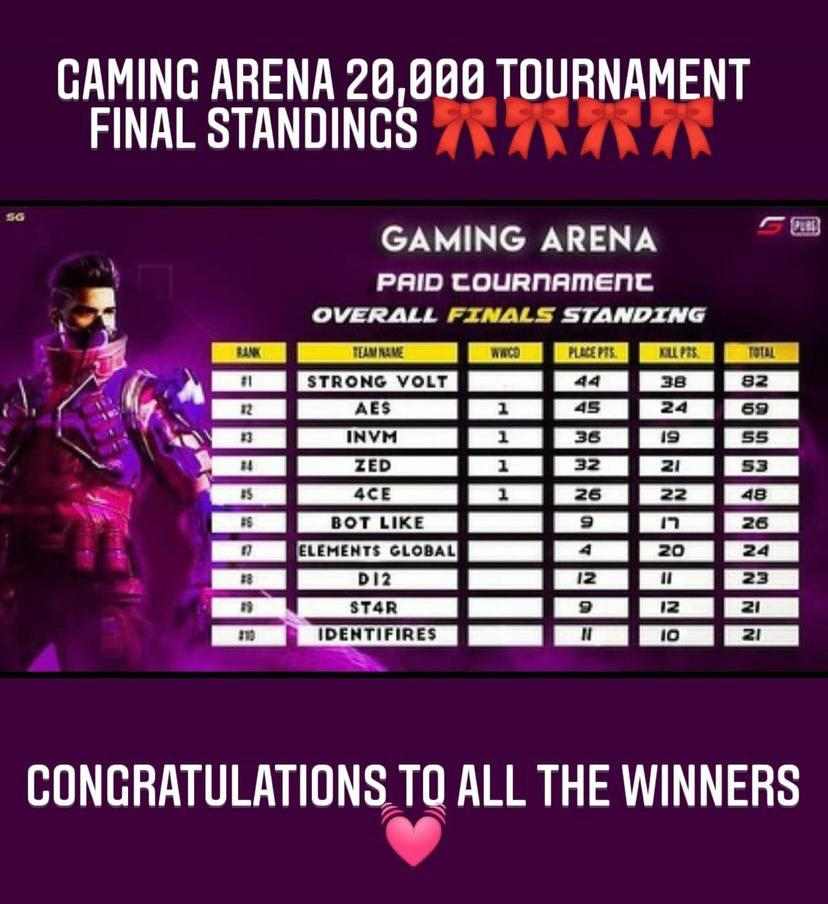 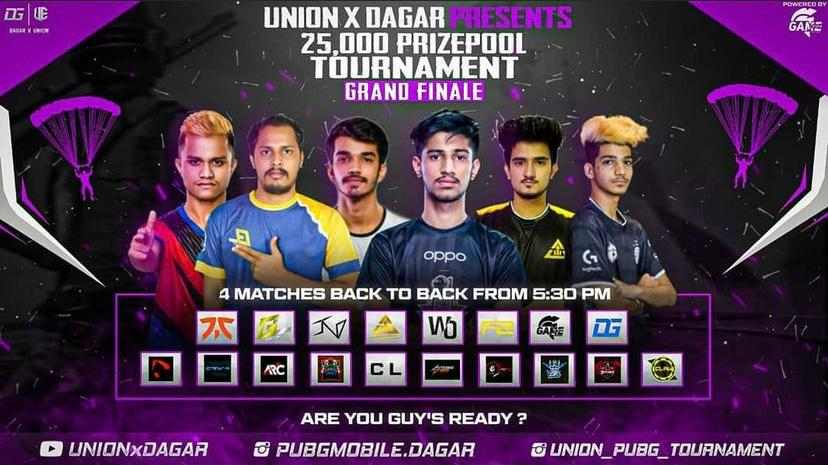 Meanwhile, apart from the boy’s roster, Strong Volts Esports even names <strong>two girls line-up</strong> upon their name in PUBG Mobile

The roster of the Strong Volts girls line up is as follows:

The roster for the SVOLT X Violets line up is as follows:

SvoltSlaygirl manages both the line-ups and the whole girl’s roster. Slaygirl holds a better experience in the Indian gaming community as she started PUBG Mobile competitive back in season 3. At that time, she joined the IGC clan for girls and met all the girl e-athletes there.

Furthermore, Rav3n – a famous girl gamer and YouTube from S8UL, approached Slaygirl to inculcate girls in the gaming community. Rav3n, being a professional player and content creator, was unable to manage the whole curriculum. So, she asked Slaygirl to manage all things, and Slaygirl merrily handled all the things. She made the Superior clan for girls, from where most of the girls have learned and become a professional today. 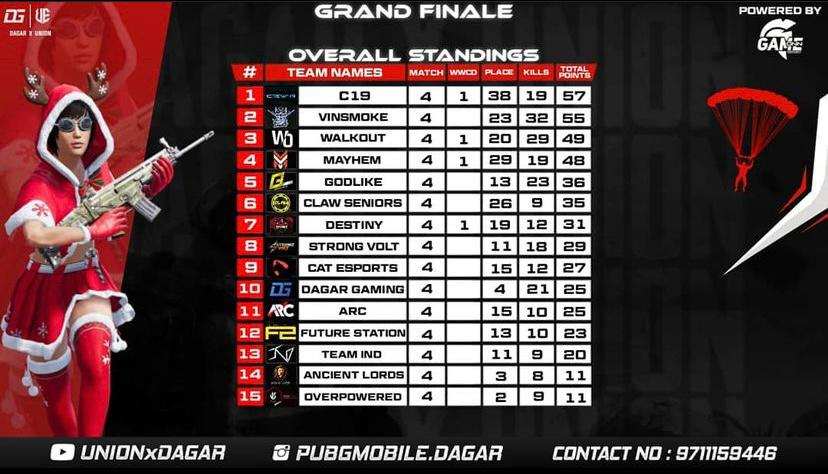 Slaygirl gathered the girl gamers from Raven’s Instagram, YouTube, and discord handle and formed a good line-up for each. Then, she organized girl’s scrims daily, and Rav3n streamed those practice scrims on her channel. Girls got exposure to the gaming community from there and made an identity in the community.

Meanwhile, the Strong Volts girls’ roster was formerly the line-up of Entity gaming known as ETG Athena. They became India’s first premier organization to enter the PUBG Mobile scene. Also, they had qualified for the PMIT Semi-Finals LAN that took place in Vizag from Entity Gaming formerly. 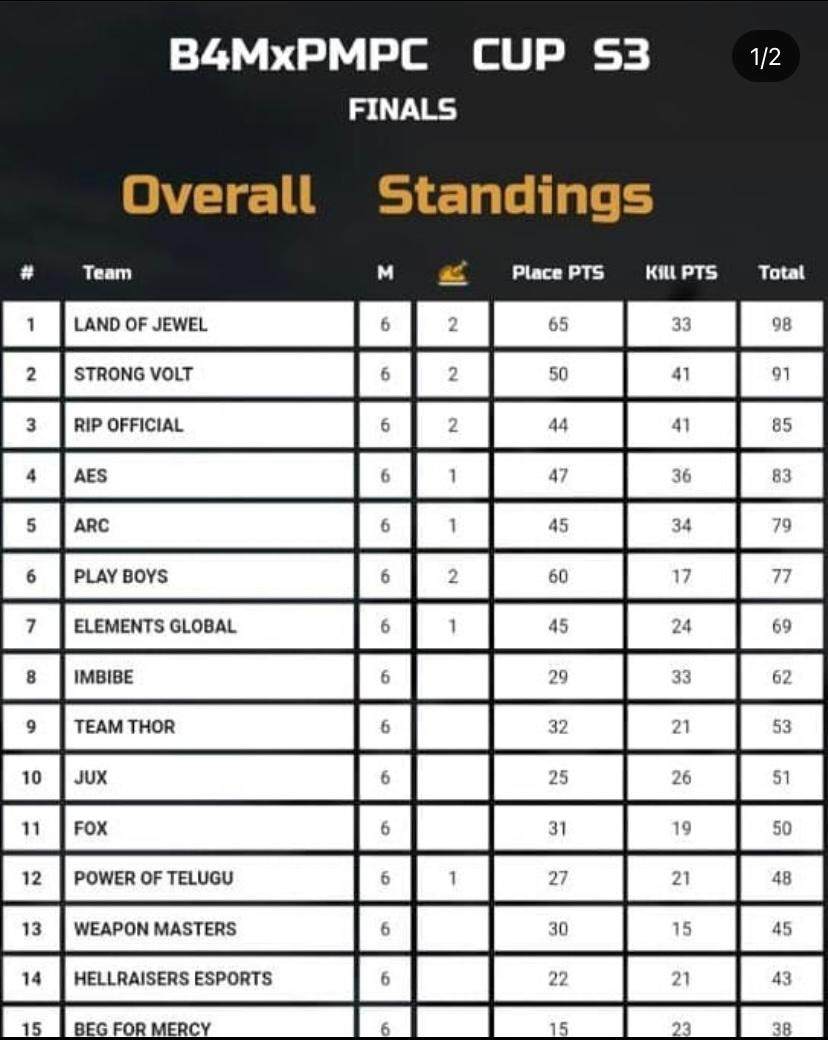 Here is the list of all the achievements by the Strong Volts both girls line up to date:

As a result, Strong Volts owns two permanent PUBG Mobile girls lineups and also continues the boys’ line up on the other side. Moreover, Strong Volts had also organized a free tournament featuring a massive prize pool of 10k, crowned by team B4M. 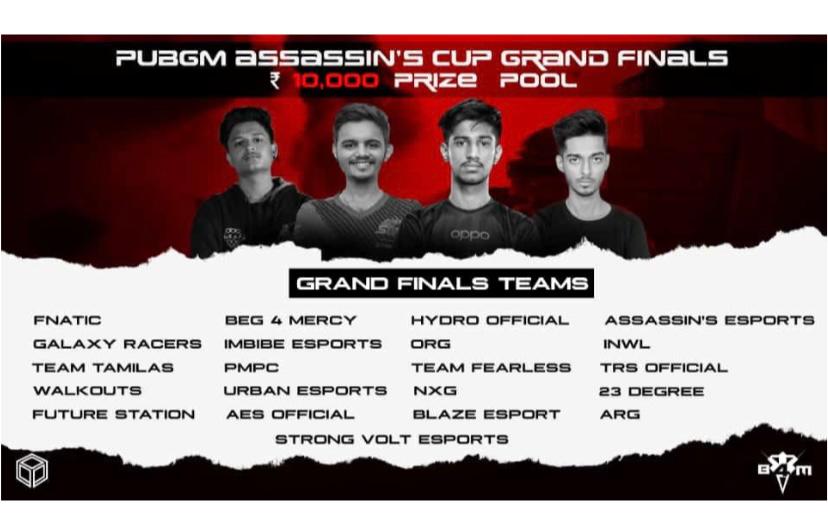 After accomplishing the free of entry tournament, they organized another paid tournament featuring a prize pool of 20k. However, that tournament did not feature many teams as there were only 13 or 14 teams registered on the first two days of registration. 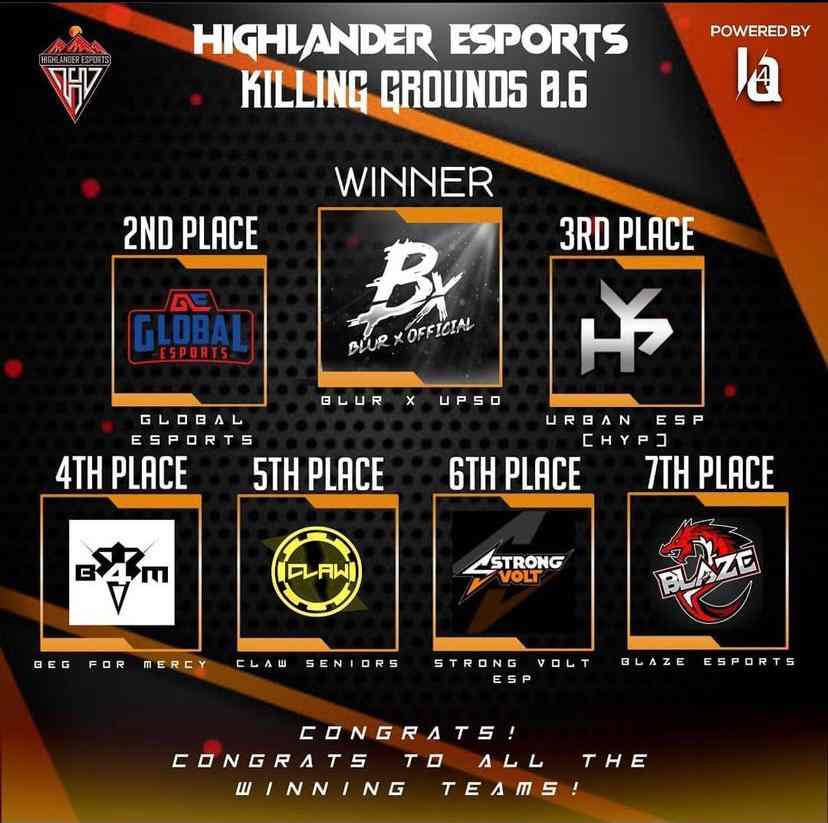 As a result, they had to make paid promotions, and they finished up having 70 competing teams at the end. Another tournament had also crowned by B4M.

As a result, Strong Volts esports continues to host tournaments and scrims to encourage esports over India and offers a platform and an opportunity to the underdogs and professionals to showcase their exceptional skills and gameplay.

Also Read: Mortal Nominated for Streamer of the Year at Esports Awards 2021

What are Clears in Rocket League?

Rocket League : How to Fix the Call Limit Reached Error?

How to Get Lifesaver Medal In COD Mobile?

How to Leave a Clan in COD Mobile?

Where to Plant Wiretaps in Fortnite: All Locations

ABOUT US
A daily dose of your viral news, game reviews, research analysis around the casual and competitive esports scene. It is a viral Indian esports newspaper founded by two geeks to deliver top-notch stories, updates, and everything from the world of esports.
Contact us: [email protected]
FOLLOW US
© MOROESPORTS | All Rights Reserved (2020-Present)