The all-new Orelia Skin was released with 4 different items coming within a bundle in the item shop in Fortnite. The brand-new outfit was just released today. Orelia is an NPC that lives on an island, has precise aiming, and a lot of health. Before the release of the outfit, you could shapeshift into the NPC itself using the Mystique Skin from Marvel.

The Orelia Attire was just released today in the item shop in Fortnite and can be bought at a discounted rate. Keep reading to learn more about it.

All About the New Orelia Skin in Item Shop Fortnite: 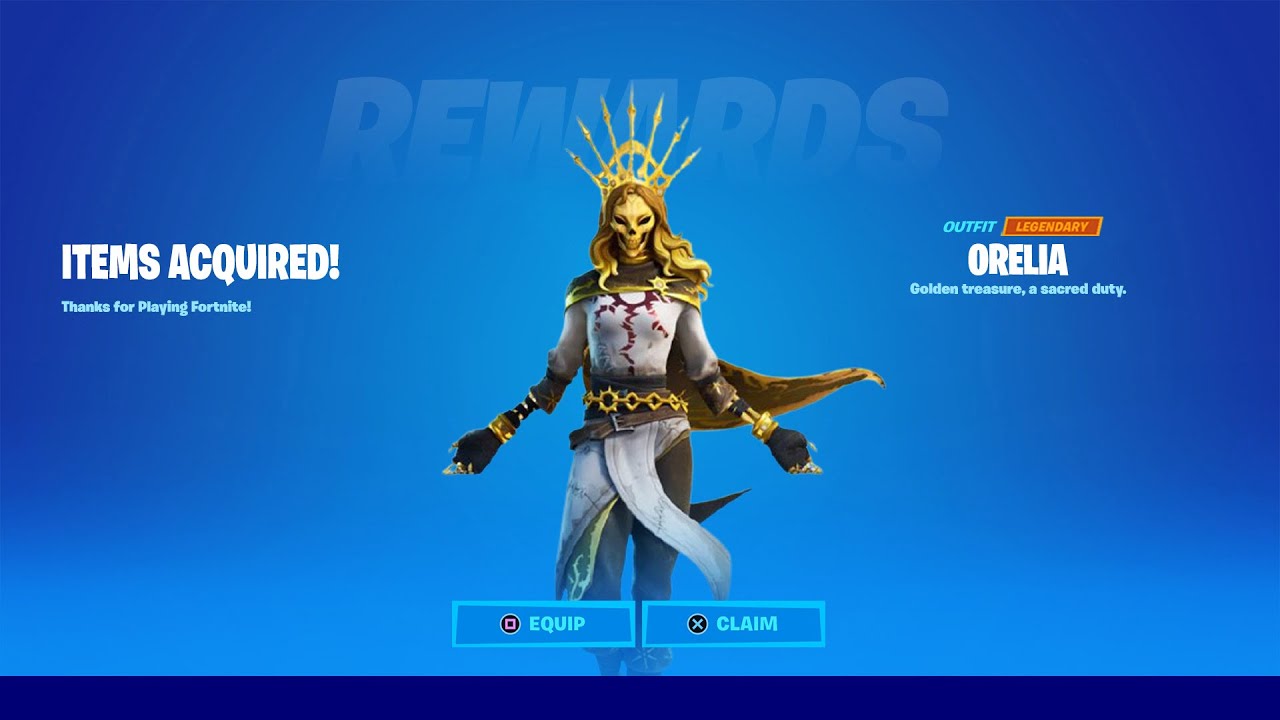 The brand new Orelia comes today with two different skins included. The Orelia Skin has a ‘glow on’ and ‘glow down’ effect. An epic (rarity) skin and really breathtaking at first glance. Orelia comes within the Midas’ revenge set introduced in Chapter 2 Season 6.

You could also catch opponents off-guard with its ‘glow on’ effect. Or it may attract more attention towards you. Regardless, the skin in itself is astounding and can be purchased with 4 other items for an exclusive offer of 2200 V-bucks only!

The Skin also comes with a built-in cape and doesn’t allow to put other capes on. However, you can put different back bling on with her. So, overall a staggering outfit and totally worth it. You can buy the outfit separately for 1500 V-bucks as well.

What else do you get with the New Orelia Skin in Fortnite?

Within the Orelia Bundle you can get the Oro Sol back bling, the Tribute’s Flail harvesting tool, Sol’s curse wrap, and a cool-new loading screen with Orelia in it. Let’s talk about each one of them in detail.

The Oro Sol Back Bling is yet another epic rarity Back Bling with the quote-“The sun’s light will guide you”. It really is amazing hologram-type back bling and definitely one of its kind.

The Tribute’s Flail is an (epic rarity) harvesting tool with a really beautiful contrail coming with it. Looks flawless and worth the purchase if you don’t have it yet. It goes really well with the new outfit as well. If you buy this individually without the Orelia Bundle, it does cost quite a lot (1200 V-bucks).

The Sol’s Curse is another wrap that is one of a kind. There is a red sun appearing with golden borders on the edges. The red sun has a trail that keeps moving and gives the skin a surprisingly well look. A rare wrap costing 500 V-bucks and goes really well with the Orelia bundle as well.

An uncommon loading screen with “Take only what you deserve” signifying the Orelia theme within it.

You can take a look at Orelia’s trailer in this video:

With this, the Orelia Bundle has an exclusive offer of 1000 V-bucks off(2200 V-bucks total) and you can buy it from the Item Shop in Fortnite.

Every Terracotta Block in Minecraft: Everything You Need to Know

FORTNITE NINTENDO TWEETED: “Something big is coming to Fortnite!”

How To Get Fishbone Charm And Poro Gunbuddy in Valorant