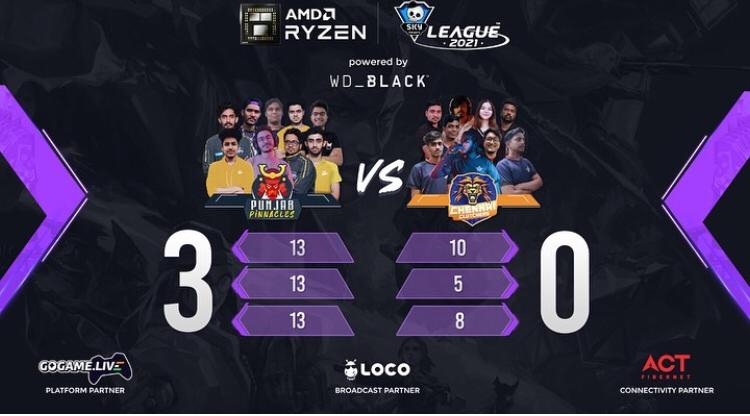 Day 22 of the Skyesports League had concluded yesterday, and it had showcased some magnificent great frags and some immense game-play.

Here are the Details of the Skyesports League

Day 22 of the Ryzen Skyesports League powered by WD Black featured an intense match between Punjab Pinnacles and Chennai Clutchers.

Punjab Pinnacles had dominated the match and easily won with a score of 3 – 0 with great strategized game-play.

Points Table of the Skyesports League After Day 22