In this article, you will get a step-by-step guide on how to accquire the Male Survey Corps bundle in Free Fire. 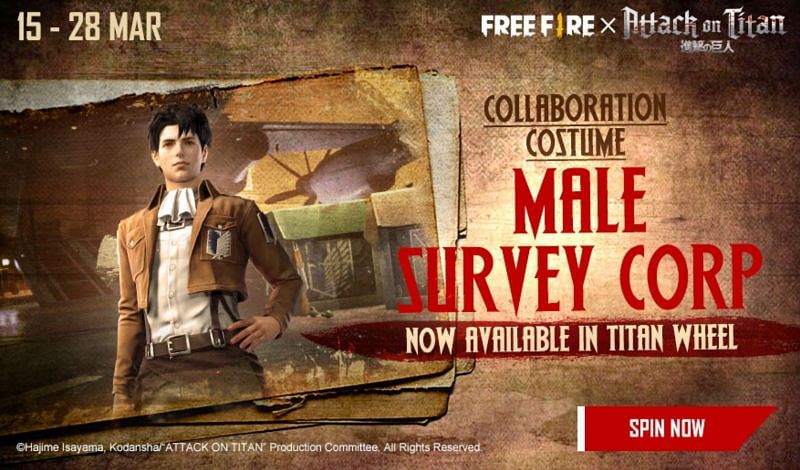 In this article, you will get a step-by-step guide on how to acquire the Male Survey Corps bundle in Free Fire.

The new exclusive bundle is accessible to players in Titan Wheel (Faded Wheel variant). Players can get it between March 15th to March 25th. Apart from the new Male Survey Corps bundle, there are 9 other rewards in the spin.

By eliminating two rewards that you don’t want from the spin, will increase the chances of getting the bundle. Moreover, you can’t obtain an item twice i.e. the prize will be removed from the pool once you have acquired it. As a result, it will increase the probability of you getting the grand prize. However, the cost of successive spin will also increase.

Following are the steps to obtain the new bundle from the Titan Wheel draw.

Step 2: Select the two unwanted items and click on “confirm”.