Red Bull has announced Red Bull Campus Clutch, a global tournament of VALORANT. In India, it will take place from 20th February to 10th April 2021.

Recently Red Bull has announced Red Bull Campus Clutch, a global tournament of VALORANT. This tournament is exclusive for College students where they will represent their country at a global level. The tournament is aiming at college-going players who want to join esports as a career.

This will be the first official tournament of VALORANT for college students as the Red Bull Campus Clutch Tournament will cover over 300 universities and colleges that will be taking part from over 50 countries. Participating College students will get international recognition a chance to represent their country on the global stage.

In India, Red Campus Clutch will take place from 20th February to 10th April 2021. Registration for the Indian Qualifiers of the Tournament will open from 13th February 2021. There will be ” Frag-Out”, an exhibition match where two teams consisting of top streamers will battle.

How to register for the Red Bull Campus Clutch Tournament:- 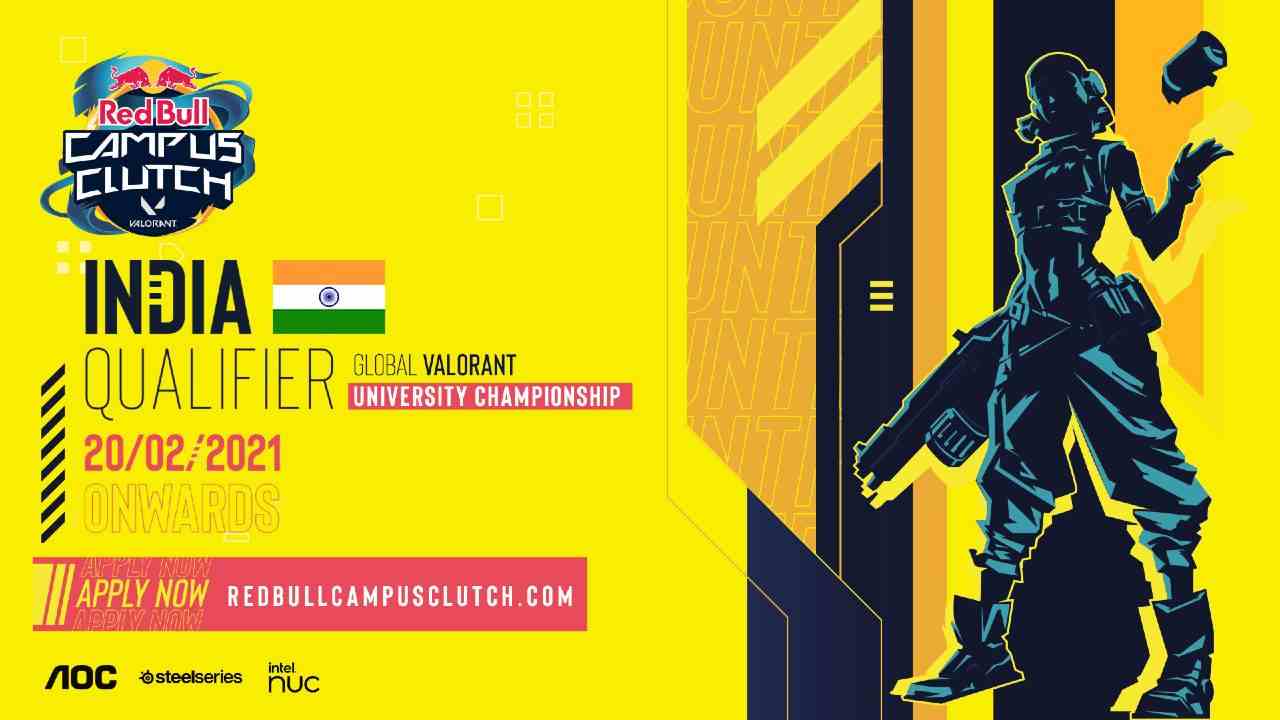 The National Finals of the tournament will take place on 24th April 2021. The winners of the National finals will qualify for the World Finals where they will battle against some of the best college-going VALORANT players across the globe.

The Tournament featured a massive prize pool of €20,000 (Approx ₹1,766,000 INR) and the winner will get a chance to compete in VALORANT Masters to face professional VALORANT players.

How to Get Free Diamonds in Free Fire India (October 2021)

Team SouL Got Disbanded: Confirmed by Mortal on his Live Stream