God of War series is considered the crown of Sony Santa Monica Studios. The game was arguably the best RPG game of 2018 and now the PS original is all set to make its way to PC. Players can expect severe graphics and quality upgrades. Additionally, Sony announced that the PC stans of the series can enjoy the game at 4K 60FPS, like the PS5 version. The most notable feature is that the game will be able to take advantage of NVIDIA’s DLSS (Deep Learning Super Sampling) software and AMD FIDELITYFX Super Resolution, meaning players upscale the game resolution and graphics resulting in amazing picture quality without sacrificing performance or FPS.

In this edition of the franchise, the story takes a major skip from Greek mythology to Norse Mythology. As Kratos after years of blood, death, and destruction decides to move to a different realm, to start a life calm and normality. But the peace is short-lived, as the God of War has to now fight for survival with his son Atreus. The pair decide to travel across realms to scatter the lead’s deceased wife’s ashes from the highest mountains in all realms, on their way they cross various Norse characters like ogres, drugs, revenants, reavers, and elves. The game is a true masterpiece and thriller that everyone should experience. 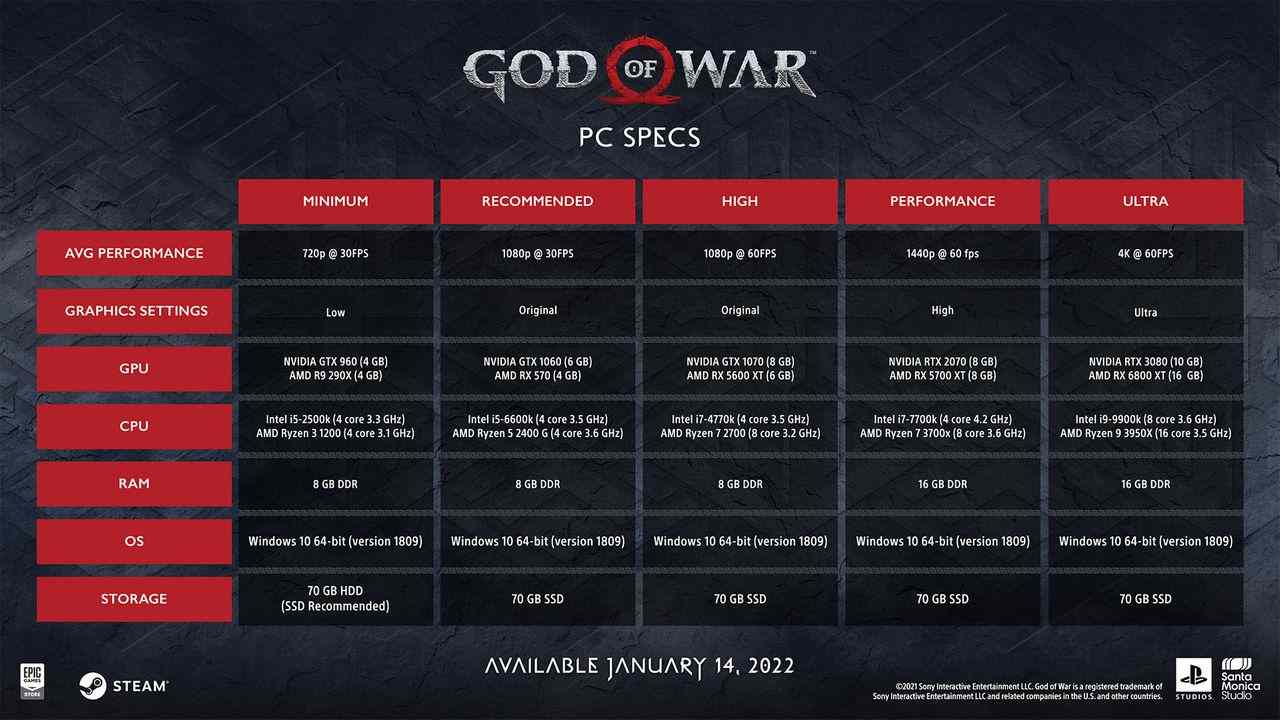