Know all the details about the BGIS quarter-finals Group here. 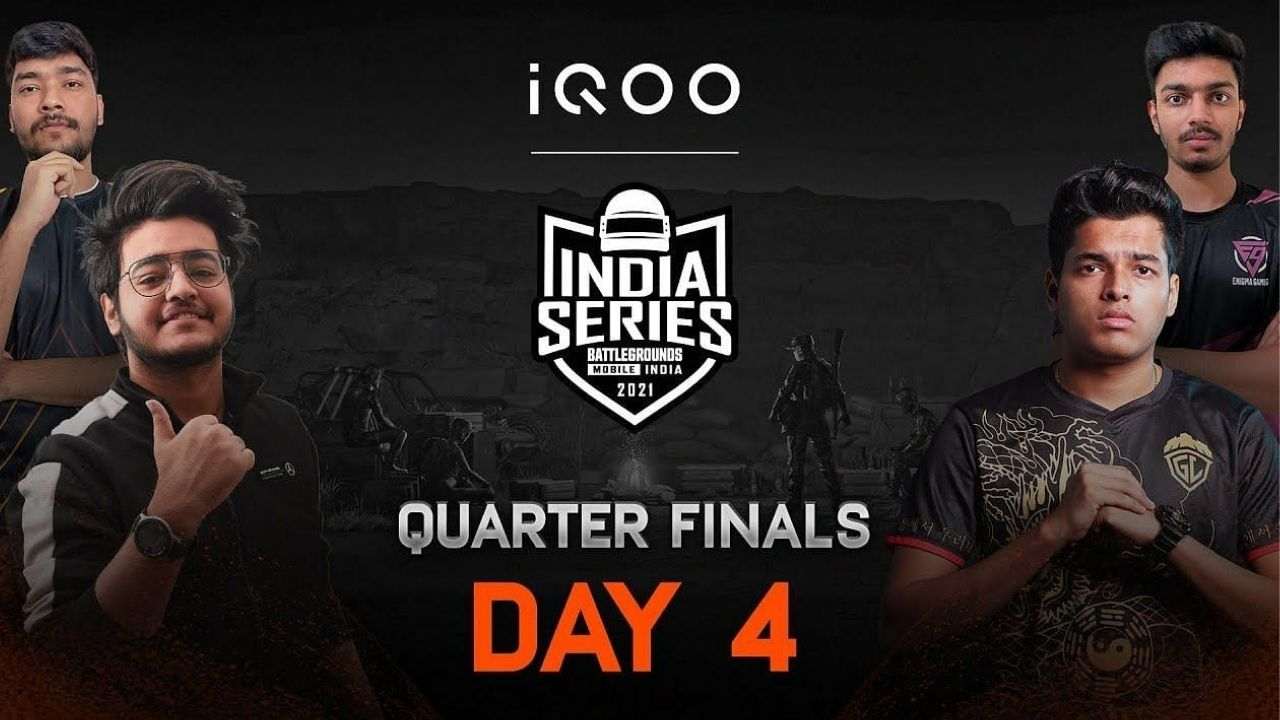 BGIS Quarterfinals Day 4, Group 4 Results: The fourth and last Day of Battlegrounds India series quarter-finals was full of excitement. There were some nervous moments and nail bitting finishes.

Big names like Enigma gaming, Team Soul, and Godlike were competing in the group. However, the biggest disappointment came in the form of Team Soul, as they got eliminated from the tournament. 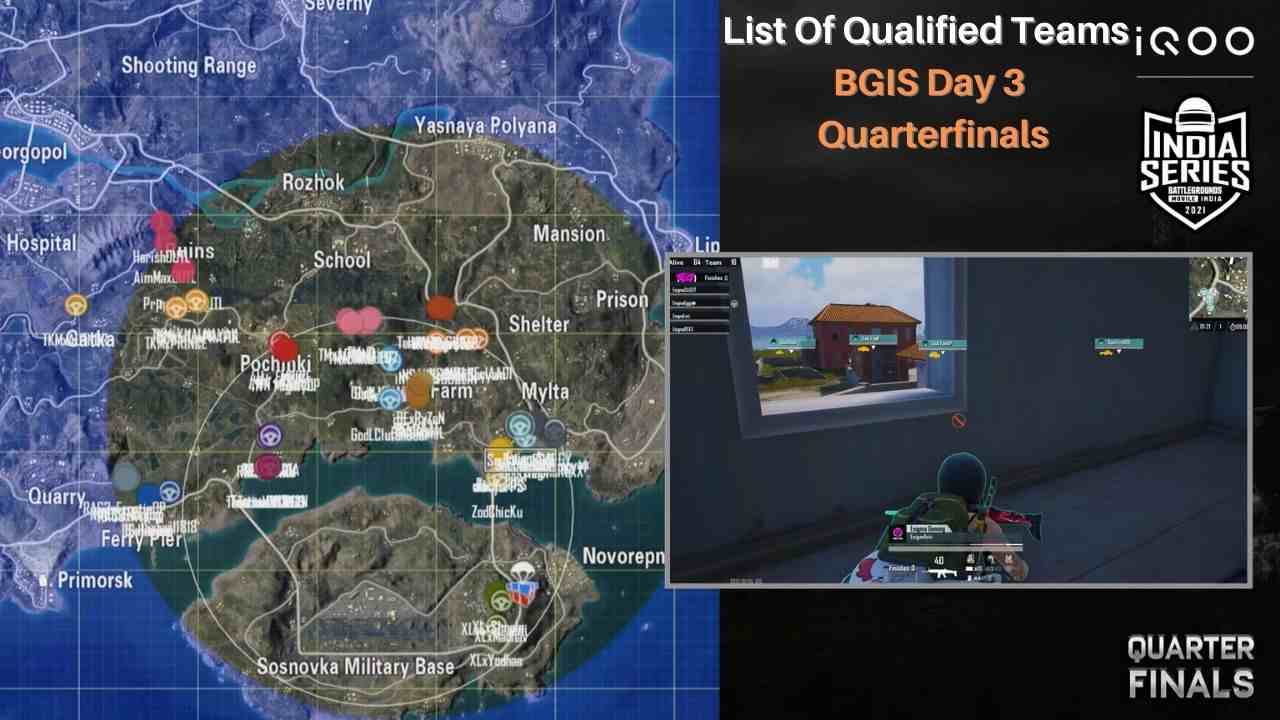 As per the format, a total of 16 teams played six matches on three different maps on Day 4. Furthermore, only the top six teams managed to qualify for the next round, and the rest 10 were eliminated from the competition.

So, before moving to the teams qualified list, let’s have a look at teams that were playing in Group 4.

Here is the list of teams qualified for the next round. 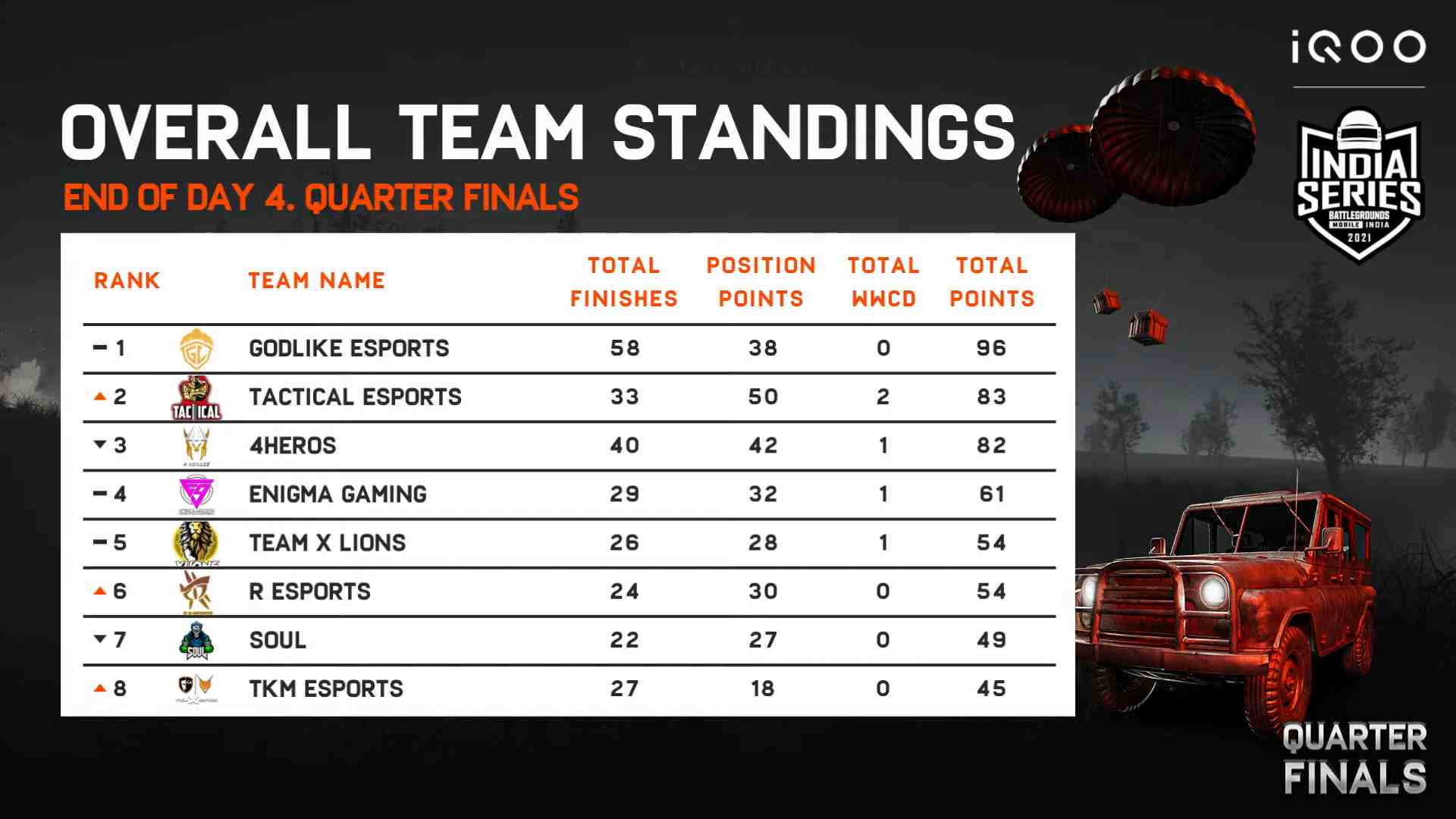 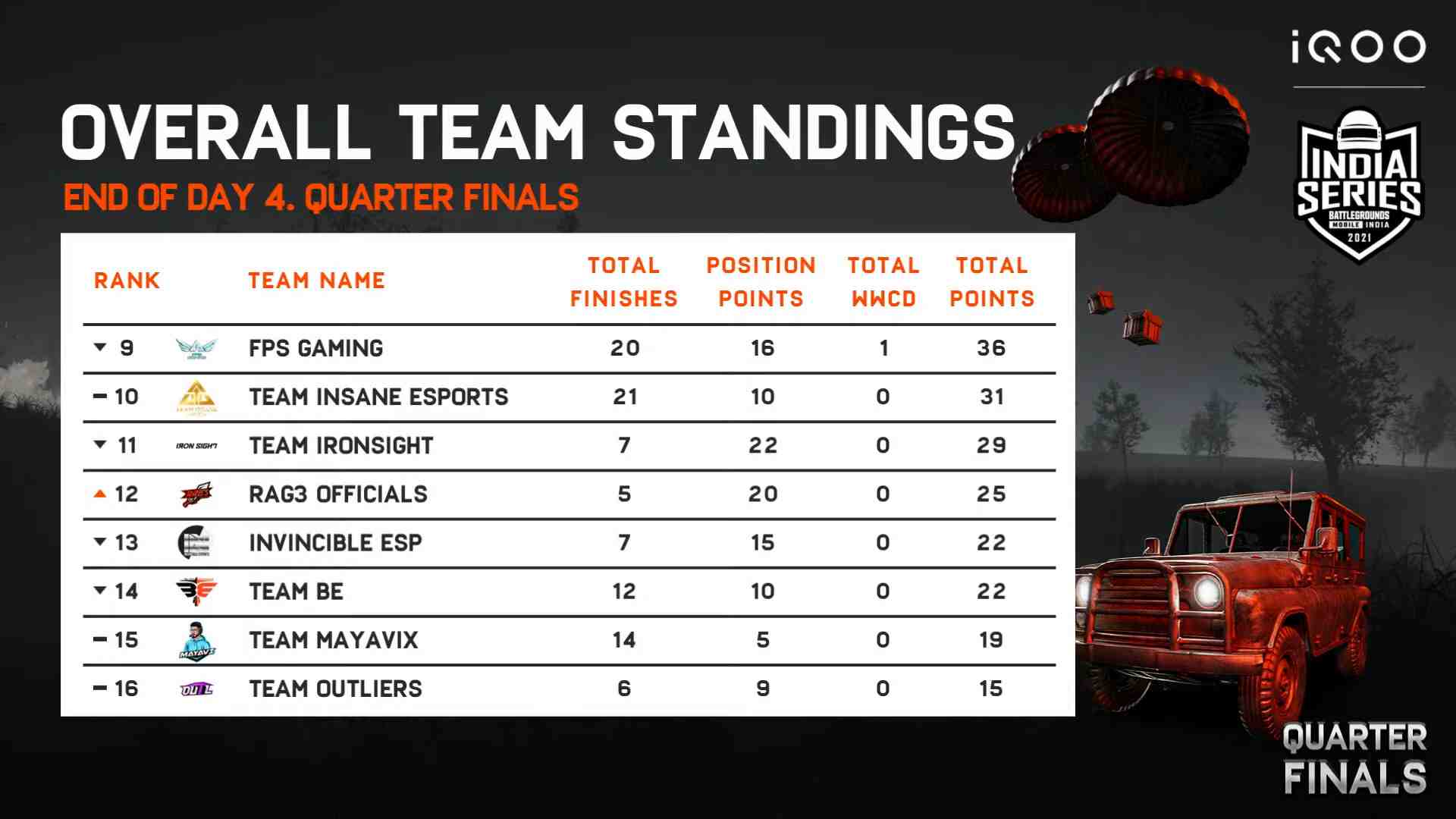 Tactical esports registered their first victory and all thanks to the play zone which was dancing around the islands. Due to the uncertain nature of play zone, most of the teams found it difficult and were hunted down in the water.

In the chaotic situation, Tactical esports won the game. Teams like Godlike and Soul managed to grab some kill points.

Godlike made the sandy island go full of blood as they grabbed some good kill numbers on the second map. However, regularly losing teammates throughout the game, stopped them to get the chicken dinner.

Team X Lions grabbed the chicken and continued their consistency along with team Tactical esports. Despite picking up decent kills, Team Soul were eliminated once again earlier in the game.

Match-3: A Perfect Match To Watch

The second match of Erangle played on Day 4 was probably the most entertaining match of the tournament. Once again, the zone played a crucial role in selecting the winners and Enigma Gaming played their game to grab the WWCD.

Moreover, Team Soul finished in the second position but due to the shortage of kills, they were pushed back down in the overall standings. GodLike once again showed their domination and collected some good kills.

Once again Soul finished second but were pushed back by Godlike as they had some huge number of kills.

Match-5: 4 Heroes with a Heroic Performance

One of the invited teams 4 Heroes, finally clinched a chicken dinner, and that too with good kills. Moreover, they were collecting some good numbers but this win almost secured the top six position for them.

Team Soul and Godlike were eliminated early. But, Godlike managed to collect 7 kills. 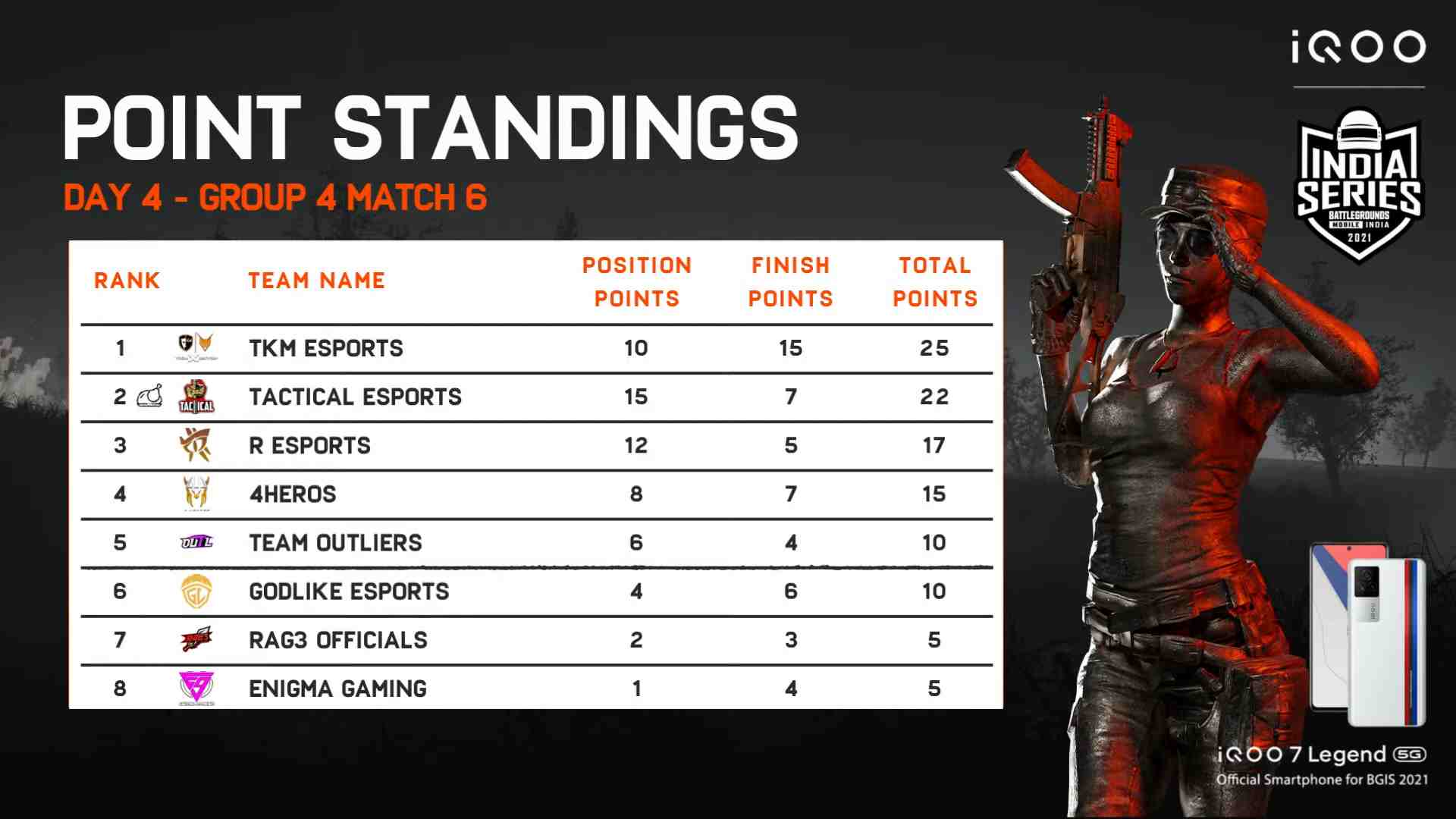 As the day started, with a win for Tactical esports, it ended in the same fashion. Moreover, the biggest disappointment came from Team Soul as they only managed to grab 1 point.

Team Soul was eliminated from the competition as R Esports managed a good comeback at the end.

So, these were all the details and match reports from BGIS day 4 Group 4.

ALSO READ: The Launch Party by Battlegrounds Mobile India: All you need to know