Which is the Worst Gun in Free Fire?

Head on to this article to perceive the worst gun in Free Fire. 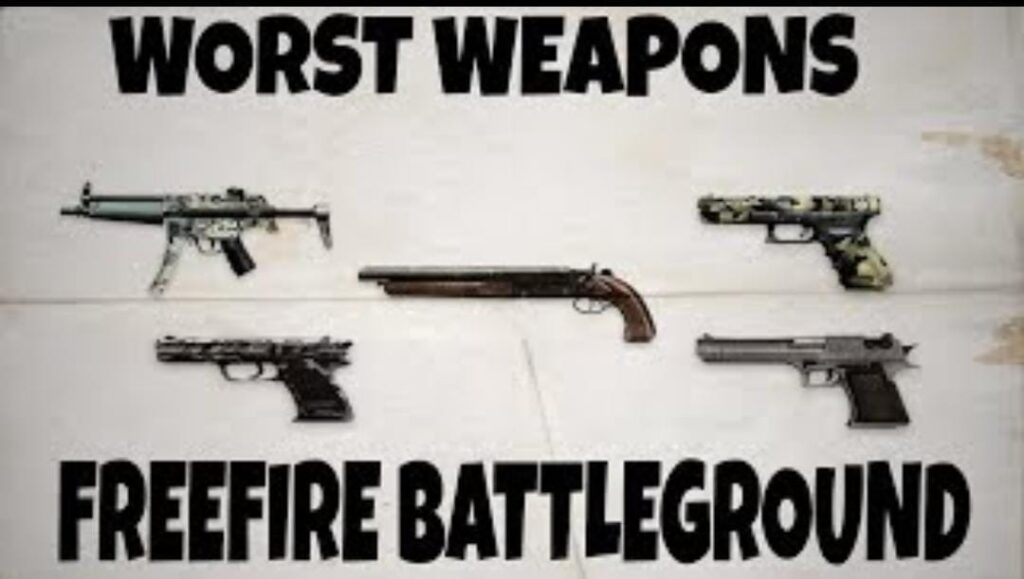 Certainly, many players look out for the worst gun in Free Fire in order to avoid the use of such guns that can result in a defeat during any combat. Therefore, follow up on this article to perceive the worst gun in the Free Fire that players should avoid during fights.

Furthermore, free fire being an exclusive battle royal offers a variety of guns for the players to utilize during combats. Howsoever, each weapon is not that good and worth using during fights as it might result in a defeat. Therefore, players should avoid using these kinds of weapons to avoid getting defeated.

Here are the Details about the Worst Gun In Free Fire:

As Free Fire features numerous weapons within the game, there are some weapons that players should avoid using. Therefore, here are the worst guns in Free Fire.

MP5 is a submachine gun shortly called SMG in Free Fire. The MP5 SMG offers comparatively less damage and even deals with a high fire rate than the other SMGs. Also, using this weapon is even not that effective in close range nor long-range as it concludes low weapon specifications.

M60 is an assault rifle in Free Fire that complies with a complicating accuracy for the players. Moreover, no other attachments rather than a magazine can be attached to this terrible assault rifle. Therefore, it results in a disadvantage for the players while being used during the combats.

VSS is a submachine gun as per the Free Fire conspiracy, however, many players consider it as a sniper rifle. We can attach only stock and a magazine to VSS in terms of attachments. Moreover, it comes with pre-attached 4x Scope but deals less damage comparatively,

In conclusion, players should avoid using these kinds of weapons as they might result in a defeat. However, it differs according to the player to player perspective and the style of playing.

Free Fire Battle in Style Emote: How to get Free Emote in Free Fire

Forza Horizon 5 Online Not Working: How To Fix It