Top 5 Best Character in Free Fire: Do you planning to buy a character in Free Fire? If yes, then follow this guide to choose the best one. On the other hand, in-game items are pretty expensive in games. That’s why choosing an item is a pretty challenging task. Below you will read an in-depth explanation – which will help you to choose the best one.

The first character in the list is Shirou with the “Damage Delivered” ability. Shirou’s ability helps gamers to mark their opponent and their movement for 6 seasons. Moreover, the first attack will damage over 50% of your enemies.

The second-best character on the list is Skyler, the “Riptide Rhythm.” He is one of the most premium characters in the game. Skyler’s ability is pretty dangerous when it comes to Gloo Walls. His ability can destroy over 5 Gloo Walls and gain HP at the same time.

Master of All: K

K is one of the most dangerous characters in the Free Fire game. The ability to increase the EP of his teammate makes him the best team character. Not just damage but K also gains HP when his mode is activated mode. If you are a solo player then K is the worst character for you.

The next one on the list is Chrono the “Bounty Hunter from Another Word”. Great footballer Christiano Ronaldo is adapted into Chrono. Chrono’s ability can create a shield that can handle damage of around 600 HP. Moreover, he is another best team player.

The best character in Free Fire is DJ Alok 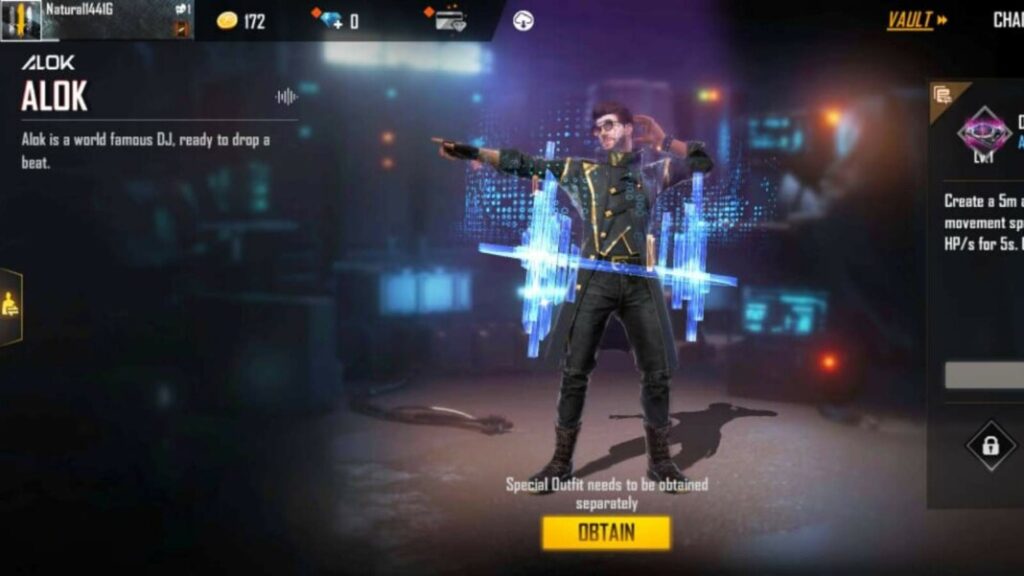 Finally, the best character on this list is DJ Alok. So far he is the best character in Free Fire. There are many abilities to harm your enemy but few can heal it and DJ Alok is one of them. His ability helps to heal for 5 seasons and improve his movement speed. Not just best by one of the most popular characters in the Indian region.

In the pool of characters in Free Fire, these are the top 5 best in all of them. Moreover, the above-mentioned abilities are at level 1. This means if you upgrade them then these characters will become more powerful. Some characters are more expensive than others but that doesn’t mean they are the best. Choose according to your requirement and learn about that character.