Brawlhalla Servers will be down for a while now. The new patch will be bringing the Walking Dead in the game very soon with some bug fixes and new features. Know about all of them here! 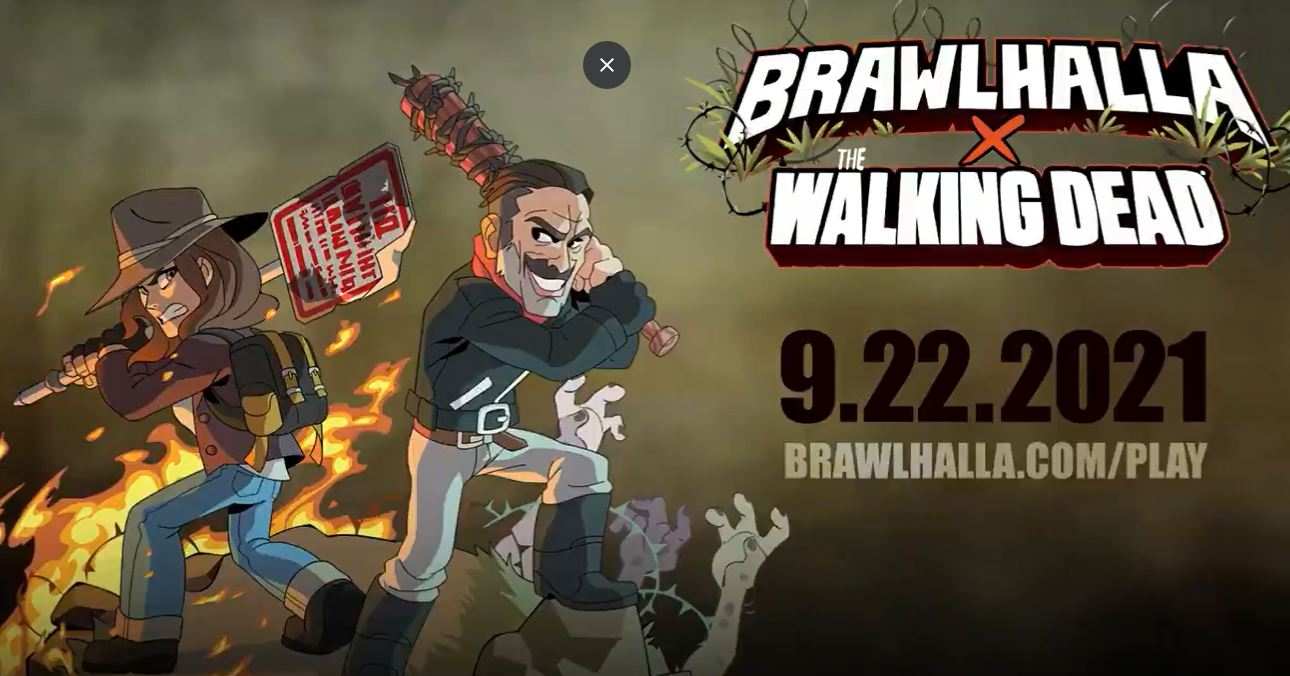 Brawlhalla Servers Down: Brawlhalla has officially announced downtime for their servers. And this means we will be seeing Negan and Maggie from The Walking Dead Series. Apart from that, we will also see some more new features from the new patch. The Brawlhalla Server is currently down and the status is still unknown, but all of us know that it’s going to be the Walking Dead Part 2 in Brawlhalla patch 5.12.

Brawlhalla Servers will be down for about 3-4 hours. It seems though, that the person handling the Twitter handle has no clue about how long the maintenance will last. As you can see in the comments of the tweet below:

Servers are down for just a bit while we patch. That means Brawlhalla x The Walking Dead Part 2 (with Negan & Maggie) starts soon!

Here are the patch notes to tide you over until then: https://t.co/CpOyokssyA

The Storyline of The Walking Dead in Brawlhalla:

On September 12th, AMC’s Walking Dead tweeted out their collaboration with Brawlhalla. And in their caption, they said: ‘Walkers are coming back to Brawlhalla’. This is where Brawl of The Week comes in.

So what we claimed in our Brawlhalla X Walking Dead Part 2 was not entirely right. It is actually the Walkers that are bringing the Walking Dead crossovers. But sarcastically speaking, it’s just a way to add new crossovers in the game. Let us know if you agree in the comments down below 😉

So, Brawlhalla will be giving Jaeyun some love this time around. Jaeyun didn’t have any crossovers before and BMG has finally decided to bring him some spotlight. Even Jhala had a crossover for herself from Adventure Time (Finn).

Regardless, it is still entertaining to watch two more crossovers in the game. For the Free-to-play side, we will still have a new Brawl of the Week to play (Walker Attack). Walkers will wreak havoc and you’ll have to last longer than your opponent.

Furthermore, in the test features of Brawlhalla’s Experimental lobby, there were ‘shadows’ being tested. It is highly likely that they will be in the game too.

There will also be some Bug Fixes and Improvements that you can find on their Official Announcement of Walking Dead Crossovers. Read the patch until the Brawlhalla servers are down and have patience!

One thing that we ascertain is that Brawlhalla planned way ahead of time for these crossovers. The reason being that the Mammoth Invitational and Mammoth Arcadian ended exactly before the schedule.

Munin The Raven Brawlhalla: First Look at The Legend