APL is organizing invitational tournaments which include top teams of BGMI. Know all the details here. 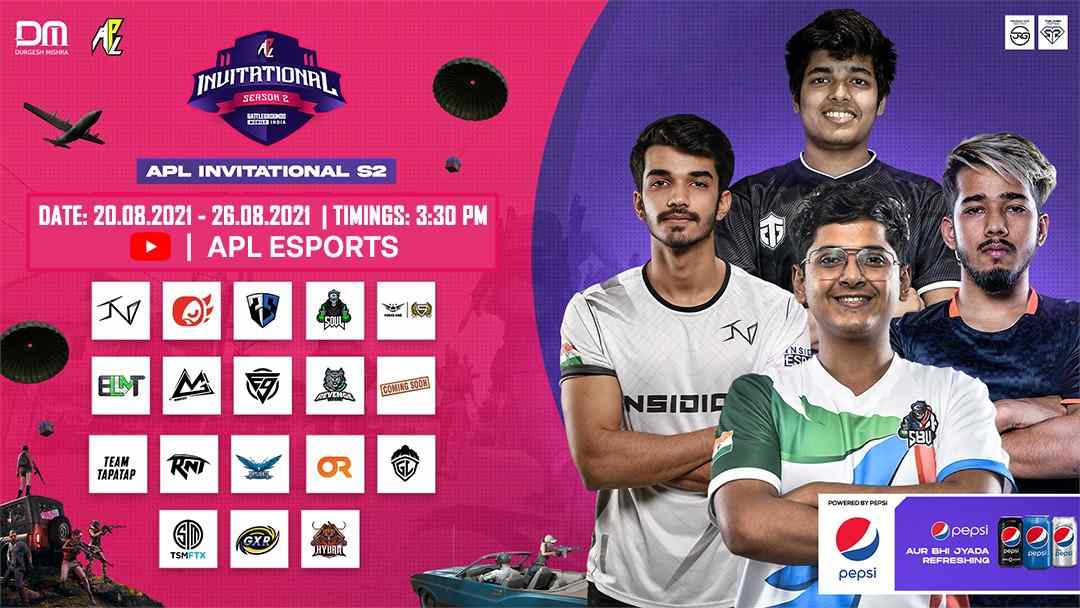 APL Invitational Season 2: APL ESPORTS, an upcoming Indian Esports organization, and media broadcasting company. The org has recently announced a new Battlegrounds Mobile India tournament where top-tier teams will be competing against each other. Moreover, a total of 24 best teams in India will be competing in the tournament for a prize pool of INR 2,50,000.

So, here are all the details about the tournament including the team’s name and dates.

APL Invitational Season 2: All You Need To Know

The tournament is powered by Pepsi and sponsored by Durgesh Mishra and APL. Furthermore, the tournament will be played in two rounds and will last for 7 days.

So here is the format of the tournament:

The first round will feature a total of 24 teams who will be divided equally into 4 groups A, B, C, and D. Each group will feature a total of 6 teams. These teams will compete in a round-robin format for 4 days and 9 matches each, for a share of the prize pool and qualification to the second round. The top 18 teams from the overall standings of Round 1 will qualify for the second round of the competition.

Along with this, one fan-favorite team chosen by fan votes out of the eliminated six teams will also make it to the second round.

The second round will feature a total of 19 teams (18 Qualified + 1 Fan Favourite) who will battle for 3 days to determine the winner.

Note: All the teams are invited, teams.

Note: Award for matches played in Round 2 ONLY

The matches will be streamed on the official Youtube Channel Youtube. All the matches will start from 3:30 PM from 20th to 26th August. Besides this, you can also watch the players Mortal-Scout, Mortal-Jonathan, and Mortal-Mavi play the tournament on their official YouTube Channels as well.