Brawlhalla Active Input: If you have played Brawlhalla for a while you should know that there’s a specific term called Active Input. What is the meaning of Active Input in Brawlhalla? Don’t worry if you don’t know it yet, by the time you reach the end of the article you’ll have an idea of what it means. We’ll also tell you how to complete the Active Input attacks quest in Brawlhalla here.

What is the Meaning of Active Input in Brawlhalla?

The meaning of Active Input is that the signature or attack that you’re using can actually be altered before it is completed. So, whenever your move is not finished you’ll have to press a different key to alter the direction of the signature.

There are different characters and weapons that have the active input. We’ll discuss them later on here. If you already know about active input signatures you can skip to the end to know all the legends and characters for the quest.

There is also a mission to Emote on Kors Platform in Brawlhalla. Check our guide here to know more about it.

The way the Active Input works is when you use a signature or an attack on your opponent there is a short time before the frames are actually completed. This is where Brawlhalla mechanics can be altered. Between this short time frame, you’ll have to press the directional key you want to send your opponent in.

To explain we’ll take the neutral air or Nair attack on Scythe. Try grabbing your opponent (or even a bot) with the Nair. After trying it out without pressing any other keys you’ll notice the opponent goes in the same direction as yours. However, if you grab them and press the key in the opposite direction (for our example on the left/right) they’ll be sent in that direction.

How to use a Reversal Signature in Brawlhalla?

How to Use Active Input Signatures in Brawlhalla?

This will depend upon your Elo as to which signatures/moves you can use. For example, if you’re very high Elo you might face opponents that can literally dodge out of your signatures. In such cases, you might be better off finishing them with the Scythe attacks like Down Light.

If you’re somewhere near Platinum, or below you can use the signatures easily for KOs. Now, this is not only for the Battle Pass Mission but for the new Mordex Skin as well. In the General missions section (bottom left of the image above) you can see the mission.

Weapons for the Active Input:

Characters (And their Signatures) That’ll Work: 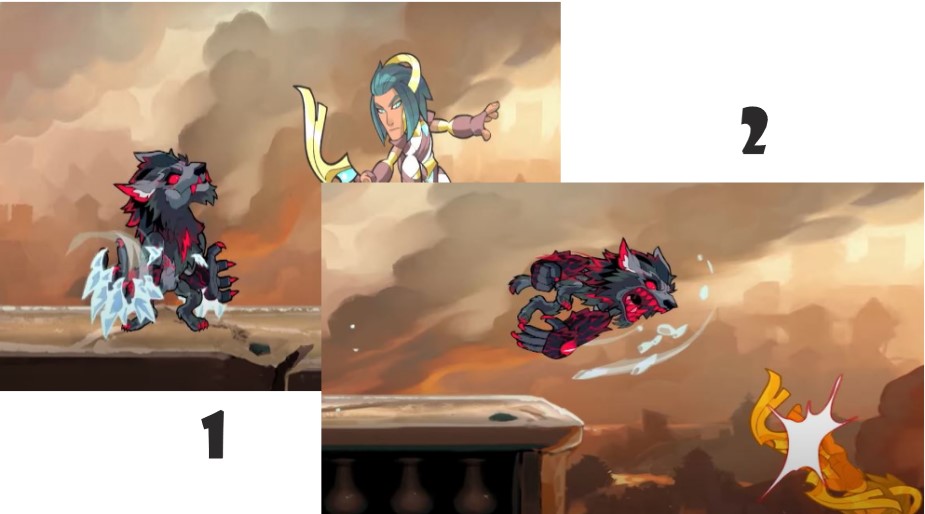 Below is the list of characters you can use for completing the quest:

If you think we are missing out on any characters and their signatures please do mention it at the end of the article here. This will also help other players to complete their missions and get the new Mordex Skin. This is all about the Active Input Attacks and Signatures in Brawlhalla.

For more such Battle Pass Missions, updates, and details on Brawlhalla make sure to keep following us here!