Find out all of the ATM Locations in Fortnite from us below. Also know how to complete the quest of Free Guy in Fortnite for ATMs 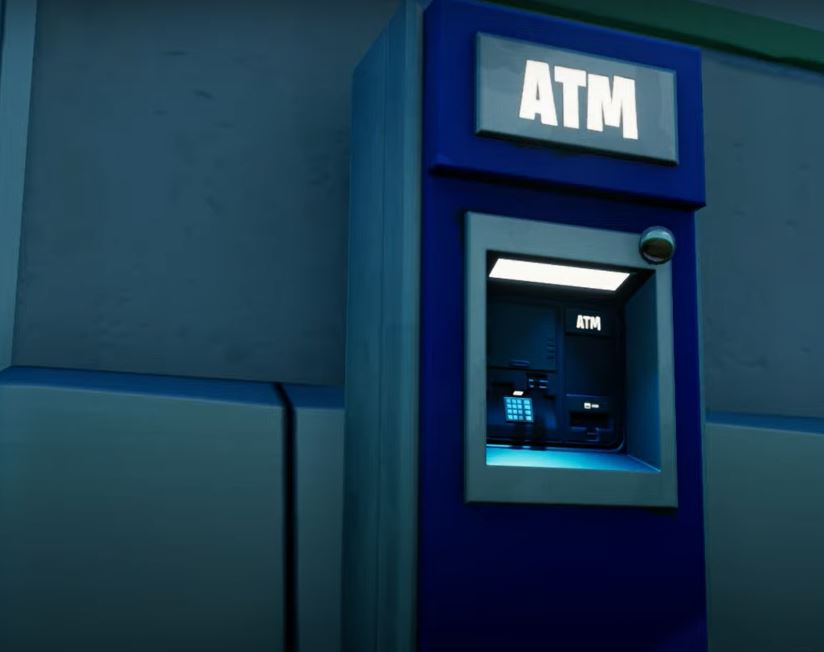 Fortnite ATM Locations: Fortnite just released the Free Guy and players all over the place are looking to get the new skin. Although, to get the Free Guy you’ll have to complete some of his quests to get him. We’ll talk about all the Fortnite ATM locations for the Free Guy quests here. Stay tuned till the end to know all about the quest.

An ATM in Fortnite is like the regular one that you can find anywhere. Although, this time around you’ll not be visiting them for only money. You will have quests from Free Guy to unlock the brand new skin. Fortnite tweeted out the release of the skin yesterday:

He’s flexed his way into the Shop, so grab him while you can! pic.twitter.com/GFj2NPk9le

And now we’re here with the quests to complete for the skin in Fortnite.

How to Get Gamora in Fortnite? Check it out here!

Where are All the Fortnite ATM Locations?

Below is the list of locations where you can find the ATMs in Fortnite:

As you can already see that there are a lot of these Fortnite ATM locations. However, to pinpoint all these locations you can refer to the map we have shown above. If you find any other location besides this you can also let us know in the comments section down below.

Do you know how to Visit an Abductor in Fortnite?

What is the Use of the ATMs in Fortnite?

Also, complete the first 5 quests to get the ‘Good Guy’ emote. Earn 200 Gold bars for all of the quests. You’ll also get a legendary quest after completing all the normal quests for Free Guy. Ryan Reynolds will have something to say to you for the quests from the ATMs. Make sure to hear from him carefully.

For the latest news, updates, characters, skins, and much more about Fortnite make sure to keep following us here.