Sayu's official demo from Genshin Impact is out now! Also know more about the character in detail. Her elemental skills, constellations, and ascension materials over here.

Technically speaking, Sayu is not actually a Tanuki. But she really acts and looks like one of her sizes. Sayu is a really cute character. She is a female claymore-wielder. Also being one of the Inazuma characters that are in Genshin Impact. And we are yet to see more of them as well.

Her in-game features like running around and other animations are really well-made. According to Genshin Impact, she is a Shuumatsu-Ban ninja that is almost always sleep-deprived and doesn’t leave any traces behind.

Although she can’t do both simultaneously, she will go to sleep and drive the tanukis away in her dreams to not look like one herself. Know more details about her in Genshin Impact below.

Not only this she also has a voice from a well-known YouTuber LilyPichu. 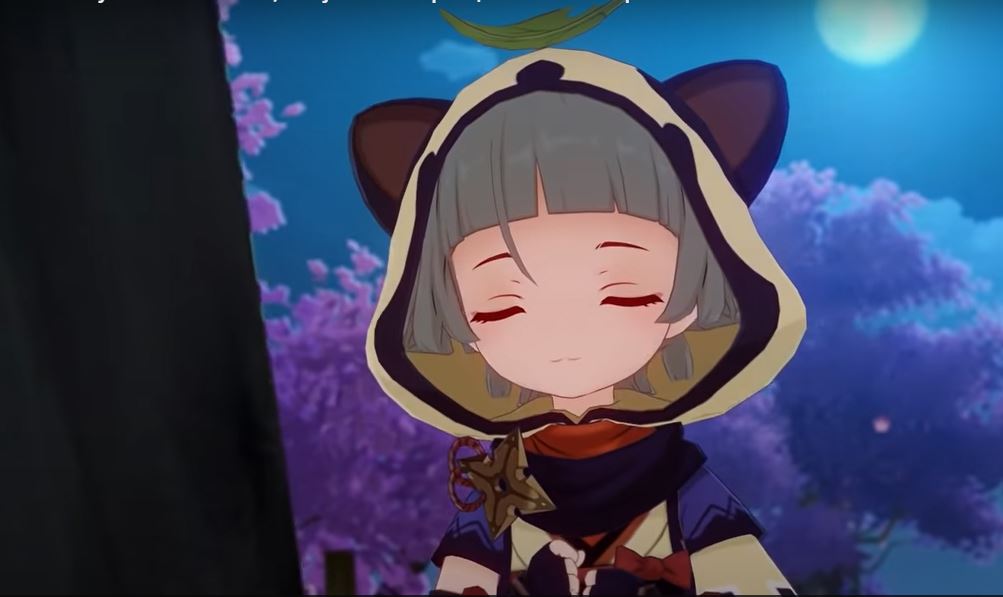 Basically, Sayu is a 4-star female Anemo character that is going to make an appearance on 10/08/2021 or 11/08/2021. Despite her small size, she still wields a claymore. However, the size of the Claymore is a bit awkward.

If you’ve seen Razor or any other character using a Claymore you can easily spot the difference. Besides this, her titles are Mujina Ninja, Shiyuumatsu Ban’s Resident Ninja.

YooHoo Art (Mujina Flurry): The Muji Muji Daruma will deal Anemo damage to opponents if all the characters from the team are above 70% HP. If not above 70% it’ll start healing the characters.

These are some amazing powers from Sayu in Genshin Impact 2.0.

Mult-Task No Jutsu – Ignoring 70% HP cap the Daruma heals everyone regardless.

Bunshin can Handle it – Mujina Flurry goes directly to lv. 3

Her ascension will basically include the Vayuda Turquoise Silver (fragments, chunks, gemstones), marionette cores, crystal marrow, and energy nectar. And also a lot of morae. So, start preparing for the ascension of Sayu now if you want her in your team in Genshin Impact!

Note: Sayu is not officially out yet. This data may change in during further updates.

Have you finished the Nameless Treasure quest in Genshin Impact yet?

So, the Demo actually reveals a lot about the character. You can look at her elemental skills. A brief history about the Shuumatsu Ban Mujina Ninja. Basically, an overall look and teaser from Genshin Impact Official on Sayu.