What are the Nameless Treasures in Genshin Impact?

There are a total of 3 different Nameless treasures in Genshin Impact. All three of these are located across the Liyue region. Although there is no order for finding them. You can still expect this to be a difficult mission.

And that is exactly why we have our guide here. You can know the fastest way to finish the quest from us here.

Where to Find the Nameless Treasure in Genshin Impact?

There are three different locations where you can find these 3 different nameless treasures. The 3 locations are mentioned below. We suggest that you go in the following order:

Note: Before you can start this quest you’ll have to complete the ‘And This Treasure Goes to..’ Genshin Impact quest. (Follow our detailed guide for it as well.)

At Dunyu Ruins you’ll have to first unlock the Geo stone that is locked. However, to do so you’ll have to light up all the pyro torches around the location.

After lighting up all the torches you’ll unlock the geo emblem. Use any Geo character on the emblem to light it up.

Do you know the Best Genshin Impact 2.0 Characters? Know them with our most recent tier list here!

What to do After Lighting up the Torches?

Now the camera should roll down and show you that the lake below is starting to dry up. However, you’ll see that at the bottom of the lake there’ll be a treasure that will be surrounded with a force field.

In order to pass the force field you’ll again have to do some side quests. You’ll have to defeat a decently strong enemy before you can progress ahead.

Further, after defeating him go to the steps right below the Geo emblem and you’ll find a spirit. Although this will also cause you to agro the giant mecha protecting the site. You don’t have to take the trouble of defeating him. Try to avoid fighting as much as you can.

After you place one of the spirits on the statue you’ll have to find another one on the west of this statue. You’ll see a challenge right there and you can compete it if you wish to.

Finally, get you’ll find the next spirit behind where you got the challenge. Get the spirit to reach her statue and you’re all set to get your first nameless treasure! 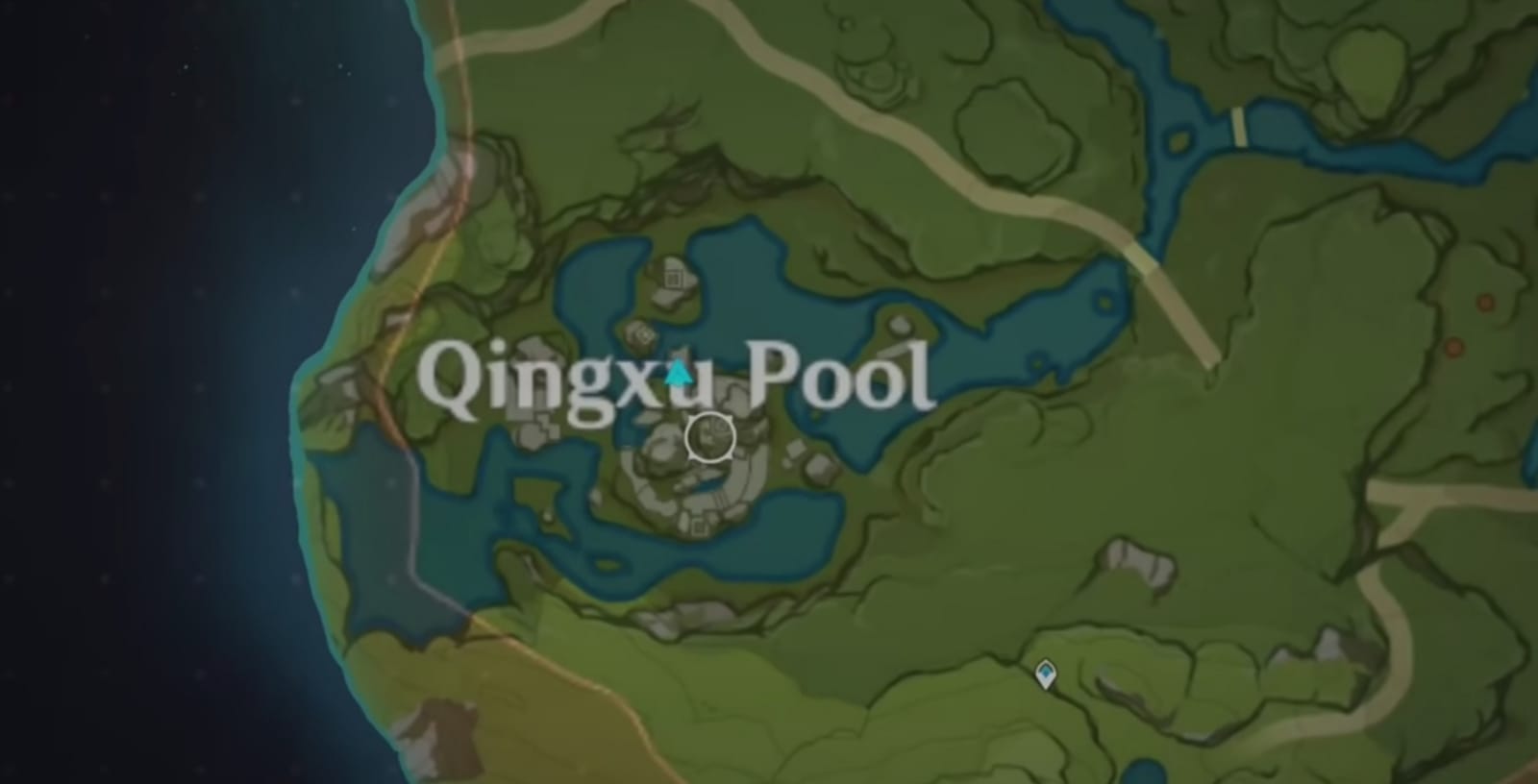 At the Qingxu Pool, you’ll have to first read a tablet in the middle of the location. After you complete reading it start using your geo characters to light up all the emblems around. However, there will be Geo emblems you’ll have to light up here.

The four locations are a bit hard to explain but we’ll try our best to do it. The locations for the 5 Geo emblems will be:

As you illuminate the 5 emblems of geo you’ll see the chest unlock. Go to the chest and collect its contents. This will also give you another nameless treasure.

This one is going to be by far the easiest treasure you’ll get to find amongst all three. So you’ll get it done in no time. All you have to do is go to the southwest of Lingju Pass.

Use the key to free her. As a gift for saving her, she’ll tell you the location of the last treasure. This will be right below the cliff you’re standing on. Glide there and dig up the treasure. Remember to not pick a fight with the enemies there as it is not necessary.

What to Do with the Nameless Treasure in Genshin Impact?

With this, we hope that you’ll be able to find all the 3 Nameless Treasures in Genshin Impact. This is the fastest way to complete the quest. For more updates, the latest news, in-game quests, and quality content on Genshin Impact you can keep following us.