KSI tweeted today that one of his songs from the ‘AOTP’ album is out now in Fortnite. KSI’s fans are really excited to check out his song in Fortnite.

KSI in Fortnite: Olajide Olayinka Williams “JJ” Olatunji, better known as KSI is born on 19 June 1993. He is an English YouTuber and rapper. He ranked second in 2019 by The Sunday Times in the list of the top 100 UK influencers. One of the songs from his ‘AOTP’ album is out now in Fortnite.

Around 2009, KSI registered his main YouTube account, and his content has diversified to include vlog and comedy-style videos. He has over 8 billion video views and 34 million subscribers and across his two YouTube channels as of March 2021. On social media, KSI in Fortnite has gone viral.

Surprisingly, KSI tweeted that one of his songs from the ‘AOTP’ album is out now in Fortnite. KSI’s fans are getting really excited to listen his song in Fortnite. KSI still plays Fortnite and he is a huge fan. 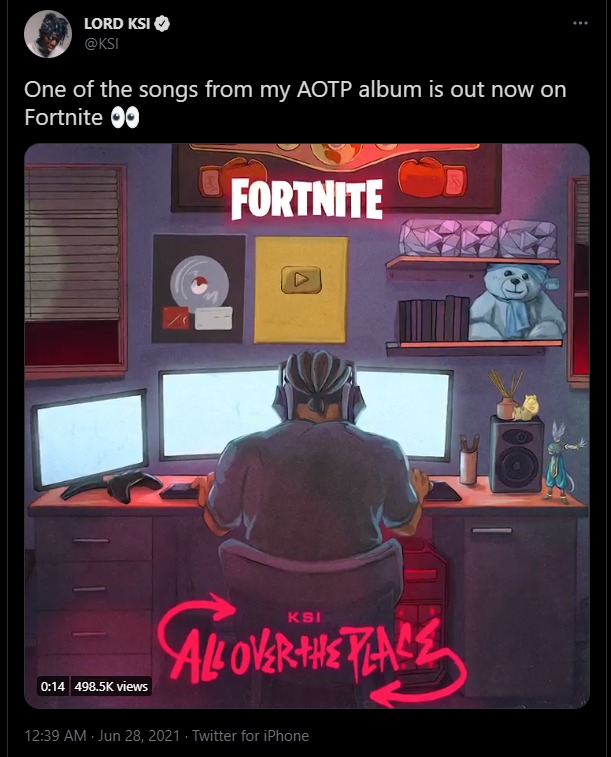 Furthermore, the title song “Keep Up,” for KSI’s debut extended play, featuring Jme, was released on 13 November 2015, reaching number 45 on the UK Singles Chart. He released the full EP on 8 January 2016 through Island Records. On the UK Albums Chart, his song debuted at number 13 and number one on the UK R&B Albums Chart.

Uniquely, KSI announced on 26 April 2021 via his social media the release of his upcoming second album, All Over the Place, which will be releasing on 16 July 2021.

How to Join Contests on the Fastest Growing Fantasy App Howzat?