FAUG TDM Mode Early Access Download Link: FAUG is an Indian story mode game which is made by Encore Games. The game was launched earlier in January 2021. Now, in addition to the story mode, a new multiplayer TDM mode is coming in FAUG. The new five vs five Tdm will be exciting to see as it is an Indian game.

The game was quite good at its story mode option but due to the lack of variety of modes, it did not get the perfect response. On June 21, the beta version of Tdm was under testing and now it is launched as early access.

FAUG is a mobile story mode game made by Encore Games. It is an Indian-made game. The brand ambassador of FAUG was a famous actor Akshay Kumar. The game was launched earlier on January 21, 2021, and it was launched with only the story mode option.

FAUG Tdm mode is quite good. Just like before, the game describes Indian culture and the Tdm map has also got all words in our national language Hindi. The game’s Indian culture makes it popular across India. The character of players will be dressed up in Soldier Dress only.

Just like other games, FAUG’s Tdm also consists of the same thing. The team reaching a certain number of kills faster than their opponents takes the match.

FAUG TDM Mode early access is available on the play store. The players will have to be quick as it is limited by a certain number of slots. This is not the official version so Encore Games will launch it soon.

If you don’t get Early Access, then by waiting a few days, you can download the official version directly, or else you can wait and try the next day in the early morning as slots are renewed every day. You can download it using the link given below

ALSO READ: FAUG Vs. SICO: Which is Better in all terms? 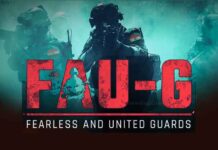 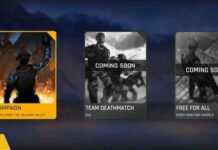 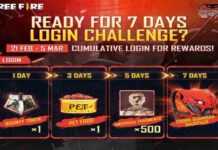 Guide to Get the Cobra Guardian Backpack Skin for Free