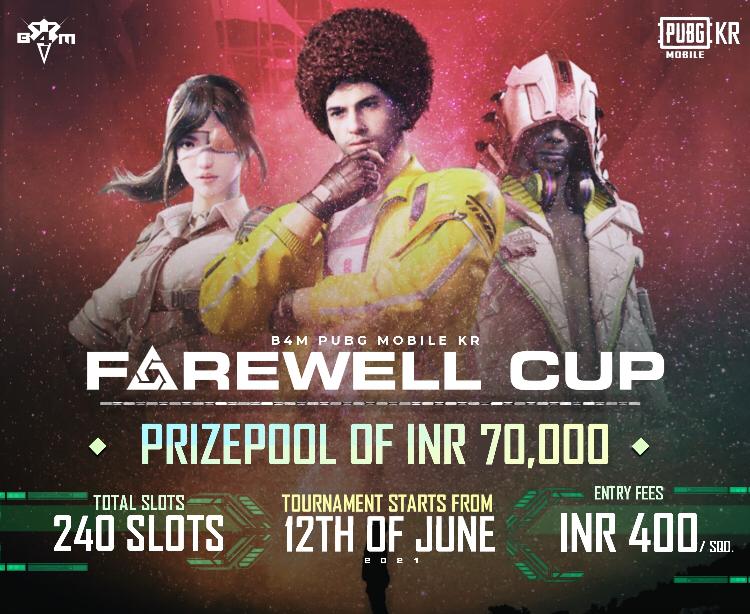 After the massive success of Champions Cup Season 5, B4M and PMPC is hereby presenting yet another tournament with a whopping prize pool of 70,000 INR.

B4M is a premier destination for underdogs to showcase their skills against professional players. With over 11k followers on Instagram, B4M is one of the embryonic organizations in this field.

B4M recently announced their latest tournaments explicitly for all emerging underdog teams. PUBG Mobile KR Farewell Cup by B4M and PMPC is an upcoming event where not so popular teams are meant to battle against each other to deliver breathtaking fights to the fans.

A total of 32 teams divided into four groups are competing in the tournament. Here’s the list of teams playing PUBG Mobile KR Farewell Cup:

The tournament features a massive prize pool of 70,000 INR which will be distributed as follows:

As per the official schedule, all the tourney matches will be played according to the Robin round system. All the teams will fight against each other straight for three days, and the matches will be broadcasted on PMPC official YouTube channel.

Social Handles of B4M and PMPC