How to Get Toxic Rick in Fortnite Completely Free?

With the release of Fortnite season 7 we can see all the new skins that are being released, one of which is the Toxic Rick from Rick and Morty. To know more about how to unlock the skin and get it for free give this a read.

With the brand-new update of season 7 introduced in Fortnite, there were a ton of various skins, weapons, features, map changes, etc. were introduced. Also, we saw the teasers from Fortnite itself of the new skins that they were going to reveal in season 7. One of them was Rick Sanchez from Rick and Morty and his Toxic Rick Skin in Fortnite.

It is comparatively easy and actually mandatory to have the Rick Sanchez Skin unlocked before you get the Toxic Rick Skin in Fortnite. In this guide, we’ll help you know what the skin is about and, how you can get it completely free.

What is the Toxic Rick Outfit in Fortnite?

Also mentioned in one of our New Skins leaked in Fortnite about season 7, you can see some of the rumors were right.

How to get Toxic Rick in Fortnite Completely Free? 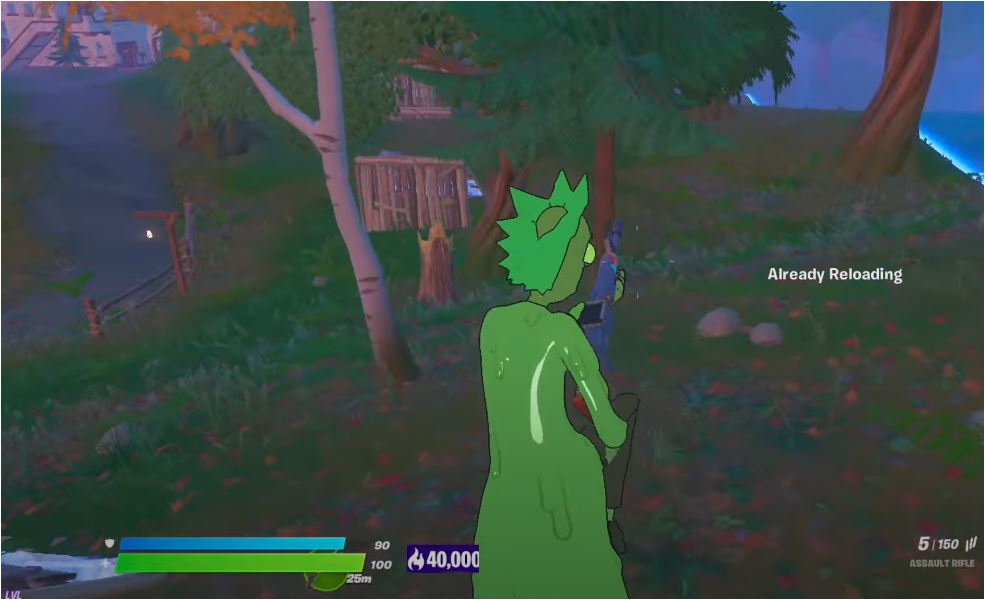 We also mentioned earlier in Rick and Morty in Fortnite about the new Rick Sanchez skin which you can read here. However, with this base skin we now also have Toxic Rick that you can unlock in Fortnite Season 7.

It’ll take a lot of grinding in order to unlock the new Toxic Rick Skin. But, you can still do it for free. It’ll take time to gather all that exp to level up and collect all the battle stars but is doable.

Each level up provides you with +5 Battle Stars. You get exp for different tasks as mentioned below. You’ll just have to follow the steps below to gather all the exp required for leveling up:

It is also to be noted that you’ll have to unlock 105 rewards in total to unlock the Toxic Rick Skin. You can purchase the rewards with Battle Stars which you get from leveling up.

For the very new creative map codes from Epic games follow this link. Concluding, you can unlock the new Toxic Rick Skin for free but it’ll take a lot of grinding in the Battle Pass of Fortnite and the game itself. Hence, keep playing the game as much as you can.

Porta Potties Fortnite Locations and How to Travel Between Them

ABOUT US
A daily dose of your viral news, game reviews, research analysis around the casual and competitive esports scene. It is a viral Indian esports newspaper founded by two geeks to deliver top-notch stories, updates, and everything from the world of esports.
Contact us: [email protected]
FOLLOW US
© MOROESPORTS | All Rights Reserved (2020-Present)