This article will showcase detailed and best drills for Immense Assaulting.

Assaulting Drills in PUBG: PUBG Mobile’s ban affected very loss to the environment of competition and was very sad for the Indian gaming community. PUBG Mobile was banned by the government and the Ministry of Electronics in September with more than 118 Chinese apps for privacy reasons.

For the past 7-8 months, players and fans are waiting for the re-release of PUBG Mobile for the betterment and again rise in Esports. Also PUBG Mobile gave signs and some hints by deleting more than 1000+ posts overnight, still, there is no official news.

A competitive team contains mainly 4 players. The main player of the team is called IGL who is also called the In-game leader. IGL decides every moment and handles his team with crucial calls. Secondly, Assaulter plays an important role by taking some important frags during the fight.

Also, Sniper is much need at the time of rushing at any squad while any fight. While also Entry fragger or Supporter are playing an excellent role by taking immense entry fragging and knocks while mid and close-range fights. 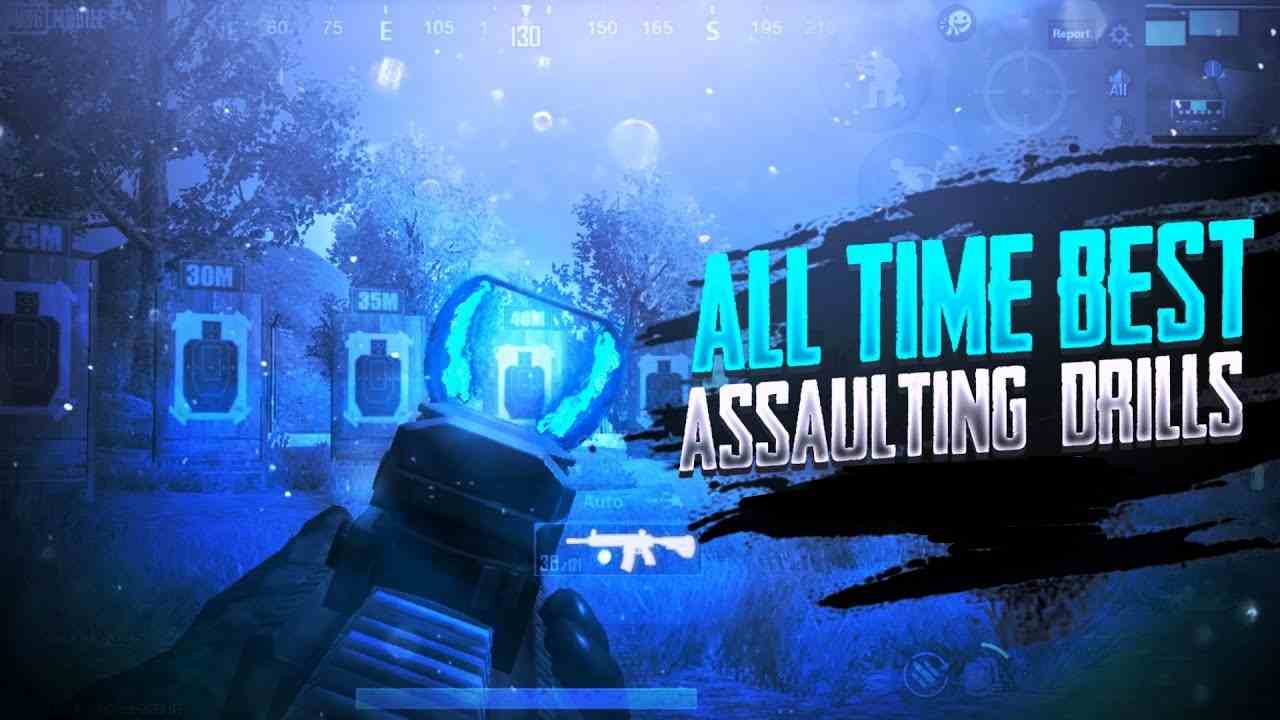 Below drills are suggested by some of the best Indian assaulters like IndSnax and many more. Also, players have to practice the following drills in ‘Training Ground’.

The First Drill will be very useful for perfect aim accuracy. It will improve the joystick movement, fast crouch, and great reflexes.

In the Second Drill, players have to move and transfer one aim to another aim. It will improve spray transfer and will improve joystick control.

The Third Drill is based on 2nd drill. Players have to transfer spray from one target to another and then to one again. It will improve reflex which is a must during close and mid-range fights.

The Fourth Drill will be very important as the player has to transfer their spray using a quick peak for great reflex.

The Fifth Drill will help players to transfer their long spray. It will help to knock players from mid and long-range.

In the Sixth Drill, players have to deal very quickly with the prone and jump button. It will improve close range 1v3 and 1v4 fights.

The Seventh Drill will showcase to give perfect and stable spray. Therefore, it will be a great drill for spray transfer if you perform it daily.

In the Eighth Drill, players have to make sure that they must have good leaning skills. In addition, it will improve peak and crouch aim accuracy for best assaulting.

In this Drill Nine, players have to do jump, crouch, jiggle, and fire. Moreover, it will be very beneficial for close combat

The Tenth drill is the main and the beast drill for assaulters. However, the players have to just do jiggle and keep crosshair towards the target. It will improve your hip fire and close-range fights.

Also Read: How to Download PUBG KR on iOS With Safest Option?