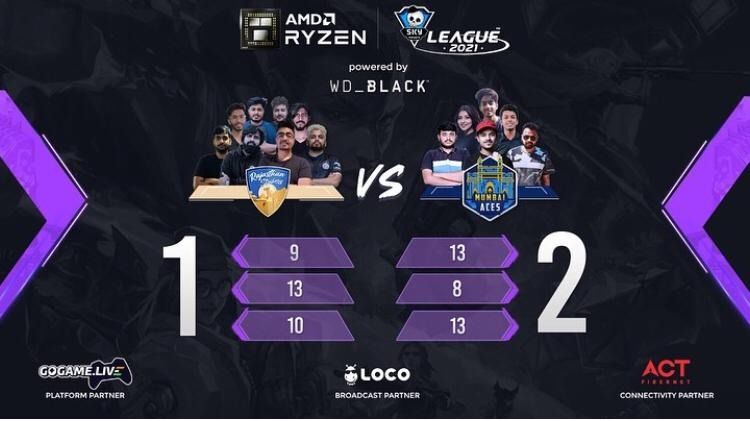 It was a blockbuster Sunday, While 2 strongest and fan-favorite teams played against each other. Also, the undefeated team has been defeated. Moreover, Team Mumbai Aces stops Rajasthan Strikers winning streak with an incredible win. It seems Mumbai Aces are back on track in AMD Ryzen Skyesports League powered by WD Black. 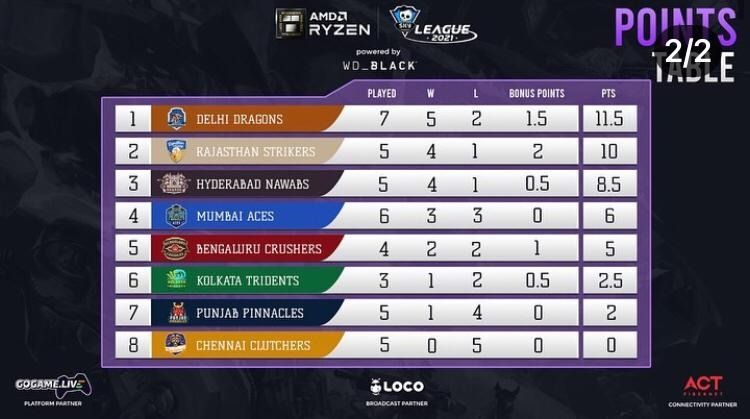 Match 1 was between Mumbai Aces Vs Rajasthan Strikers. Mumbai’s fans were very exhilarated for the first win against an undefeated team in AMD Ryzen Skyesports League powered by WD Black.

In the 1st Round, both teams tried their hard but Mumbai Aces manage to win the first match with a score of 13 – 9.

Round 2 was a decider round for Rajasthan Strikers, fans were expecting a win and Rajasthan somehow takes with 13 – 8.

Mumbai Aces hold their nerves and proved themselves and won with a score of 13 – 10. Therefore, Mumbai played an excellent game and made a position in the Top 4 of the point tables.

While Delhi Dragons are still on top of the table and Rajasthan Strikers on 2nd place.

The Midseason transfer in AMD Ryzen Skyesports League powered by WD Black is now open. Moreover, all teams are allowed to transfer and shuffle their players. While fans are expecting a massive second half of the tournament.