After 12 entertaining days of AMD Ryzen Skyesports League, Day 13 was also fully excited and nail-biting for Mumbai’s audience and fans. Mumbai Aces played with immense strategy and made an awesome impression on all other teams.

After 12 entertaining days of AMD Ryzen Skyesports League, Day 13 was also fully excited and nail-biting for Mumbai’s audience and fans. Mumbai Aces played with immense strategy and made an awesome impression on all other teams. Team Mumbai Aces gives an easy defeat to Punjab Pinnacles.

Mumbai Aces beats Punjab Pinnacles and makes an indestructible and massive comeback in the points table. While fans just witnessed the best match in Ryzen Skyesports League 2021 so for and what a nail-biting finish we had. Rajasthan Strikers are still conquering on top of the table. 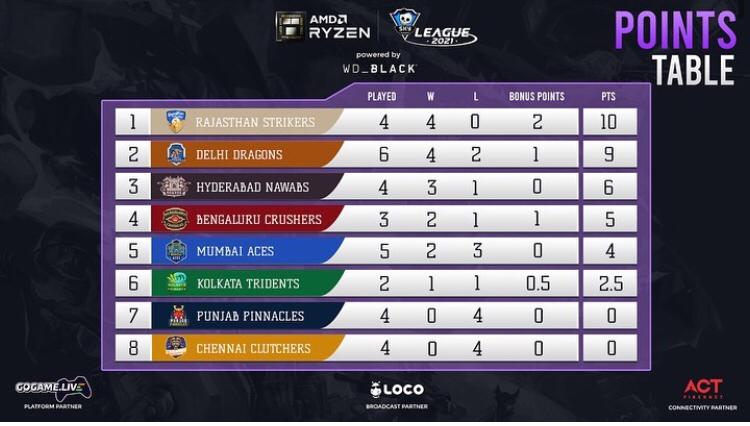 Match 1 was between Mumbai Aces Vs Punjab Pinnacles. Mumbai’s fans were too much excited for their intense packed performance in AMD Ryzen Skyesports League powered by WD Black. In round 1 both teams tried their hard but Punjab Pinnacles dominated to win the first match with a score of 13 – 11.

Round 2 was a match decider round for Mumbai Aces, fans were expecting a win and Mumbai pleased their fans and takes the round with 14 – 2. It was the Final round and Mumbai Aces hold their nerves and won with a score of 16 – 14. Mumbai Aces played with a perfect game plan and made a position in the Top 5 of point tables. While SMX and Raffa are on top of ‘Top 5 Players.’

The Content Creators have stepped up the game with insane kills in AMD Ryzen Skyesports League 2021. 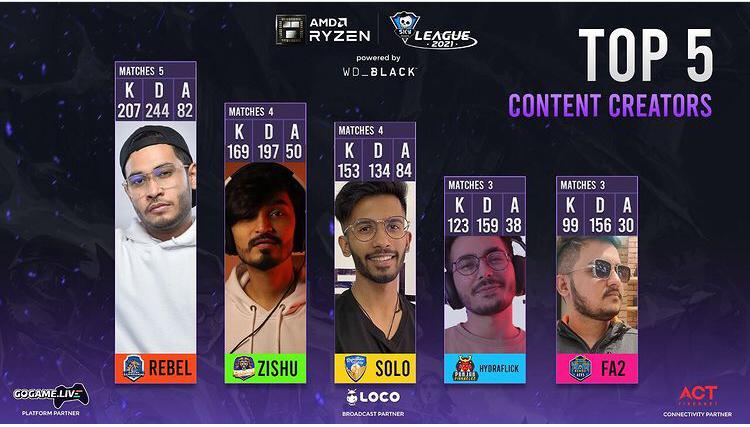 While Rajasthan Strikers are continuing their lead to be on top of the table. Delhi Dragons marked in 2nd position and Hyderabad Nawabs holding at 3rd position.