After completion of 6 action-packed days, Day 7 was also fully intense packed for the audience and fans. Rajasthan Strikers played very stunning and made a hostile impact on all other teams. 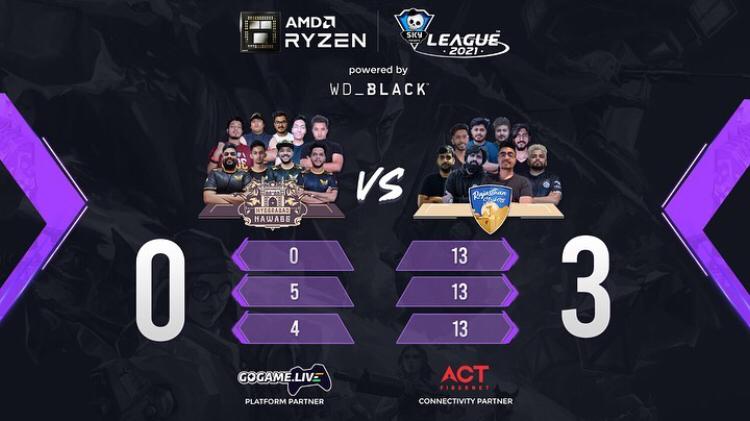 Match 1 was between Rajasthan Strikers Vs Hyderabad Nawabs. Rajasthan’s fans were very excited about their dominating performance in AMD Ryzen Skyesports League powered by WD Black. In 1st round, both teams tried their hard but Rajasthan Strikers dominated to win the first match with a score of 13 – 0.

Round 2 was a match decider round for Hyderabad Nawabs, fans were expecting a win but Rajasthan somehow takes with 13 – 5. Hyderabad Strikers had won the match still they dominated in 3rd round and delighted their fans with a score of 13 – 4. Rajasthan Strikers played with strategized gameplay and made a position in Top of point tables.

It is a very proud moment for Delhi Dragons, as their 3 players are in the Top 5 players.