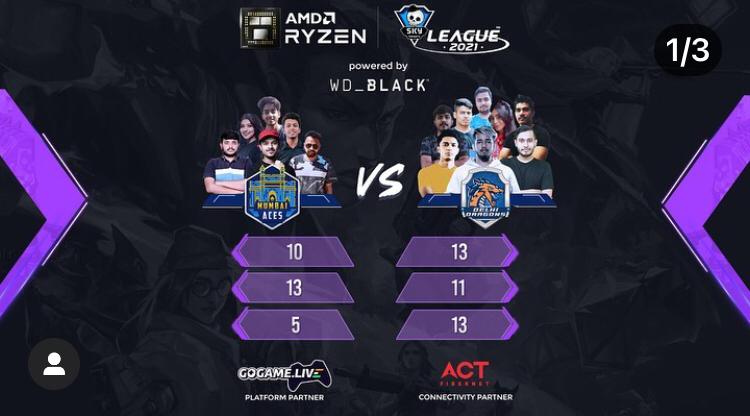 It was the best of 3 rounds, Team Hyderabad Nawabs cruises to get another easy victory against Punjab Pinnacles on Day 3 of AMD Ryzen SkyEsports League Powered by WD Black. In 1st round, Hyderabad Nawabs manages to win the round by 8 – 13.

It was also the best of 3 rounds, Team Delhi Dragons won after a tough battle against Mumbai Aces. It was a gritty match and Delhi faced a strong comeback from Mumbai, Delhi passed to get a win.

Raffa holds the tabletop with 126 kills, 84 deaths, and 31 assists. While it’s very surprising to see that 3 players from Delhi Dragons capturing the Top 5 position. They are Ghost, Smx, and Hikka. Binks holding the 5th position in the points table.