PUBG Mobile Update Brings Godzilla Vs King Kong to the Game. The players have to note that this update is available for PUBG Mobile 1.4 APK beta version only. For now, it is only available for invited users only.

PUBG Mobile Update Brings Godzilla Vs King Kong To The Game:  PUBG Mobile developers have launched the 1.4 beta update for the global version. The latest update brought many new features, weapons, to the game.

The most fan-favorite event in the new update is the new Godzilla vs King Kong of their latest collaboration. The players have to note that this update is available for PUBG Mobile 1.4 APK beta version only. For now, it is only available for invited users. 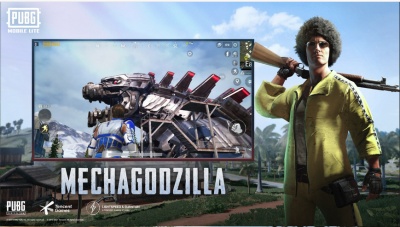 PUBG Mobile developers have launched many updates in the beta version. The lobby screen has been changed. Now players can see a vehicle on their lobby screen. For now, players will be able to experience monster themes in classic matches.

According to PUBG Mobile, the game is also expected to get a new Arena Map along with the main Godzilla vs King Kong Mode in the Erangle and Sanhok map. Players will see a new achievement screen which makes players understand easily. It would also include the Mecha Godzilla theme in the Livik. Players would be very excited to play the new TDM map Hanger.

Before downloading the game, players have to take care of the following things: PUBG Mobile is officially banned in India. So players have to download the game at their own risk.

Step-2  Once the app is downloaded, load it on your device, open the game and choose the resource pack.

Step-3  Players have to tap on the Guest option and have to enter the invitation code asked there.

Step-4  Download the map and enjoy the experience of the 1.4 beta version.