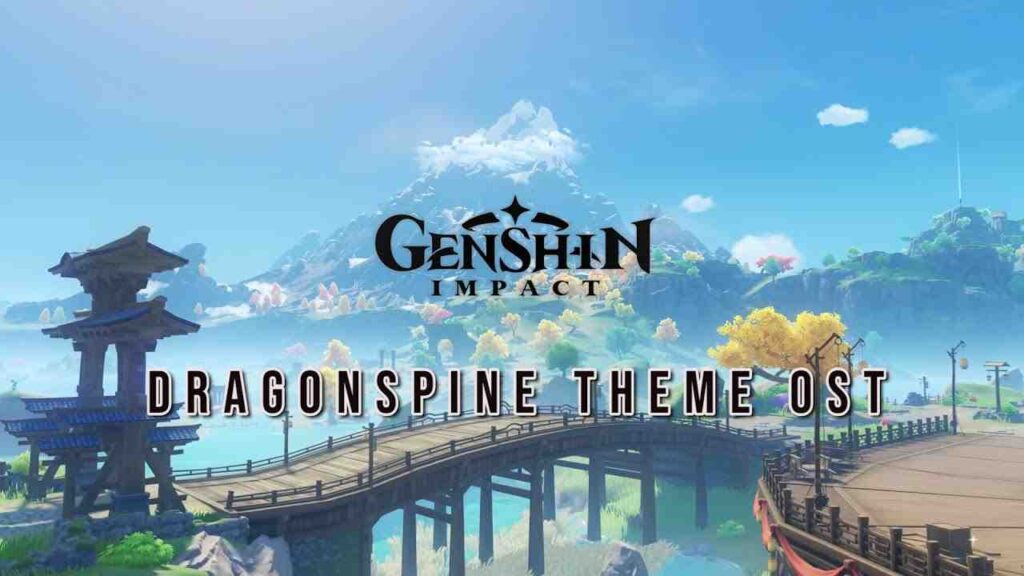 Recently, a brand new Dragonspine Soundtrack, a dubbed version of Vortex Of Legends, was announced in the Genshin Impact. Genshin Impact often offers numerous features and events that make the audience always connected and attached to them.

Among the numerous features, Genshin Impact offers various Soundtracks in-game for the players to take up the music’s feel. A famous composer- Yu- Peng Chen, composes most of the Soundtracks released in the Genshin Impact.

Details About the New Soundtrack – Dragonspine Vortex Of Legends

The brand new dragon spine soundtrack dubbed ‘Vortex Of Legends’had announced recently in the Genshin Impact. This album showcases the tracks of the game’s calm and chilly mountain region’s atmosphere.

The Vortex Of Legends Album included the following tracks:

Genshin Impact features an open-world environment and surroundings that multiply the action-formed. Also, the battle process thrills using elemental magic and character switching. It gives a kind of experience of something adventurous, courageous, and challenging while playing it.

It uses Gacha game monetization that allows the players to obtain new characters, weapons, and other resources.

Moreover, it features an open-world atmosphere where you can climb up to any mountain. Also, you can swim across any river and fly over the map experiencing the game’s mechanics.

Genshin Impact even concludes with beautiful visuals and graphics. So, it delivers real-life animations and a genuinely inspiring visual experience. And, we can play Genshin Impact on various platforms. Such as Play Station 4, Nintendo Switch, PC, iOS, and Android.