PUBG Mobile Korea announced an official statement restricting all the global users in the KRJP version. It is one of those most played versions mainly develop for Korea and Japan users.

Korean version is one of those most played versions mainly develop for Korea and Japan users.

However, users from around the globe were able to access this version till now.

PUBG Mobile Korean version is renowned for its variety of skins, and players find themselves luckier on crate openings than other versions.

PUBG Mobile Korean version restricting its operations outside the region: 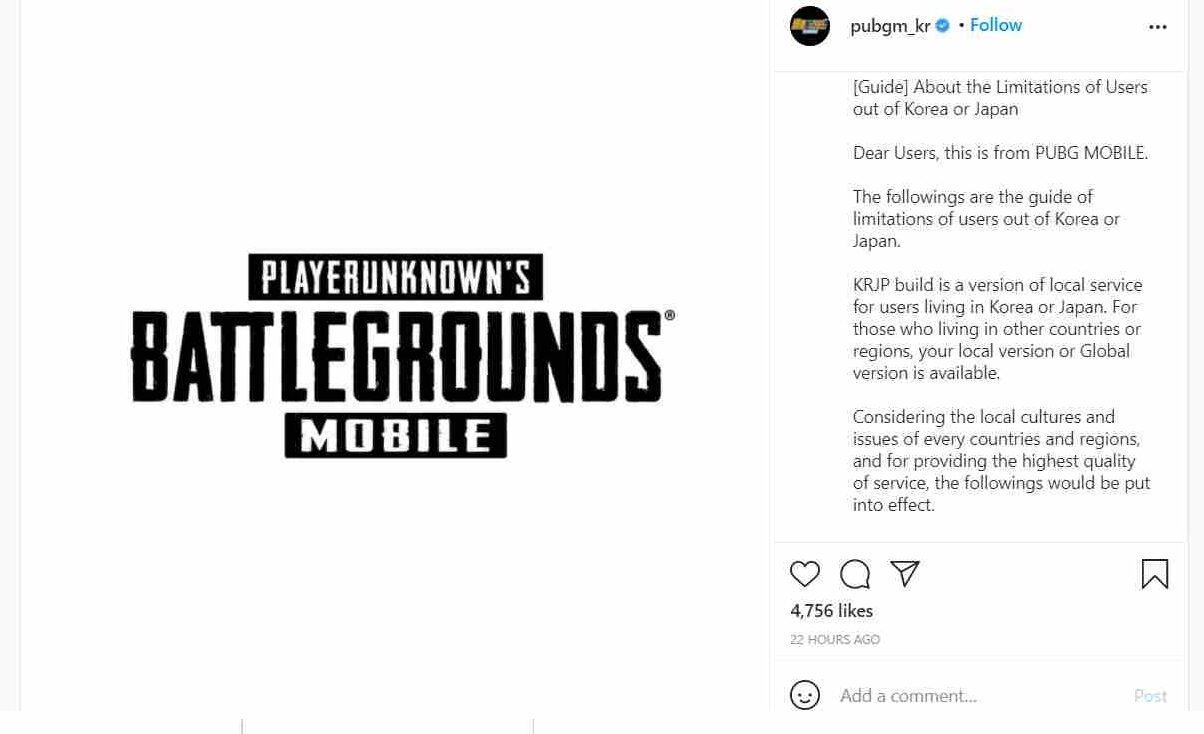 Recently, PUBG Mobile Korea had passed an official statement restricting the KRJP version’s access for outside users. These actions will implement over the upcoming weeks.

The statement stated that the KRJP version is for the local users residing in Korea and Japan. Those who are living in other regions can play on the particular local or global version.

They further stated that all the changes would be made for a better service, nothing related to inequality or discrimination.

They will be making the following changes in the KRJP Build

However, all of these three conditions for the Indian users will carry out by 30th June 2021.

After the PUBG ban in India, the users were left disappointed, but the PUBG Mobile India version had announced back in November, bringing about the players’ excitement.

Though there are no updates on the PUBG Mobile India yet, many players have already started grinding on the Korean version to regain their skills and tactics.