PMPL Brazil Season 1 will take place from 30th March to 25th April 2021. It is divided into two parts - League Stage and League Finals.

PMPL Brazil Season 1: During the PUBG Mobile Global Championship Season 0, Tencent announced to focus on improving the esports ecosystem in western regions. They are continuously working towards it, they introduced new Club Opens and Pro Leagues in western countries.

If we talk about the Americas specifically, Tencent introduced separate PUBG Mobile Pro Leagues for Brazil, North America, and LATAM. Previously there was only one Pro League which was PMPL Americas. PMPL Brazil Season 1 will take place from 30th March to 25th April 2021.

Total 20 teams ( 13 Invited+ Top 7 from PMCO Brazil) will participate in the League Stage to qualify for the League Finals. The League stage will be 3 weeks long where the top 16 teams will move to League Finals. Each week will contain 5 Matchdays (Tue & Wed – league play) (Fri, Sat, Sun – Super weekend).

The top 16 teams from League Stage (based on points earned in Superweekends) will qualify for the League Finals. PMPL Brazil Season 1 League Finals will take place on 23-25 April 2021. 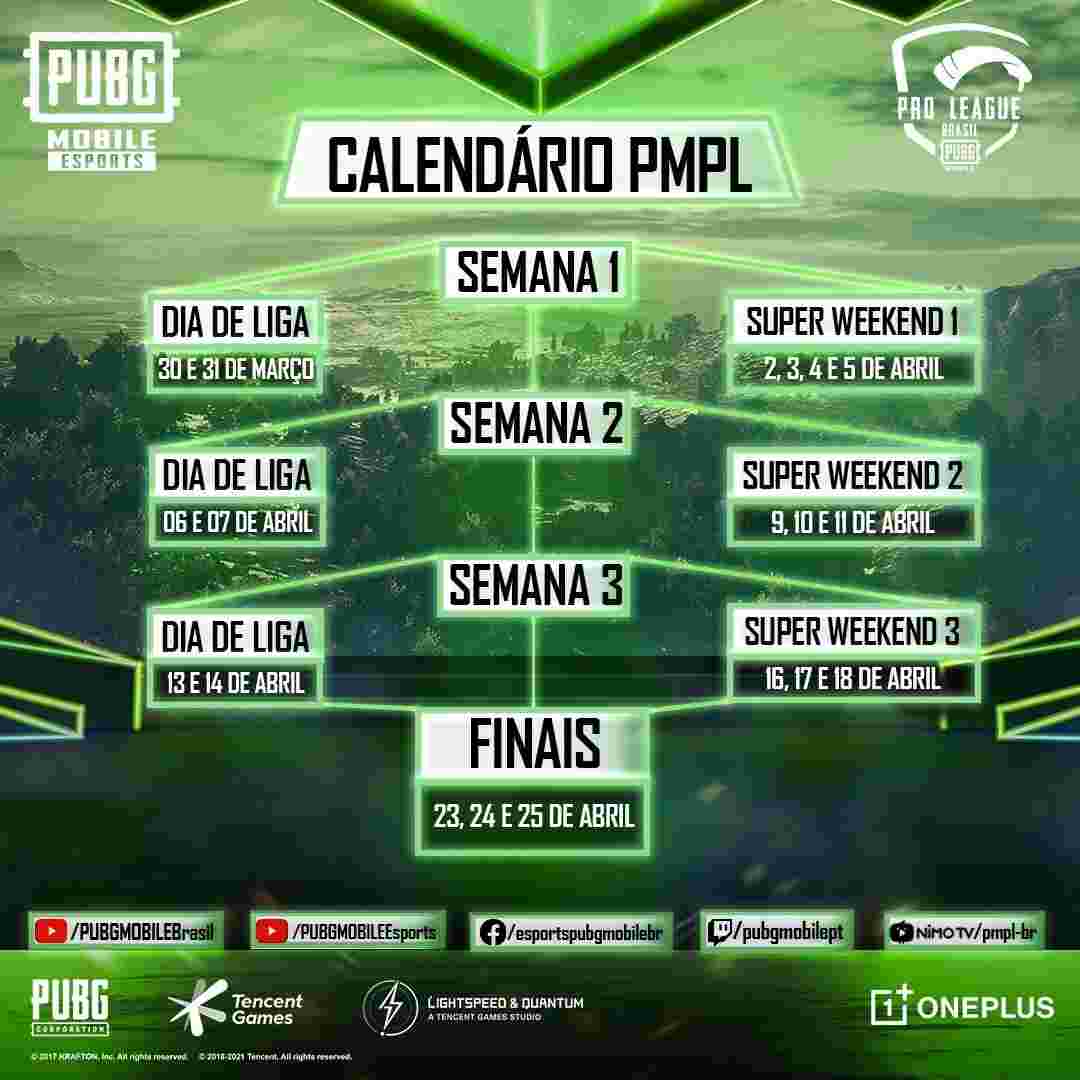 PMPL Brazil Season 1: Teams and their Groups for League Stage –

All matches of PMPL Season 1 will be live broadcasted on multiple platforms. You can watch the streams on the following platforms at 16:00 Brazilian Time which is mentioned below –

Team SouL Got Disbanded: Confirmed by Mortal on his Live Stream