Every player prefers Assault Rifles while engaging with enemies. Assault Rifles are a combination of range and damage output with speed and momentum.

This ranking of weapons will be based on the base form of the guns available in Call of Duty Mobile. You can upgrade these weapons through tokens or Call Of Duty points. Let’s begin.

Every player prefers Assault Rifles while engaging with enemies. Assault Rifles are a combination of range and damage output with speed and momentum.

HBRa3:- HBRa3 comes with a laser-like recoil that helps you carry your team to victory. This gun is beast at close range and also good at a distance. If you play aggressively then you should give it a try AR.

BK57:- BK57 comes with a high rate of fire but in accuracy and range, it is a decent gun. This gun is much like the M16, a better version of the M4.

AK-47:- AK-47 will be available at level 23 so you need to achieve the level to unlock it. Ak-47 is a high damage assault rifle, its recoil is rather nasty. This gun needs practice, once you have control of the gun you will do fine.

AK117:- Don’t confuse with AK47, AK117 comes with a high fire rate and accuracy with a decent amount of damage. This gun has minimal recoil which helps to learn those kill at the range. This is a reliable option to hit your shots consistently.

LK24:- LK24 is similar working as SMG, it comes with a high fire rate and high accuracy.

KN-44:- KN-44 comes with a high fire rate which makes it tougher at long range. KN-44 deals a solid damage per shot. 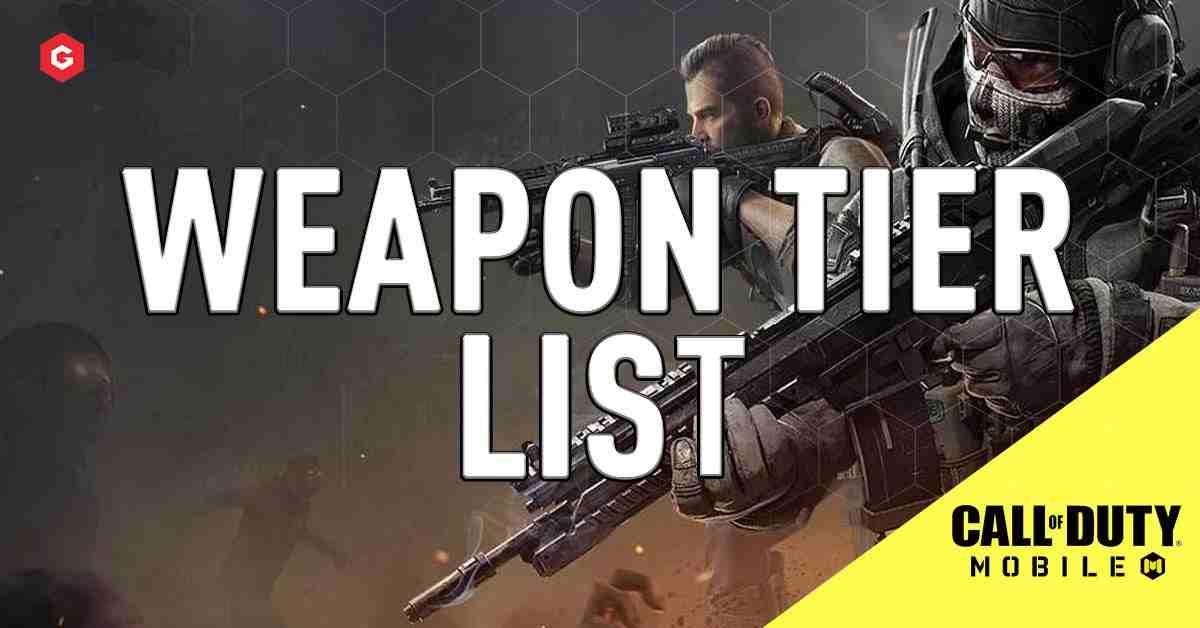 HVK-30:- HVK-30 is a mid-range assault rifle where it can be fun after you got hang of it. It’s good at close ranges but it is not good for all-purpose as some of its rivals.

ASM10:- ASM10 is similar to AK47 where it is worse than that. ASM10 has lower damage and range than AK47, in exchange, it has a tiny bit less recoil.

ICR-1:-  ICR-1 comes with decent damage at a range that can be great on larger maps but as compared to other ARs, it is worst than those.

M16:- M16 is a burst firing gun that can 3 shot kill close up. It is very easy to switch from burst mode to single-shot mode for long-range.

M4:- As M4 will be the first gun to be unlocked but unfortunately, you will not get a whole lot of stopping power.

Many players have fantastic memories of quickscope sniping shots. Call of Duty Mobile also has a large number of sniper rifles that will let you bring the dream of sniping to your phone.

DL Q33:- DL Q33 sniper rifle introduced in Call of Duty Mobile with inspiration from COD games. This sniper rifle is hard to control on mobile devices by if you can reliably learn those shots, it will deliver massive damage. Gun’s fire rate is extremely slow, if you missed a shot it can punish you. You can also use this gun in close range for no-scope shots.

Arctic 50:- The Arctic.50 unlocks on level 67, this gun is faster than DL Q33 in fire rate but the damage is lower. Arctic.50 has been used for running and firing. If you are a good sniper it will help you move faster by taking some headshots.

XPR-50:- You can get this sniper rifle at level 88 where this bad boy is waiting for you. It is one of the fastest snipers in Call of Duty Mobile, it comes with good range and accuracy. You can feel the loss of accuracy combined with an increment in fire rates. This is a bigger problem than you might be expected. This gun comes with a bonus with unlocking which gives you a chance to add a bullet into the guns after a weapon kill.

Outlaw:- This sniper rifle is known for its mobility and down-sights aiming but there is an issue. Outlaw is inconsistent with one-shot kills, unfortunately, maybe it will be fixed soon.

M21 EBR:- M21 EBR doesn’t have enough damage where it could compete with its fellow sniper rifles.

There are also a large number of Light Machine Guns, Sub Machine Guns, and Shotguns which can also be used for taking down enemies. We will talk about those rifles in another article where we will rank them in Tiers.

Light Machine Guns can also bring a lot of flexibility and success during matches. No matter which gun is better which is not, the best gun for a player is which he uses most of the time and comfortable with that.