Miguel Character in Free Fire: A great alternative for Booyah

Free Fire is loading with many characters with varying capabilities and Miguel character is the most loved character among them all.

Free Fire is coming with many characters with varying capabilities, and Miguel’s character is the most beloved character among them all. Miguel is not only the oldest character but also the favorite among the players. He is a soldier with a unique ability called Crazy Slayer. We will discuss the features of Miguel in this article.

Miguel is a Crazy Slayer that can get 30 to 80 EP from a single kill. The more the number of opponents he slays more powerful it becomes. Fierce players can go for Miguel without thinking twice.

Miguel in Free Fire is best for intense Clash Squad Modes. Clash squad battles are short, enthusiastic, and endures a lot of killings. Players are unable to use healing concoctions during heavy fights. In such cases, Miguel is an excellent fit as with each kill his EP boosts. 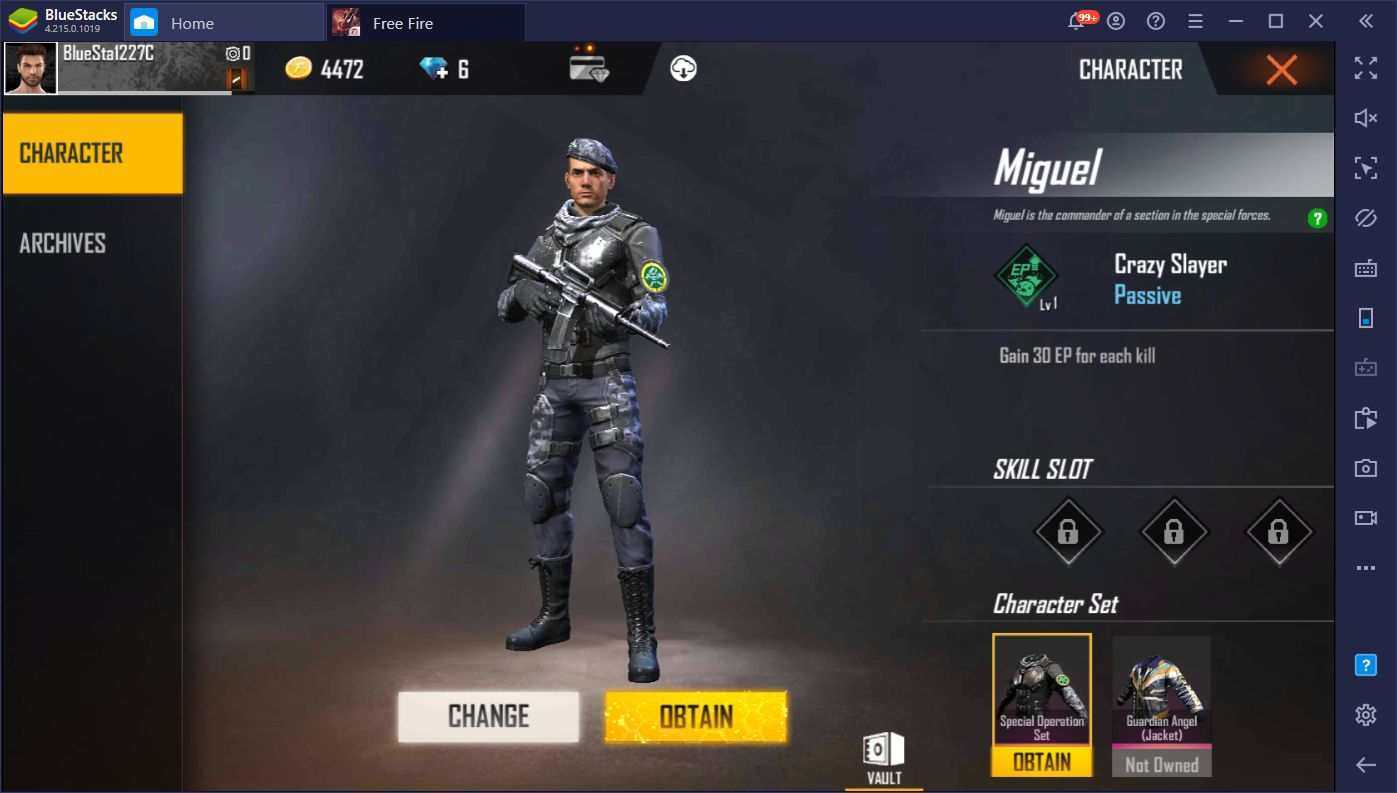 Miguel is quite helpful in short-range combats. You can use tankers and scouts in squad mode with Miguel. Miguel in the company of robust rifles helps you kill the enemies, which increases your EP. Players don’t have to stop for the restoration. You heal when you kill the opponents with Miguel.

Miguel can enhance the gameplay when used in combinations with other characters. Miguel Crazy Slayer skill works better with Kelly’s, DJ Alok’s, and Caroline’s abilities.

Kelly can move faster, which saves you from bullets and helps to attack your enemies from surprising directions. DJ Alok’s ‘Drop the Beat’ comes in handy for the squad rush when Miguel has one more tanker or scout.

Miguel is quite suitable for short-range combats. He is the best choice for solo as well as squad mode. He is an adequate tanker in squads. During heavy battles restoration time is not available for the players.

So, players can choose Miguel for such cases. Miguel helps you increase EP with each kill. It improves your HP, which in return raises the killing number.