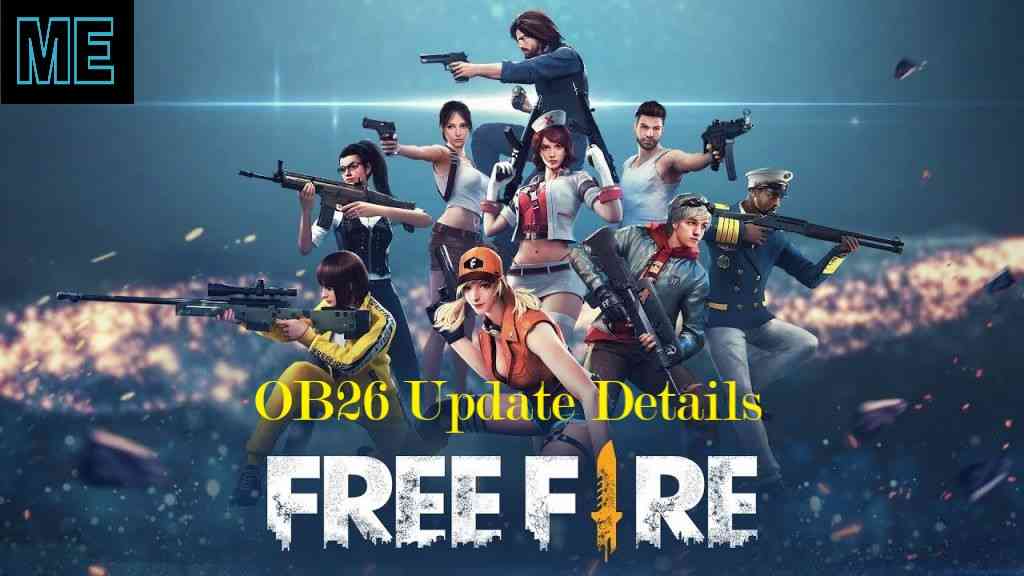 Free Fire OB26 update has released on 4th February. Players are excited about the new features, events, and functions had introduced in the latest update. This article provides complete detailed information about all the new features provided in OB26 Update in Free Fire.

The Free Fire developers are continuously announcing new updates and events to make the gameplay more exciting and fascinating for players. The game is available for both Android and iOS platforms.

Various new features had instituted in the latest update of Free Fire OB26. Here is full-fledged information that the players can see in the update. Various recent events will also take place gradually in the update.

List of all the new features available in the Free Fire OB26 Update.

The new Structure of the training ground had announced. The location of the training Ground is on an island called Batou. The map also contains a racing track. It provides more visual feedback.

A new shotgun had introduced, Mag-7. The gun has a high fire rate, and it is the best gun for short-range. A new kind of knife also introduced in the update. Some weapons were modified in this new update like UMP, Groza, M1014, M249, Vector, SVD, and Woodpecker.

The new mechanism will be available in the update for reviving the teammate in the classic battle royale mode. Players can purchase the revival card from the vending machine to save their teammate.

A new character had introduced in Free Fire OB26. The name of the new surface is Skyler, who can unleash a sonic wave.

The new pet named Dreki and has an ability that enables the players to spot 1 opponent using the medkit in a range of 10m. This ability of Dreki has designated Dragon Glare.

The Dynamic Duo partner system is add in the new update. Players can now play with their friends as a duo, and this will be increasing the buddy meter and players will also receive certain perks.

The new undoubtedly function is now available to help players communicate in a better way with each other. In this update, players can scan the nearby enemies using the new item called UAV-Lite. This unique item is available as loot or can obtain from a vending machine.

Roopasana Dhillon
Roopasana leads the Editing team at MoroEsports. She is known for her amazing creativity and value-added advice at MoroEsports. Apart from her professional background, she loves Dance, painting, and food.